Alex Wolf Teaches Summit21 How To Capitalize On Your Blackness

Alex Wolf, author of Resonate: For Anyone Who Wants To Build An Audience and Founder of BossBabe, "a lifestyle brand that teaches ambitious millennial business-minded women how to take full personal responsibility over their lives and put their happiness first," brought her New York swagger and intellect to the Atlanta Convention Center in downtown ATL during Summit21.

LINK IN BIO • TELL A FRAAENNN

For Wolf, black culture is constantly used in the media industry to conjure up revenue for those who are not the originators of its magic.

Wolf reminded the black women in the audience that they are culturally wealthy and should not be afraid to capitalize on that wealth because others attempt to do so without the special "sauce" black women innately have.

Growing up in Brooklyn and being immersed in black culture, Wolf said certain things she would do and wear, like bamboo earrings and pigtails on either side of her head, made her feel as though they were symbols of poverty to the outside world. 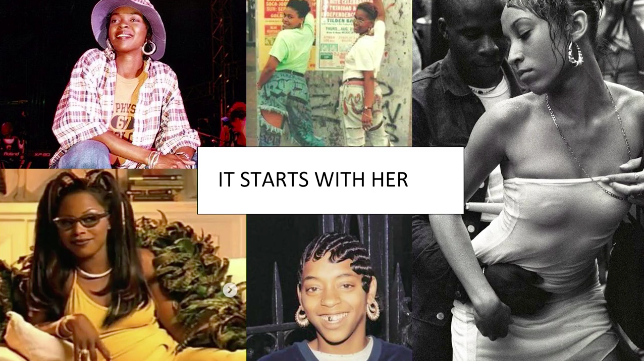 "That’s what I used to think. If I tried to apply for a job or — well, let me be honest, I wasn’t trying to apply to no job, I started a company — but if I walked into a business meeting, I just felt like this would take away from people seeing what I was about. And what’s so interesting is people in the media industry, the same people I was talking about, look at this and they see money… I grew up with women like this and I didn’t even see it."

One mistake Wolf said she sees from black women in scenarios in which they can capitalize from just being their natural selves is underestimating themselves. In turn, "when we underestimate, we undervalue." 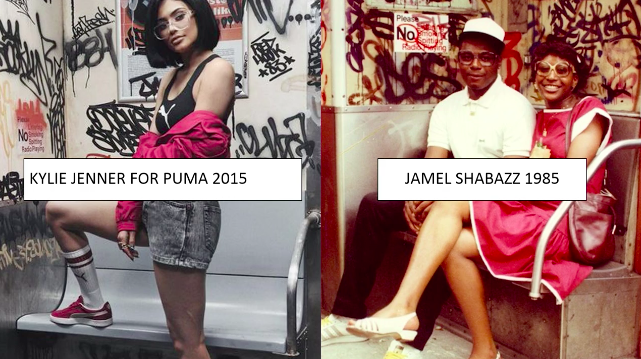 After showing a photo of Kylie Jenner posing for a 2015 PUMA ad that looked very similar to a photo taken by Jamel Shabazz in 1985, Wolf exclaimed that this blatant capitalization on black culture from non-blacks is a problem for her.

"What I learned about growing up in New York is that it doesn’t matter if it’s the grimmest corner of a project — to not be fooled by the appearance of poverty. Those walls hold so much energetic wealth from the divine creativity that festers there, from people, our people, who have nothing else to be but themselves!"

Wolf went on to share a story about a date she went on with a white guy named Todd and how he told her if it were not for Kanye (pre-2018), he wouldn’t know what to do; however, Wolf switched his phrasing to say, "He wouldn’t know what to do if it weren’t for us." Wolf said it was "cool" that Kanye was Todd’s hero because Kanye’s hero was his mom, a black woman who naturally influenced culture.

In terms of revenue, Wolf continued to make the point that we are not truly poor since we are culturally rich. Although she reminded the audience that poverty among the black community is real, Wolf believes with technology today, there is an easier connection for us to capitalize on our own because with our devices and social media, no one is in your way.

Wolf used Issa Rae and Cardi B as examples of millennial women using social platforms to fuel their respective come-ups. Three actionable steps these women use that Wolf shared through her "Issa-Cardi Theory" are:

1. Crappy Cameras: Start with where you are. Don’t worry about colors and logos and photoshoots. You don’t need that, you are already culturally wealthy.

2. No Filter On Their Blackness: Don’t underestimate how your realness/blackness will resonate with people. The whole world is in love with your culture, own it before somebody else tries to, because they will!

3. Focus On Being Relatable Not Better: You will not gain a following by bragging about how great life is. Everything is tired of that. Be a digital home girl instead. Show up as a friend, not as a competitor.

To conclude her presentation, Wolf made all the women chant with her as she yelled out "it starts with," the audience followed through with, "me!" And in the spirit of it starting with "me," one audience member asked Wolf how she could take this message back to her community and share that they hold this power/wealth within.

"First of all you want to find out how you personally would say something like what I’m saying, right? And then secondly, it starts by researching financial literacy. Start reading more books about money, start reading more books about the media industry and get yourself educated because the more informed you are, the more equipped you are to deal with and navigate this market. Inform yourself as much as possible."

Another audience member asked what should be the social responsibility for those in the black community who do capitalize off of the culture and are able to give back to those communities they fought to get out of or those they see in need and to that Wolf explained that "responsibility" has to come from the person themselves.

"It starts with us making it and, second of all, hiring people and, third of all, of course not underestimating. When it comes to responsibility, we can’t force responsibility on people and part of why I talk about it this way is that if I empower you, you get to apply the responsibility on yourself. If I’m here telling you what you should be doing and where you should be spending your money, I just don’t find that to be as effective… I don’t give people fish, I teach them how to fish. I think giving people fish, it backfires so whatever you learn pass that knowledge on; because the more we pass it on, like I said we’re sitting on a goldmine it’s just that other people are picking at it, so we have to figure out how to say ‘hold up! The only way you’re getting this is through working with us.’"