At Summit 21, Maxine Waters Gave Us A Window Into Her Own Political Philosophy

Maxine Waters is a force. Since 1990, the congresswoman from California has been doing the work, holding the powerful accountable, making them uncomfortable, and asking the tough questions. And she’s just getting started.

At this year’s Summit 21 conference, Rep. Waters graced the stage to tell audiences about everything from her upbringing in St. Louis, to her work as the first Black woman to lead the House Financial Services Committee. She also offered gems on the importance of being politically engaged. 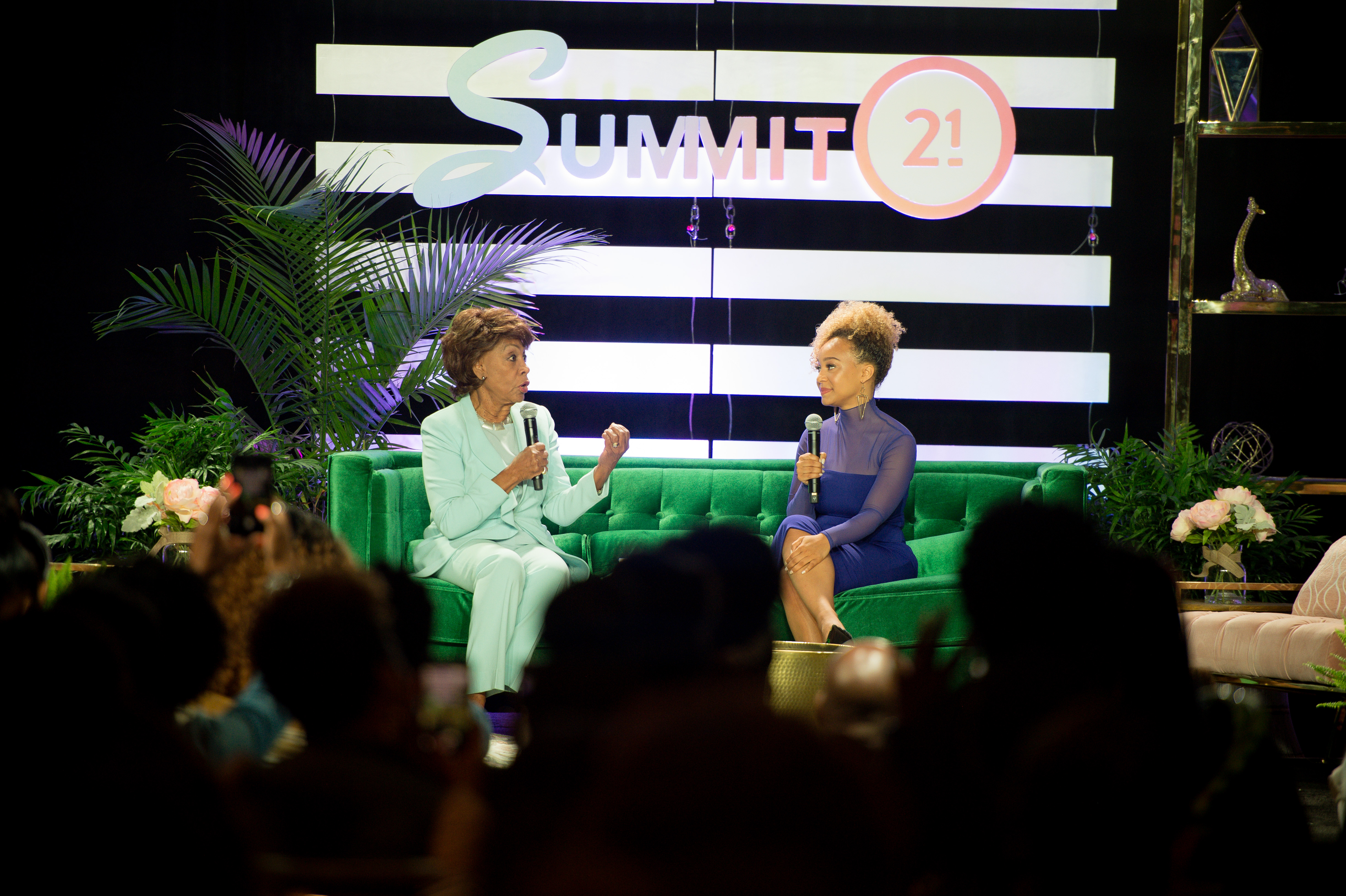 Waters was born in a small city in Missouri called Kinloch, which, as of the 2010 Census, had just over 300 people. She says a major part of her upbringing during her formative years came from the Black women in her community who gave her the inspiration to reach her goals and speak out on issues she cared about.

She says these figures, the ones who had such a big impact on those and others around her, gave her the agency and the confidence to go after what she wanted and achieve her own goals. She says she wants other young Black women to channel that same relentlessness towards achieving their dreams. 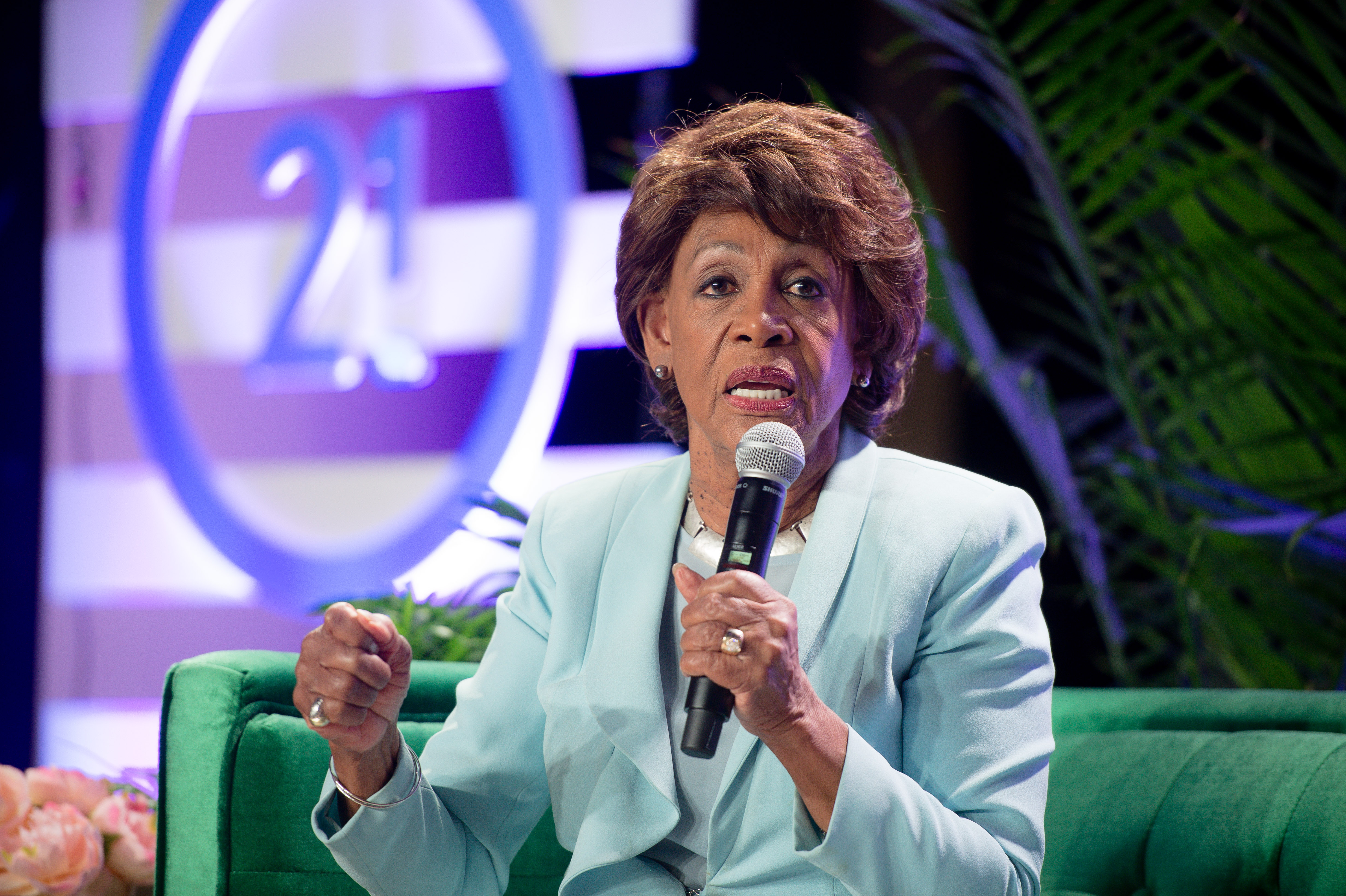 Every day in Washington, Waters holds the world’s richest, most powerful people to task. She gave the audience a little insight into her legendary showdown with Treasury Secretary Steve Mnuchin and how that viral moment speaks to her larger philosophy around public engagement and political discourse.

She says that political power, however, doesn’t only lie with those who hold office. She inspired everyone in the crowd to use their own voice, whether it’s getting involved in campaigns or putting pressure on politicians,  to make sure their needs are at the forefront.

“What do you care about? What would you like to see happen? It’s not only about you and what I can do for myself. It’s about our community it’s about our people, it’s about us now having to lead this country and lead it we can do because our numbers are significant.” 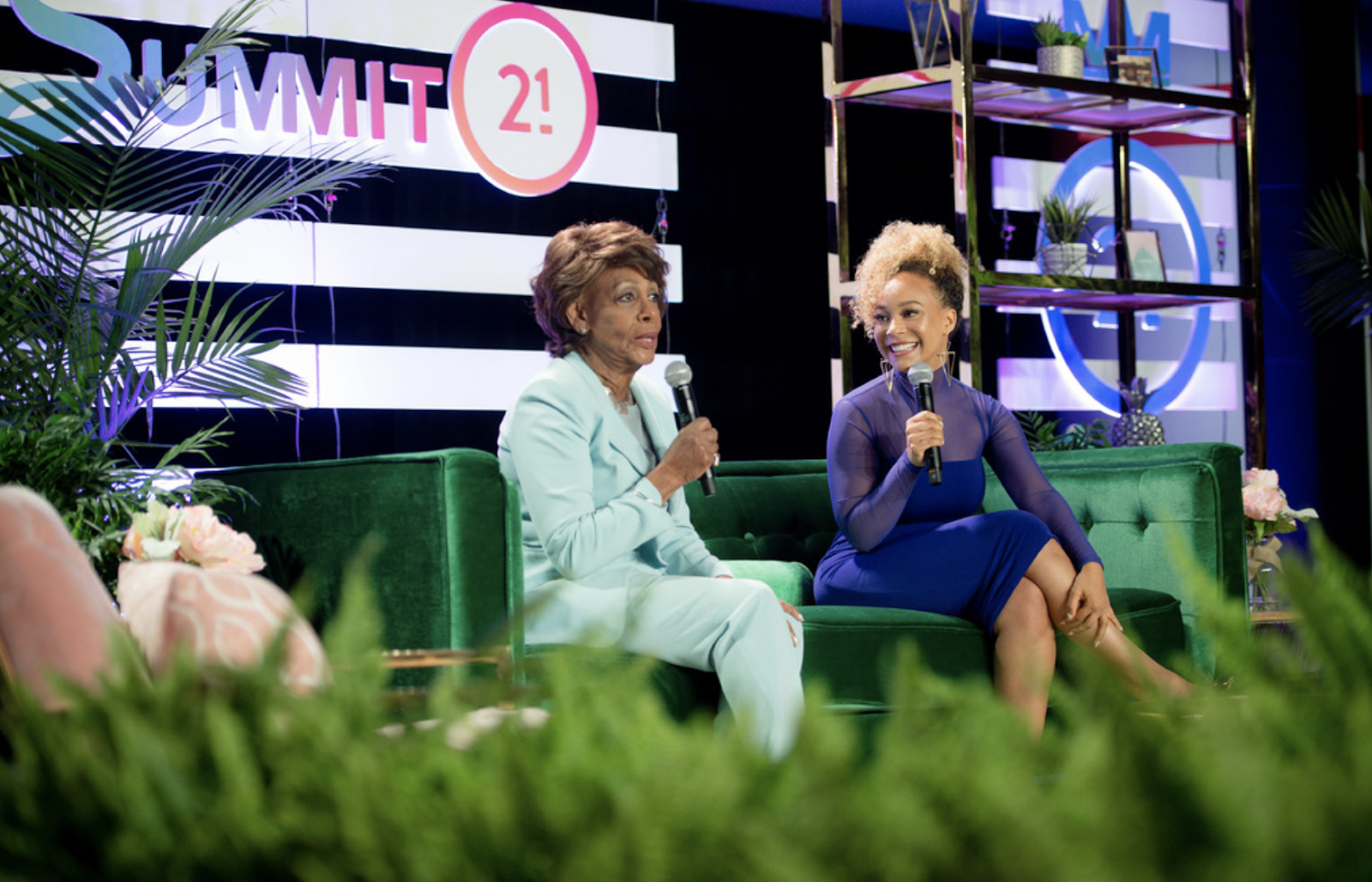 Waters says this way of thinking should inspire all Black women, who are some of the most engaged and loyal voters in the Democratic Party, to step up to the challenge of leadership and make their voices heard.

“If you’re that consistent and you’re that loyal, and you can make the significant difference, you should be able to help lead it, help run it and make sure they understand your importance.”

Waters implored with the crowd that the time is now to take the reigns and make an impact in their community.

“We must emerge as leaders. We can’t be bringing up the rear all the time, waiting for somebody else to do what we should be doing.”

Did you attend this year's conference, sis? We want to hear all about your experience! Simply submit your story to our site and we'll share your experience with the world. And be sure to check out more of the #Summit21 magic by searching the hashtag on social!