Cleo Wade and Elaine Welteroth’s Collaborative Space Is More Than An Office, It’s A Refuge Of Creative Light, Love and Support

In this new age of blossoming creatives and working collaboratively, it is not unusual to know of or know someone using a collaborative working space. Usually these spaces include the basic needs of any working person but Cleo Wade and Elaine Welteroth are showing us that a workspace can be much more than just an office. 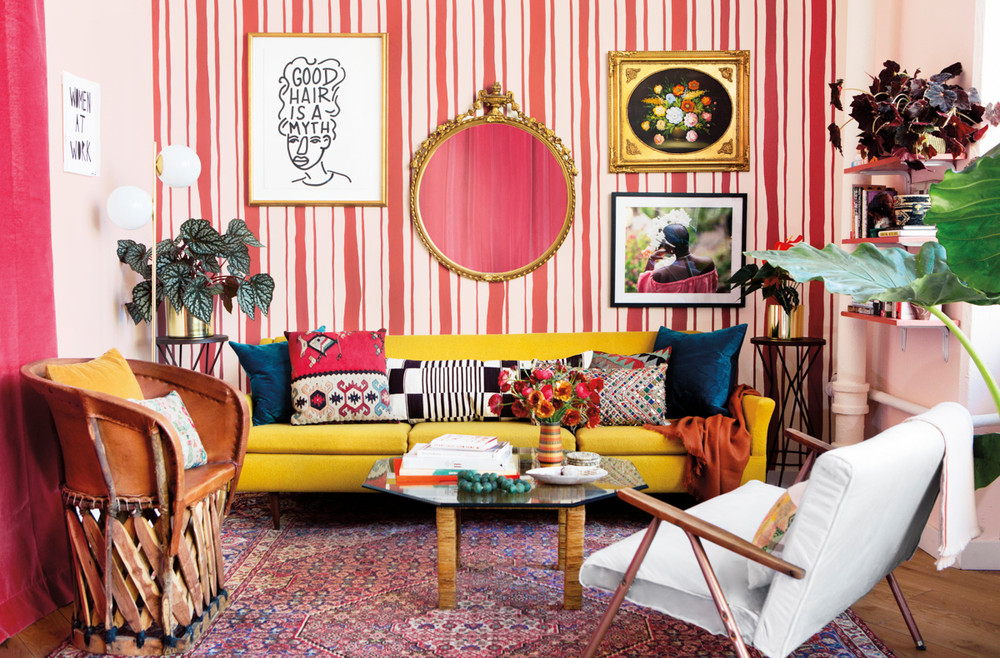 Located in the New York City Tribeca WeWork building, Wade and Welteroth’s collaborative workspace goes beyond tradition and makes you feel as though you have entered a haven filled with color, life and inspiration. According to Domino, to space is described as: "… a cozy Moroccan yurt smelling faintly of sage, with red-and-white–striped wallpaper, sequined and embroidered pillows, and surfaces covered in crystals and ranunculus. A dusky pink velvet curtain frames a glass wall, keeping the nook hidden from the prying eyes of hallway passersby. On the bookshelves: Zadie Smith, Angela Davis, Cecile Richards, Toni Morrison. Overall, the vibe is radiant as a sunflower… Potted plants and flowers brighten almost every corner. Layered kilims adorn the floor. On the wall: a mood board of favorite affirmations. And everywhere a kaleidoscope of colors and textures — rattan, leopard, velvet, sheepskin, pinks, blues, mustards, reds."

When describing how the space’s look/vibe came to be, Welteroth credited Wade, who took the lead on design and is launching a HomeGoods line in early 2019.

"She has an incredible eye and is all about more is more," Welteroth told Domino. "We live in a culture that celebrates finished products and results, and you rarely get to see inside someone’s process. I love the idea of cultivating a creative community you trust and admire." 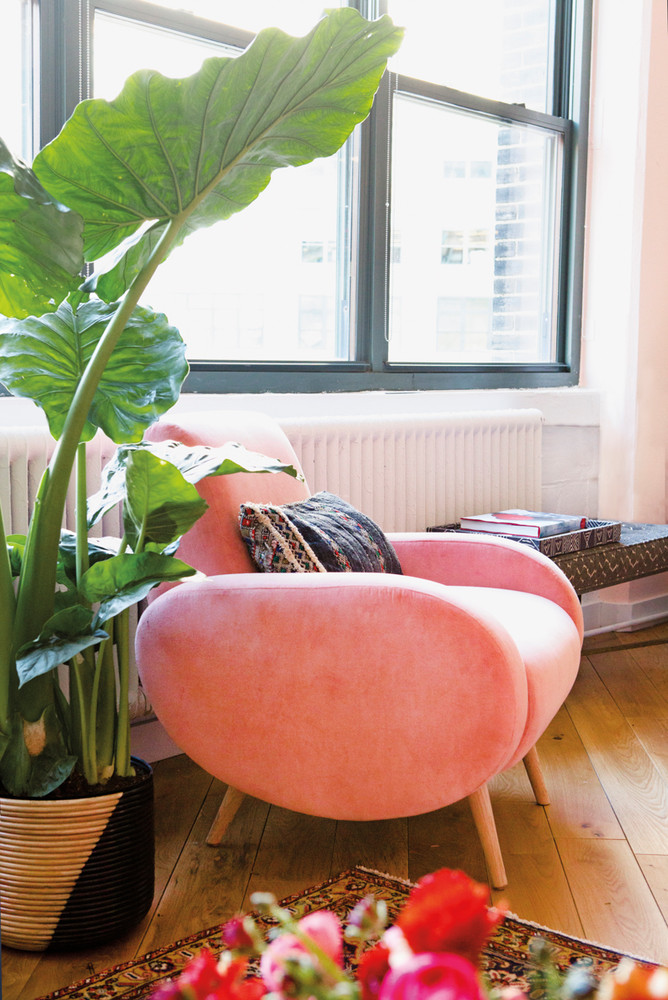 Collectively, these two powerhouses resumes alone could be used as a professional motivational tool for the masses. Wade’s love of poetry, intentional writing and teaching has touched audiences on Instagram and in her everyday life. She recently debuted a best-selling book titled Heart Talk and, according to Domino, "[s]he teaches a storytelling class at the Women’s Prison Association, hosts author talks at the Lower East Side Girls Club, and recently gave the keynote address at the annual Planned Parenthood conference."

Welteroth, known to hold many titles including former editor-in-chief of Teen Vogue, was the youngest editor-in-chief at Condé Nast during her tenor and the second black person in the publication’s history to hold said title. Welteroth was not shy about engaging in socially active content within the magazine and since leaving Teen Vogue in January, she continues to partake in projects that promote social action and her love of media including: "… a cameo and writer’s credit on Grown-ish to hosting an ABC News special documentary on gun violence that trails the lives of students from Parkland to interviewing Oprah on the red carpet at the film premiere of A Wrinkle in Time." 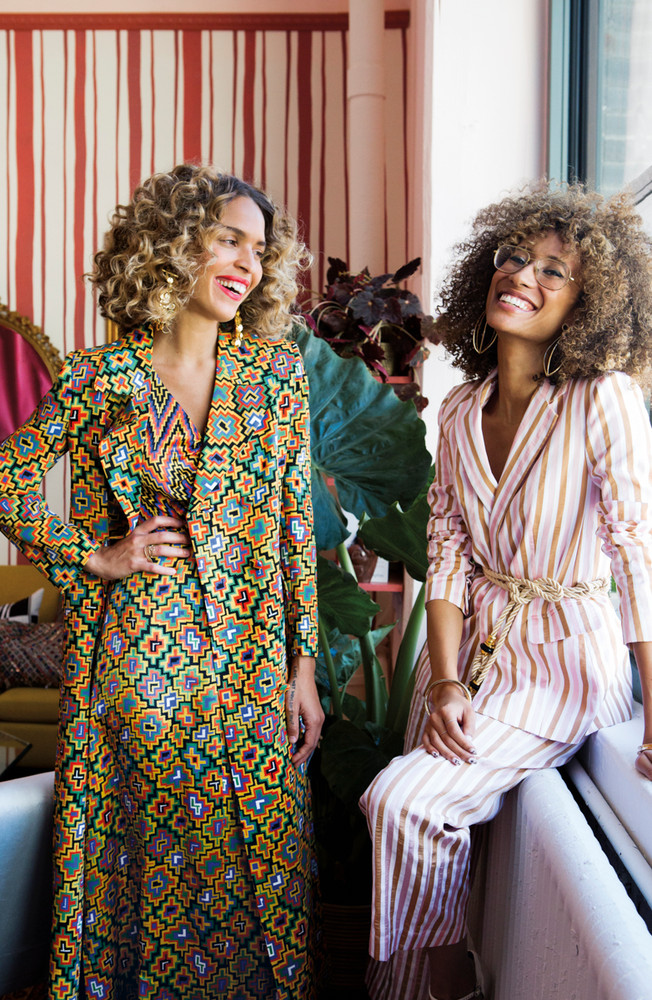 So how did this dynamic duo come to be? Like most great meetings, it happened over a great meal and an even better in-person conversation. While working at Teen Vogue, Welteroth reached out to Wade about contributing to the magazine. Welteroth admitted she was used to the "transactional, fast-paced magazine world" and was taken aback when Wade responded to her request right away with, "Hi, goddess, can we first have tea at my place?"

Welteroth said she found herself at Wade’s apartment that same night and they ate vegan sushi, talked until midnight and Welteroth felt she had made a forever friend. Wade also recalled the night saying she "wooed" Welteroth and had been following her career and impact on youth culture for a while before their meeting. 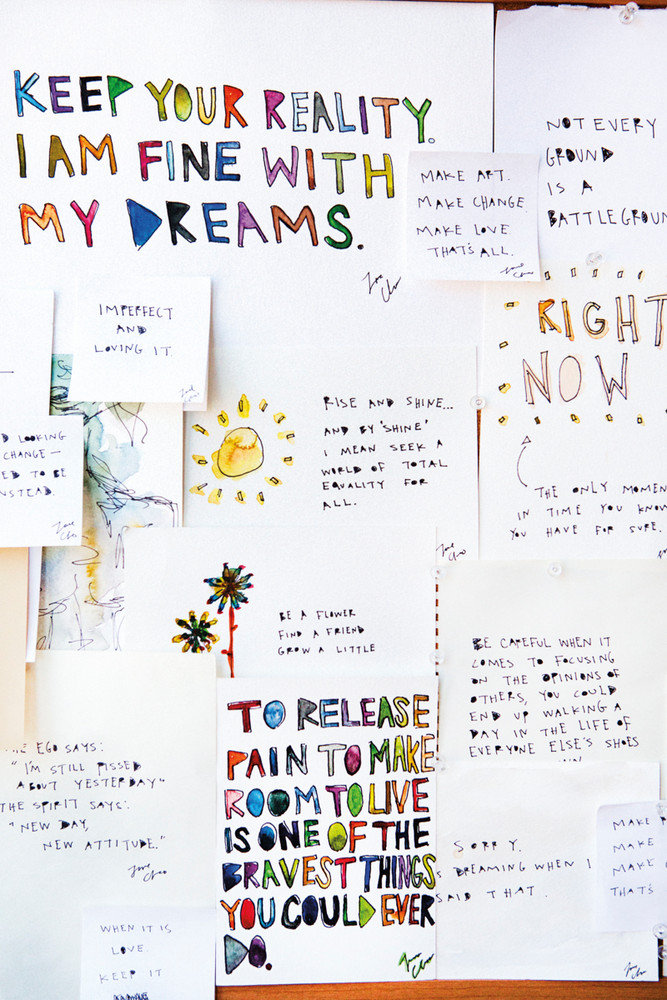 Currently, the two are working on their own individual projects but one thing they know for sure is no matter what they may be working on professionally, they will always return to their personal escape/workspace in NYC.

"It’s no longer the era of women competing and comparing," Wade said to Domino. "We’re all about constant collaboration."