Gabrielle Union Shares How 'Joy, Peace and Grace' Is Opening Doors For Her Everywhere

Gabrielle Union joined Kathie Lee and Hoda on NBC's Today to talk about several projects she is working on and she is definitely serving #MondayMotivation realness. In the midst of catching us up on her money moves, Union shared with the hosts everything going on in her life; there was a time she felt as though things were not happening to her with the abundance she saw for others (a concept so relatable in our social media driven world). Instead of questioning/comparing herself, she said she began to quiet things down, create vision boards and ask for "more joy, peace and grace." *Deep exhale*

Union said after abandoning the request for things, opportunities began to flow and she did not have to chase them; but she made it clear if an opportunity does not make her feel joy, peace or grace, it is not for her.

So what's new with the extraordinary actress and We're Going to Need More Wine authoress? For starters, Union and hubby, Dwanye Wade, will be starring in their own HGTV special called All-Star Flip. In this 30-minute show, the A-List couple take us along on their journey as they buy an outdated ranch-style house in a Miami neighborhood, fix it up and sell it.

In a press release, Union said ever since she and Dwanye renovated their home, she has been obsessed with real estate and wanted to try flipping a house. It took some time to convince Wade, but after learning the money they earned would be gifted to charity he was sold.

All-Star Flip is scheduled to air on HGTV April 12th at 9:30PM EST. 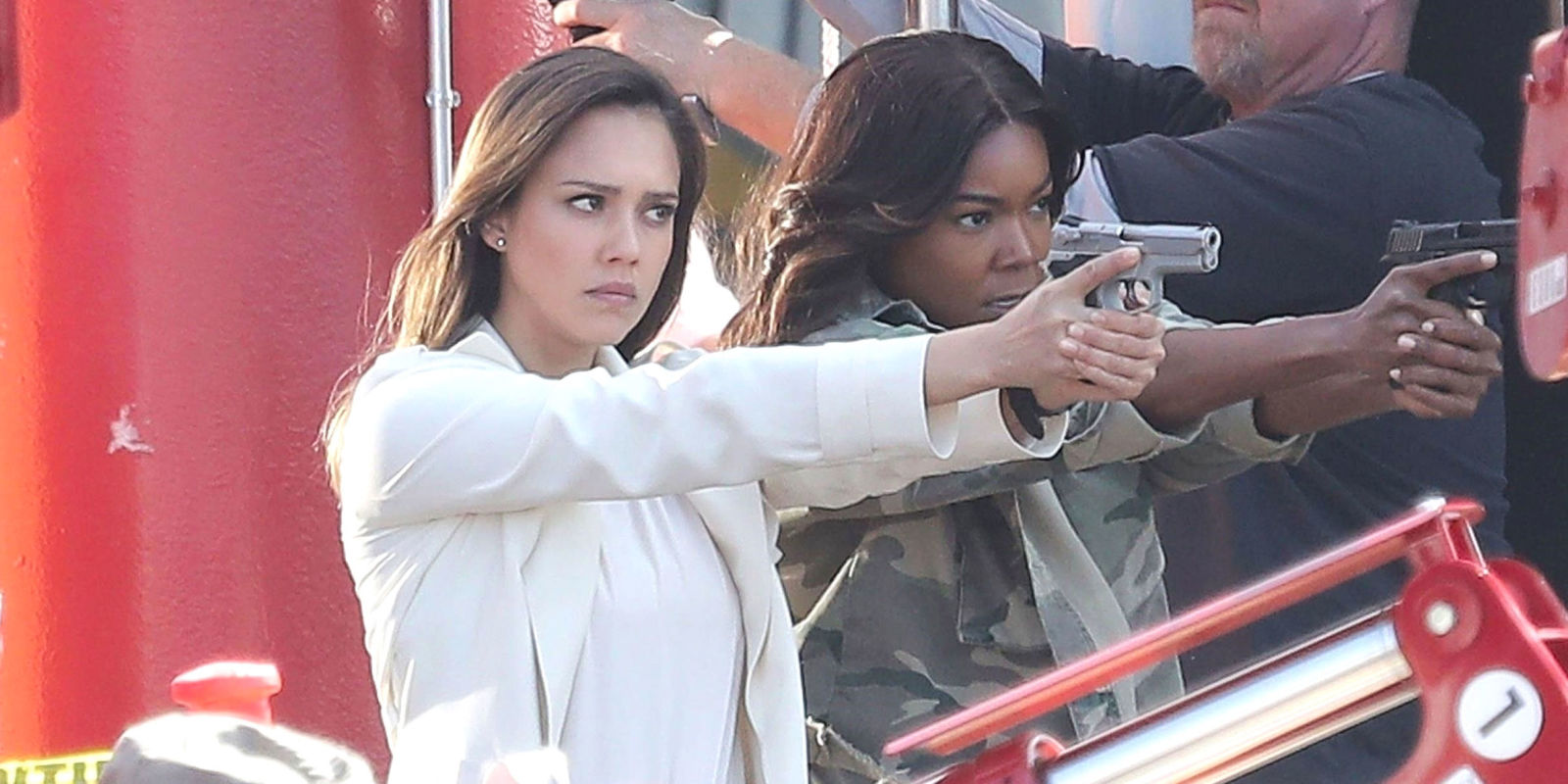 And if you still can't get enough of Union on TV (and if you are a Bad Boys fan), you're going to love this announcement. Union is reviving her Bad Boy 2 role as Special Agent Syd Burnett alongside Jessica Alba as Nancy McKenna, in an untitled spin-off series which catches up with Burnett at her new detective job with the LAPD.

A release date for the show has not yet been set, however, the series is said to be aired on NBC and Union shared on Today the name is still up in the air but they are currently considering LA's Finest.

Hold up wait a minute, ya'll thought she was finished?! Joy, peace and grace are truly making a statement in Union's new spring collection with New York & Company. The line entitled #AllTogetherNow features the leading women from Being Mary Jane and celebrates the diversity of women. The bright and captivating colors and patterns are designed to fit women of all sizes, compliment all ages and sets no limits.

The spring line is available online now at NyandCompany.com and will be in stores on April 11th.

Now that's what I call a Boss! #NiceForWhat, right Drake?