Hayley Law, the 25-year-old actress from Vancouver, is making some pretty big waves with her growing resume.

Law, mainly known for her recurring role as Valerie, a bassist, singer and songwriter on the CW hit Riverdale, has been working on her own pop-R&B EP due to be released later this year. She's also appearing on Netflix’s series Altered Carbon as Lizzie Elliot, a murdered sex worker who returns to life ready for revenge, and as Nikki in the comedy film The New Romantic.

Law has been making strides in multiple industries with her amazing roles, silky voice and captivatingly strong personality. Giving us strong Zoe-Kravitz-meets-Solange vibes on Instagram, Law is definitely leveling up to their women-empowering, chic, talented and effortless aesthetic. Mar 31, 2018 at 10:47pm PDT 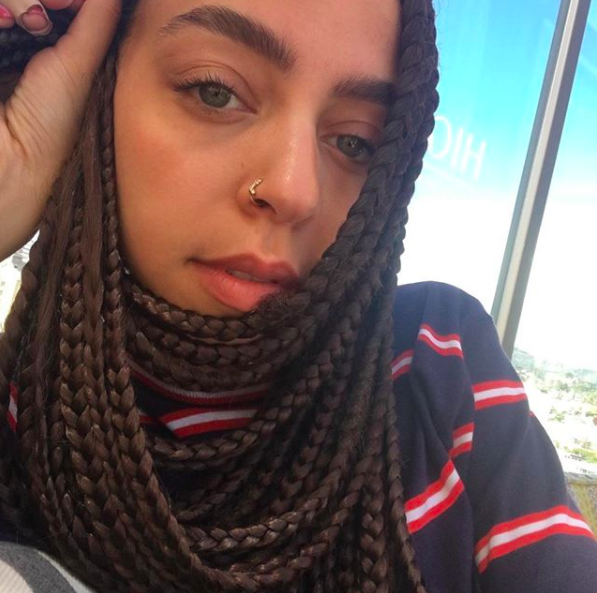 As if Law could not get any better, she has hair and skin that’s triple-take worthy — totally unfair, right? In an interview with Byrdie, she mentioned that shooting in Vancouver a lot isn’t the best for her dry skin, but some skin saviors she loves are Lush’s Ocean Salt exfoliator to get rid of any dead skin, Glossier’s Milky Jelly Cleanser, and Mario Badescu Facial Spray throughout the day. However, one of her must-haves for her daily routine is Glossier’s vitamin C serum, Super Glow.

She’s also a fan of Dermalogica’s Stress Positive Eye Lift, which comes with a metal tip that helps to cool tired eyes, as well as Charlotte Tilbury’s Goddess Clay Mask, which she indulges in whenever she gets some time to unwind.

When it comes to makeup, Law said that brows are always key, and lashes don’t fall behind. That's why her essentials list includes Glossier’s Boy Brow in Brown and Too Faced Better Than Sex mascara. Law also admitted that she loves to tune into Ravyn Lenae's EP, Crush, while getting ready.

As for her hair, moisture is key! Leave-in conditioners are game changers for curls — Law currently uses the BioSilk Leave-In and Lush's R&B. She’s also no stranger to using regular conditioners as leave-ins — her go-to for that is Aussie’s 3-Minute Miracle, which is only $4.

Feel free to keep up with (or religiously stalk, as I do) Hayley Law via Instagram — it’s 100% #goals and #inspo-worthy. 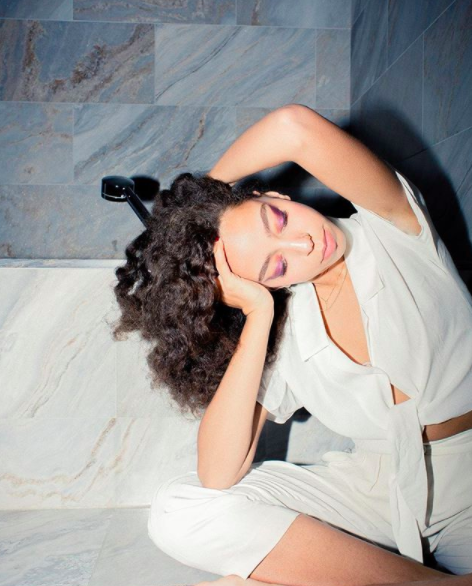