To gear up for our Summit21 Conference this year in Atlanta, 21Ninety has scored exclusive interviews with some of this year's participants.

One of this year's contributors is Angela McCrae, a film director and media expert. In an age where social media is such an essential part of our everyday lives, so many women are always dealing with pressures of beauty in society. That's where McCrae comes in. She encourages all her viewers to self-reflect and redefine beauty for themselves with her #WhereisBeauty campaign. 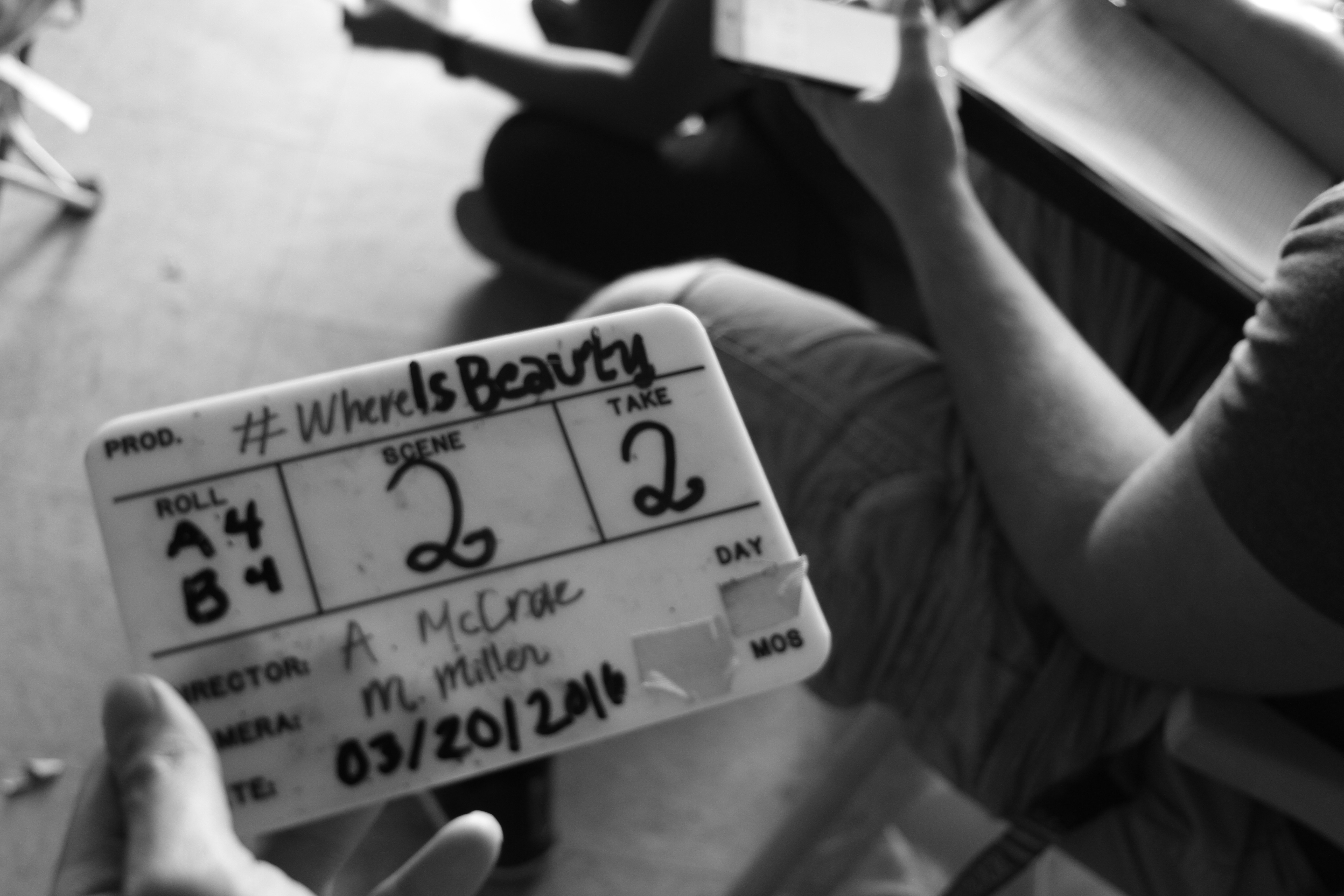 21Ninety: What do you hope people can learn/take away from following your work?

Angela McCrae: When I started working on #WhereIsBeauty with April Mabry, the writer, it was vital for me to create a film that universally spoke to underrepresented women. Often we can easily dismiss an issue if it focuses on marginalized demographic, that may not have similar lives like ours.

However with #WhereIsBeauty, my directorial debut film, I decided on an art noir style to address the pressures young women face each day when comparing themselves to beauty standards set by people that don’t necessarily look like them. I felt with our dialogue and leaning on a monochromatic grayscale with pops of color to drive the importance of digital lifestyle in our culture, would allow viewers to self-reflect and redefine beauty for themselves. The character, played by Goapele, is undergoing a personal transformation and I hope people can see and connect with that. 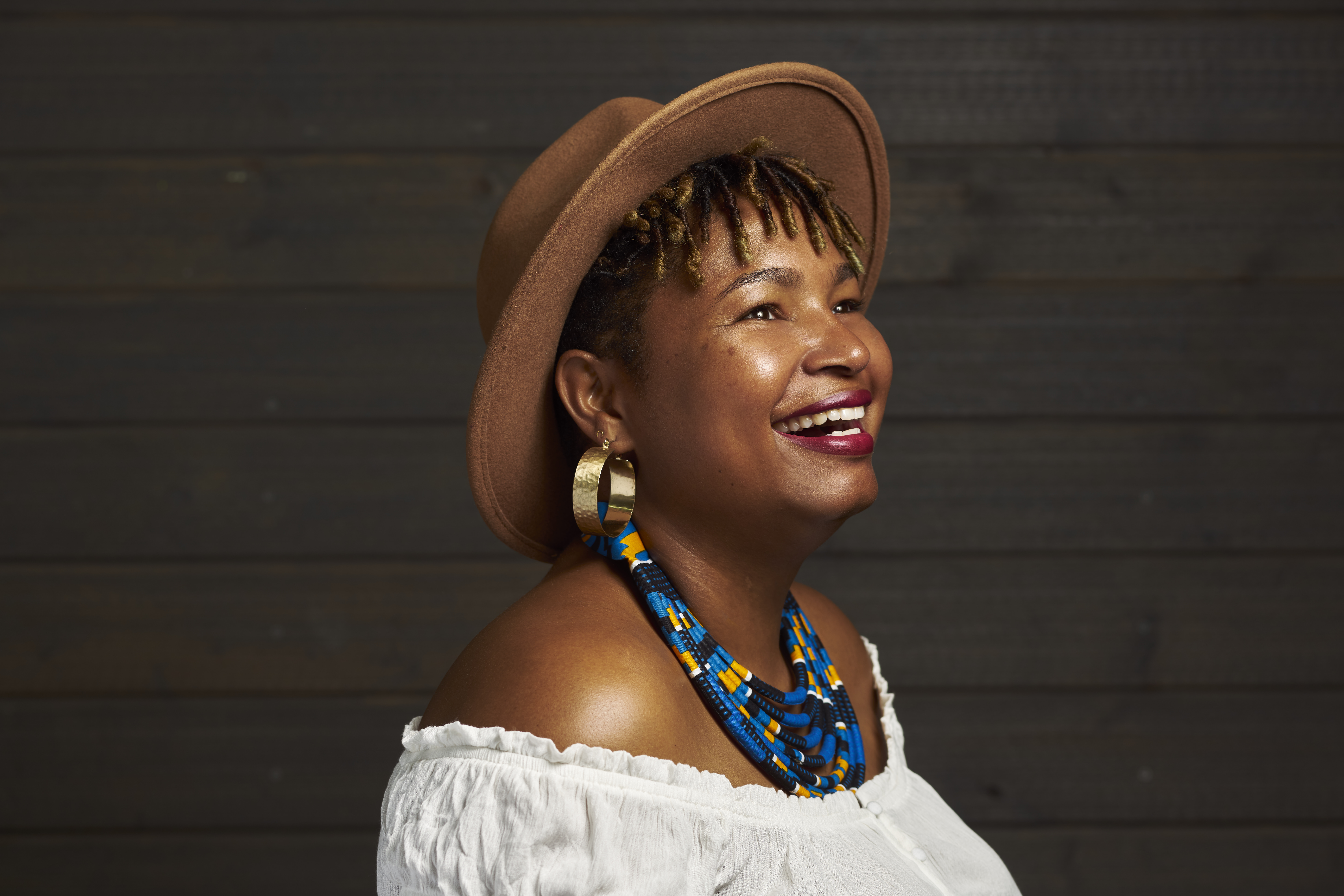 21N: How did you end up in your current role as creative director of Mama-Sans Entertainment?

AM: I’ve always been enamored with radio and television, starting with my childhood growing up in Hyattsville, MD (a DC suburb) watching BET’s Teen Summit and listening to Donnie Simpson every morning. My career began during my sophomore year at Morgan State University, with my first television internship at WBFF Fox45, which after just one year I became one of the youngest Audio Mixers for the station’s premier morning news show. After graduation, I continued my career in broadcast news but quickly realized my passion was helping others, during a semester of teaching Video Production at the Baltimore School for the Arts. I continued pursuing opportunities to leverage my television production skills to inspire young talent by working with Kellie Williams (best known as Laura Winslow from Family Matters) summer youth program developing curriculum and encouraging at-risk youth to consider a career in television by teaching them the production process and the power of media.

In 2008, I was getting restless and took a job opportunity in Los Angeles, which introduced me to the emerging digital distribution space. The move opened my eyes to all the new possibilities in film, television, and digital media. I began working with commercial and music video director Marcus Raboy, with talent such as Mary J. Blige, Carlos Santa, Shakira and more. I also saw, firsthand, how the city transforms during awards season by working with publicists, which eventually introduced me to event producing. My very first event was with Automotive Rhythms and Lincoln Motors’ inaugural LA Auto Show celebration, An Evening of Style hosted by Nia Long.

Through these combined experiences and my 6-year career at NBCUniversal, I realized the most significant value for my professional advancement was in entrepreneurship. So I decided to leave my cushy job on the Universal lot to focus on developing my talents, feeding my passion and diversifying my skills. I created Mama-Sans Entertainment, as a nod to my entrepreneurial grandmother’s business venture, MamaSans, a nightclub that was located on DC’s 14th street corridor. The company was a launching pad for my directorial debut as a filmmaker, event producer and digital impact strategist. 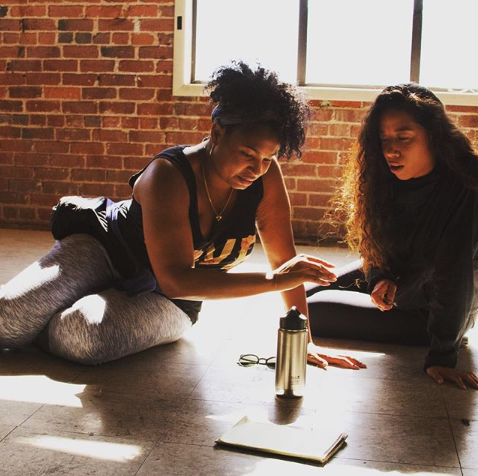 21N: How has your current role assisted you as you continue to pursue other career endeavors in the industry?

AC: At the moment, my primary client is Firelight Media, where I’m supporting all of their digital communications and marketing needs on their film campaigns and organizational initiatives. This role has helped me understand the importance of using media as a tool for social justice, organizing and community impact. Most recently, Firelight premiered their newest film Boss: The Black Experience in Business on PBS, which uncovers the 150-year history of entrepreneurship and business leaders as part of the African American experience. Through the engagement campaign, I was able to deepen relationships with national organizations and identify local advocates to help steward the importance of watching the film and celebrating leaders like Cathy Hughes, Robert F. Smith, Richelieu Dennis, Arlan Hamilton and more that were featured in the movie. These are invaluable relationships that I will take with me throughout my career.

21N: What do you think are some of the roadblocks facing women in the media/entertainment industry and how do you think we can we overcome those obstacles?

AC: One of the biggest roadblocks I faced during my career was quantifying my value, and advocating for career advancement. My first encounter was during undergrad when I found out a male colleague with less experience and less responsibility was getting paid more than me at the local TV station. I met with the news director and he completely shut me down and suggested I leave if I didn’t like what I was getting paid. Granted, I had zero knowledge of negotiation or handling this level of the meeting. However, the moment left a deep wound in how dispensable employees can be viewed. It wasn’t until almost, 15 years later that I was fully armed with negotiating skills and the knowledge of owning my value.

Through books such as Lean In, Knowing Your Value and Never Eat Alone, I was able to overcome obstacles that would sometimes stifle me and dampen my energy. So I encourage women that may be dealing with similar challenges, to pick up any of the books as mentioned earlier and attend Summit21 to hear firsthand from women leaders that will eagerly share their perspective and career stories as nuggets to take with you on your career journey.

21N: What advice do you have for people who don’t currently live on the west coast but still want to break into the entertainment industry?

I encourage anyone looking to “break into” the entertainment industry is to pick-up their phones and start telling their stories from whatever city they reside in. When I started, social media wasn’t around, so we had to cold call, write a letter, send emails, show up to offices, etc. to get someone’s attention. We also had to invest thousands of dollars into cameras, audio and editing equipment, so the resources were limited.

However, nowadays, cellphones are powerful and are capable of doing so much in minutes — we have a studio in the palm of our hands. So with that, my biggest advice is to start creating content now.

Being armed with a portfolio of works samples and gaining knowledge through hands-on experience is paramount. The entertainment industry rests on the backs of creators, so the most important thing to do is CREATE.

21N: What do you hope to gain from Summit21 this year?

AC: I’m excited to attend Summit21 year and hope to connect with amazing women leaders and entrepreneurs to identify ways to leverage content to address social issues and organically compliment initiatives targeted Black women. I’ve been following the platform and I’m very excited to see Maxine Water and all the other amazing women. Friday’s Poetry Night, hosted by Goapele, will be extra special since there will be a special screening of my film #WhereIsBeauty. I hope the film will connect with attendees and continue the critical conversation of how social media is impacting our young women’s self-esteem. With the film, my goal is to unlock new, creative ways to leverage social media platforms to instill confidence, share authentic voices in the community, and create new opportunities.