How many of us have them: body issues. No matter the age, location or race, you can randomy ask a woman to name something she does not like about her body and she will most likely give you an almost rehearsed list of things she wishes she could change.

Like most women, my body has brought no shortage of controversy in my life, having to grow up smaller than most and now going into a new stage of maturity as a woman and now dealing with the many issues that come with growing older. Our 3rd episode of @redtabletalk discusses body image and the often paralyzing effect it has on women’s hearts and minds. See you at the table… link in bio . And if you’ve personally struggled with any of the topics we discuss on RTT or know someone who has, we have a Facebook group who’s here to support you on whatever journey you may be on. Join us on the show page to discuss what you’re feeling, ask questions, and learn how to tackle the issues with others who may have been there before. We’re here for you and we’re listening.

In this week’s episode of Red Table Talk with Jada Pinkett Smith, Willow Smith and Adrienne Banfield Norris, the women explore their unspoken body insecurities. Norris shared that, as an older woman, the pressures of staying youthful constantly surround her and while she is an amazing looking 64-year-old, she struggles with feeling fat even though she said she know she’s not. Willow opens up about her slender physique and how her body type has often made her feel undesirable in the past compared to her curvier friends. Pinkett Smith and Norris also bring Willow’s underarm hair to the table to ask her why she chooses not to shave that area, but the 17-year-old simply says she isn’t looking to make a statement, she just chooses not to.

While addressing these issues amongst each other and also sharing what they love about one another, Pinkett Smith revealed she has been quietly suffering with hair loss. For years, the actress has found great pride in having naturally long and thick hair. She has experimented with all kinds of styles, including short cuts by choice, but now she is fearful her hair will not return to its former glory. 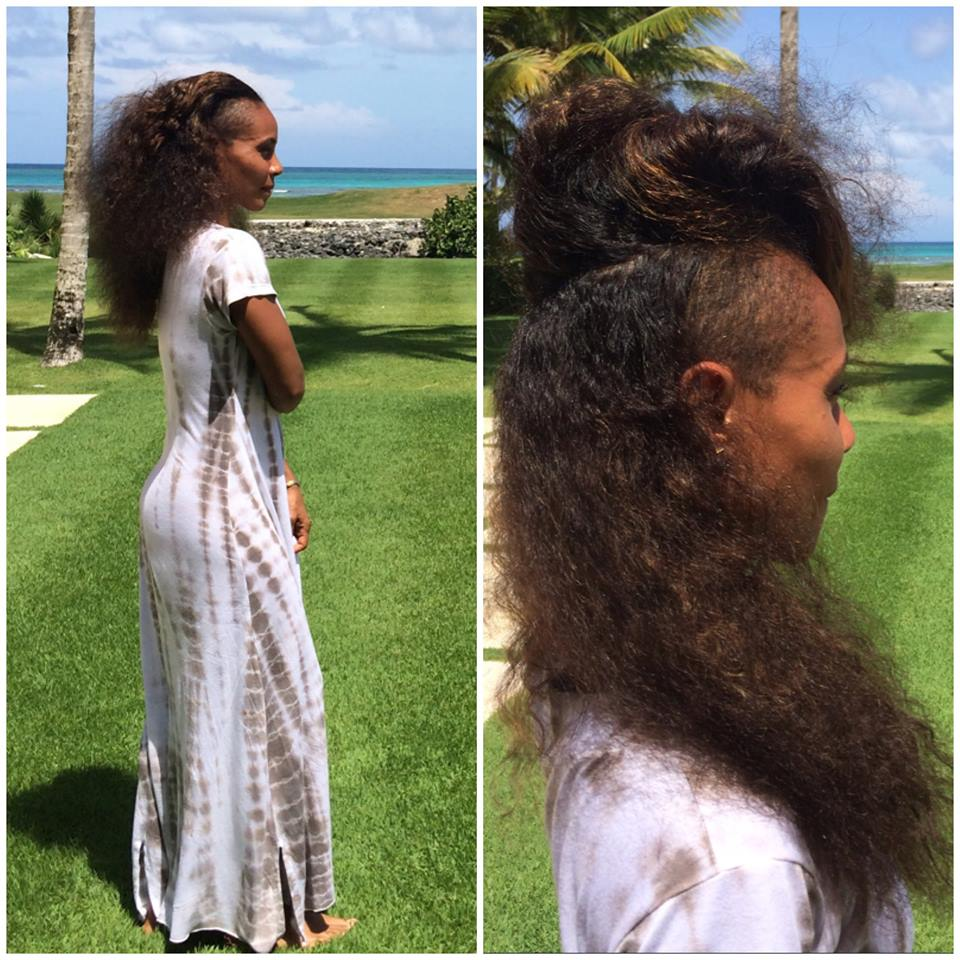 "I’ve been getting a lot of questions about why I’ve been wearing this turban. Well, I’ve been having issues with hair loss… it was terrifying when it first started. You know, I was in the shower one day and then just handfuls of hair just in my hands, and I was just like 'Oh, my God, am I going bald?'"

Pinkett Smith went on to say her hair loss has proven to be one of the scariest times in her life, especially since her doctors have not been able to identify to cause. Norris chimed in saying "stress" and Pinkett Smith agreed it may be stress, but no one is certain. She described the task of caring for her hair as a "beautiful ritual" and acknowledged her need to deal with this condition from a spiritual realm to get through it mentally.

"Even in my terror, and even in my fear, and in the moment of just going, ‘Oh, my God, like why are you so terrified that you might lose you hair?’… the higher power takes so much from people. People are out here who have cancer, people who have sick children. I watch the higher power take things every day and, by golly, if the higher power wants to take you hair. That’s it? God, you want my hair? When I looked at it from that perspective, it really did settle me."

That new freedom for me means… not expecting anyone to love me more then I love myself:) Bout to go live at Five PDT/Eight EDT on the @RedTableTalk Facebook ✨ Link in bio

During the show, Pinkett Smith shared with her "Facebook Family" three ways she likes to style her turban. And although this experience has been rattling for her, Pinkett Smith reminds everyone there are things we all do not like about ourselves or wish we had, but we should all work harder to love ourselves, flaws and all.

Near the conclusion of the episode, while answering questions from the audience, Norris noted how much easier it was for her to bring attention to the things she didn’t like about herself in comparison to how long it took for her to list the things she loved about herself. That realization sparked Pinkett-Smith to pose a challenge to her family and the viewers:

"Maybe we should do that as a ritual. You wake up in the morning and then you give yourself three things that you love about yourself. You look in the mirror, first thing to start your day off. And you know, do it for a week and see if there's a change, you know?"

Challenge accepted! What are three things you love about yourself?