Over the last few years, there have been a number of PR nightmares for leading corporate brands. Let's recall when H&M came under fire for an advertisement featuring a young, Black boy in a green hoodie bearing the words "coolest monkey in the land." Or, remember when Dove tried to depict a Black woman turning into a white woman? It's tone-deaf advertising campaigns like these that will continue to happen unless the industry becomes more inclusive and diverse because, let's be real, only a woman of color can truly challenge the status quo and demand for our voices to be heard in the room. That's why it's deeply important that Black women in the PR industry come together to educate and empower one another to reach the top of the corporate ladder.

Netwerk to Networth (N2N) is a female-led and fed, collaborative event series by The PR Girl Manifesto and Personally Rachel Group. Co-founded by Rachel Gordon and Fatou Barry after meeting on Instagram, N2N is designed for "purpose-driven women where attendees can learn from each other and connect on an authentic level." Since kicking off back in January in New York City, the tour — whose sole purpose is to provide tangible career advice from some of the leading women in art, tech, media and communications directly to college students and young professionals — has catered to roughly 350+ attendees and secured sponsorships from Samsung, Red Bull, Ciroc, DevaCurl, Boxed Water and more.

I had the pleasure to speak with Gordon and Barry on why they created Netwerk to Network, what important skill every publicist should possess, and how Black PR professionals can bridge the gap of diversity in the industry. Rachel Gordon: Fatou and I have bred in the same circles, both being from the Northeast and being in the PR/Communications industry. So we've always followed each other on social and supported each other from afar. She has a platform, called The PR Girl Manifesto, which we ended up partnering and doing a takeover on their Instagram — and it was really amazing! I loved doing it. And at that point, we realized how much synergy there is between our brands and our missions. One day, she was like, "Hey, I want to get on a call." So we put some time on our calendars. She was like, "I really want to do this event that tells a story about women collaborating in a really genuine way." I was like, "I love it!" She went on to say, "I'm thinking our home cities, New York and Philly." And I told her that I think we just do the whole U.S. She was like, "This is crazy, but I'm with it!" [laughs] So we just started playing. Of course, she had her respective team from The PR Girl Manifesto and her agency, AB Media Group. And I had mine PR Group so we just fused the team and it grew from there. It's been a crazy-crazy nine months.

Fatou Barry: When we met in New York, that was the first time we met outside of calls and video chats. I always think that that goes to show the power of being able to collaborate with other women, or just what can happen when you take that first step to work alongside someone who, you may not know in real life, but you know that there's energy there that would flow. I think that's why we're both such big advocates of women reaching out to each other on the internet — slide in there DMs, or comment on that person's picture and set up that meeting because you really never know. 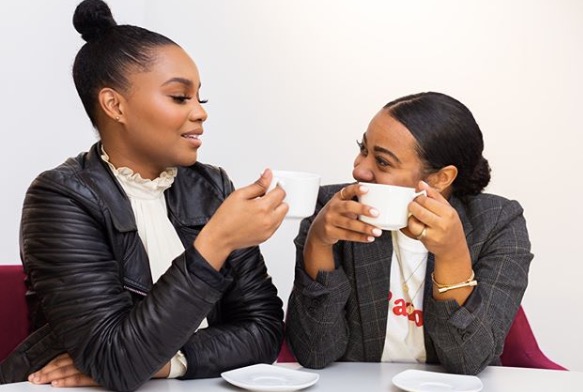 FB: When in this age — well, we've always been in this age — where women can do anything. But I think it's time for us to uplift women of color. It's important for us to be producing events like Netwerk to Networth, it's important for us to be pouring into the next generation or just our fellow colleagues and peers. One acknowledgment, or one "I got you, let me know show you" can take a person so far. And I think people underestimate how effort really empowers others to do their best. So for us, it was important that we didn't just do this tour to reach women of color that we in our own backyard and communities, but actually traveling with this tour to tap into those demographics in each city that we've been too.

RG: To go off on that — It's important that we didn't just empower individuals, of course, we want you to come out and be inspired but we realized very quickly that we were empowering creativity and we were empowering actual collaboration. After we had our first events in New York and Philly, we noticed that a lot of these women who came to the events alone are not working on projects with each other that they met. So that was really cool for us to see women join forces and foster their creativity.

FB: Man, I feel like I can go on and on [laughs]. Honestly, what I've come to find really helps people is the value of relationship building and networking across. The PR industry looks a lot different than what it used to be, so I think people are always interested in who's at the top but they really should be networking with people who are around them. So for example, the reporter that you may need in a year might not be in that position right now, but they're being groomed and cultivating towards that. So I think being able to hone in on the community and network across is something that is underestimated as a skill, which is ironic because PR is all about building relationships. But you'll find that a lot of people don't know how to cultivate relationships that could actually help propel their goals and their client's goals.

RG: I think just also knowing what PR is because I think it's very misconstrued. Fatou and I talk about all the time about people who come to us saying, "Hey, I need a publicist." And then the asks are not aligned with the job description at all. For me, I'm now shifting from being a publicist to positioning myself a creative agency due to what my real passions are. The PR industry is so ever-changing, it's important that you know what you want to do and you're understanding what that is. Instead of calling yourself a publicist, but you really want to do events, then you're making sure that you're marketing yourself properly so that people understand what it is that you do and how you can serve them. 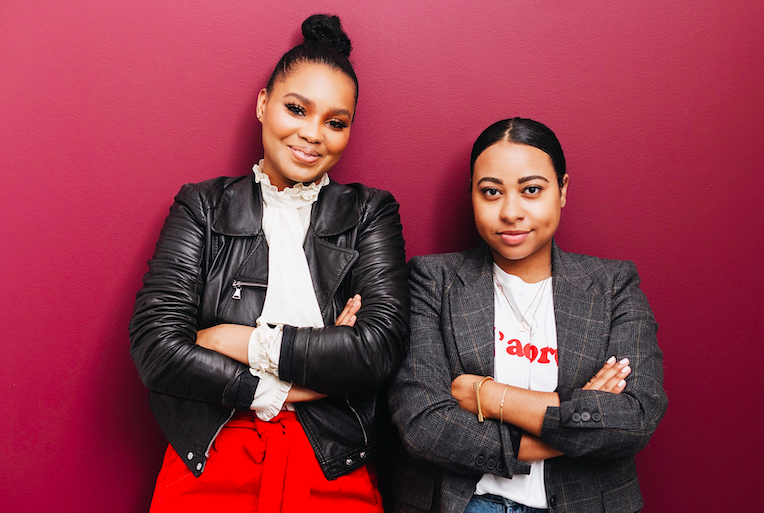 Tribe – we did it, we’ve officially wrapped up our 2019 #netwerktonetworth tour. Can’t think of any other place more fitting to end our tour than LA. Thank you to Los Angeles for showing us so much love during #N2NLA, we shared so many special moments this weekend. Much love to our friends at @WeWork for hosting us for another amazing Happy Hour, the amazing Chef @lallaminala for providing attendees with delicious bites, and our friends at @Ciroc + @lapintapomegranate for making sure our cups stayed filled! __ 🎥 @dvvinci

21N: I know you both just wrapped your national tour, but what we expect to see from you and Netwerk to Networth in 2019?

FB: We're big on innovation, I think that's something that blended itself really well, we just enjoy trying new things. So I think there's a lot in store for Netwerk to Networth — we've definitely already started planning our 2020 tour. So our ultimate goal is just trying t do better than what we've done before. Trying to provide more value. Trying to provide a better experience. That way, when people come to our events, they can really feel that we strive to provide them with the best experience possible. So we're looking at programming, we're really looking at everything that we've done on this past tour down to see what gaps we can fill and how we can elevate the experience for attendees.

RG: We're going to be announcing where we're touring in 2020 in the next month. And in addition tour stops, we're going to be doing more programming so that there are more opportunities to get the full experience. Like Fatou said, innovation is big. We're never going to put on the same event twice so we can provide a valuable and tangible experience for our attendees.