The Met Gala 2018 Looks That Took Our Breath Away

New York City was set ablaze by saints and sinners alike for the annual Met Gala. The 2018 theme was Heavenly Bodies: Fashion and the Catholic Imagination and many of the star-studded went all in to shine on the red carpet.

The epic night of fashion is held yearly at the Metropolitan Museum of Art and, although the lavish looks steal the show year after year, this benefit event helps to support the Metropolitan Museum of Art's Costume Institute. It also serves as the department’s grand opening for their annual exhibition. This year’s hosts were Anna Wintour, Donatella Versace, Amal Clooney and our fav, Rihanna.

So let’s hop into some of these incredible looks from women of color on one of the most daring nights in fashion: 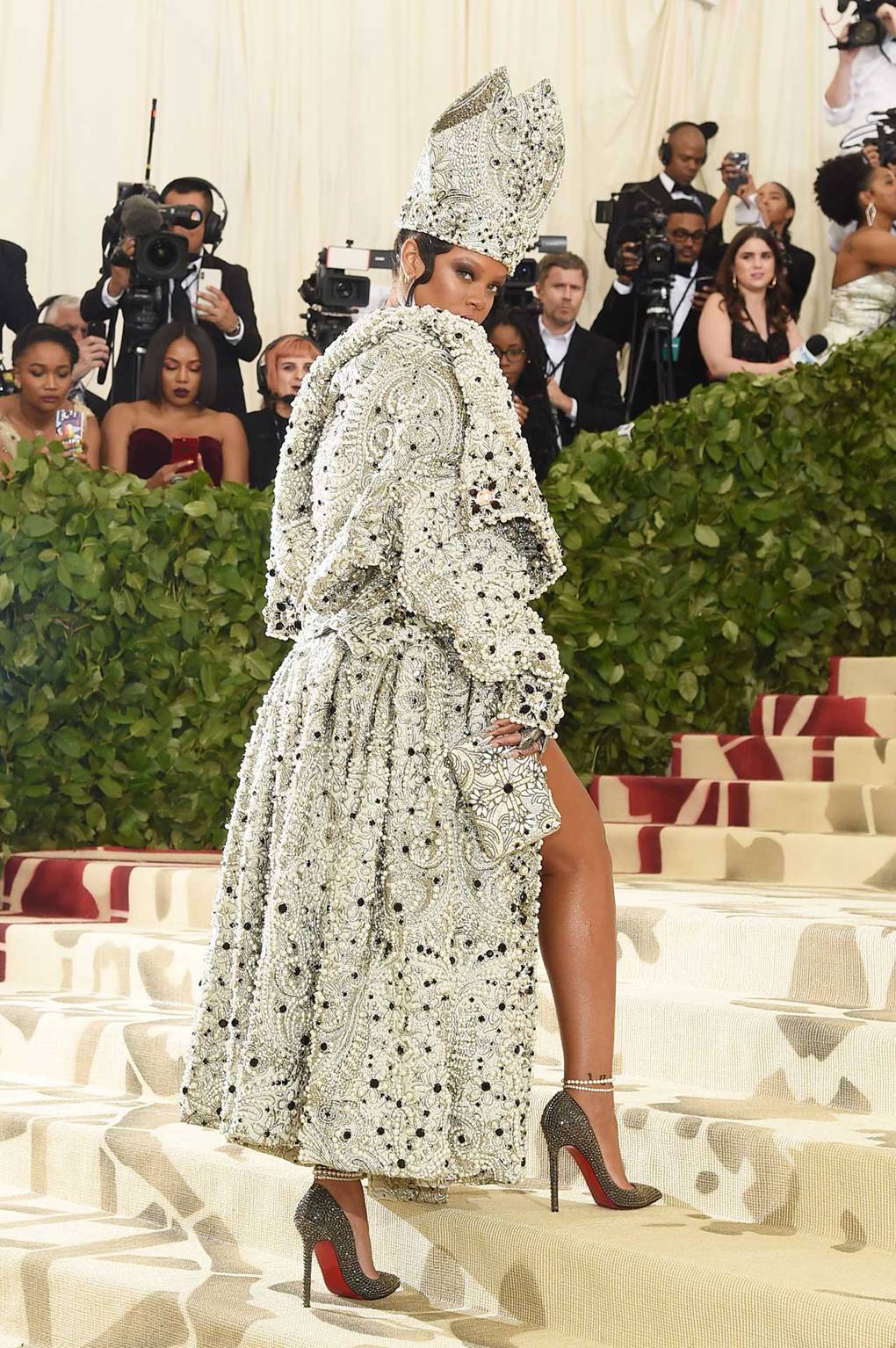 Rihanna wore a papal-inspired outfit with a breathtaking headpiece! Her outfit was from Maison Margiela by John Galliano. 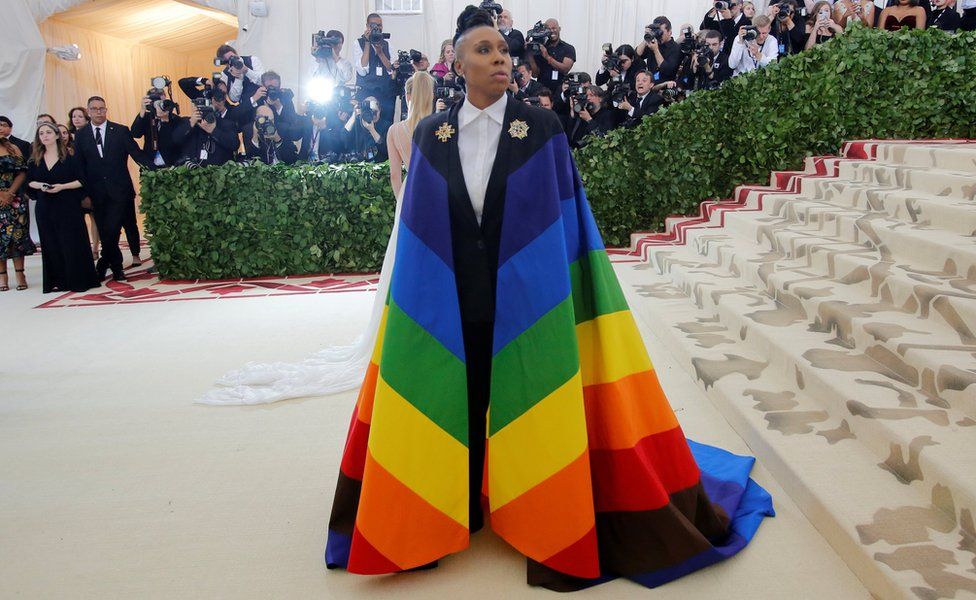 Lena made a powerful statement wearing a multi-colored cape to proudly represent the LGBTQx community at the Catholic-inspired themed gala.

SZA showed up looking like an Earth angel in her Altelier Versace gown and Chrishabana headpiece. 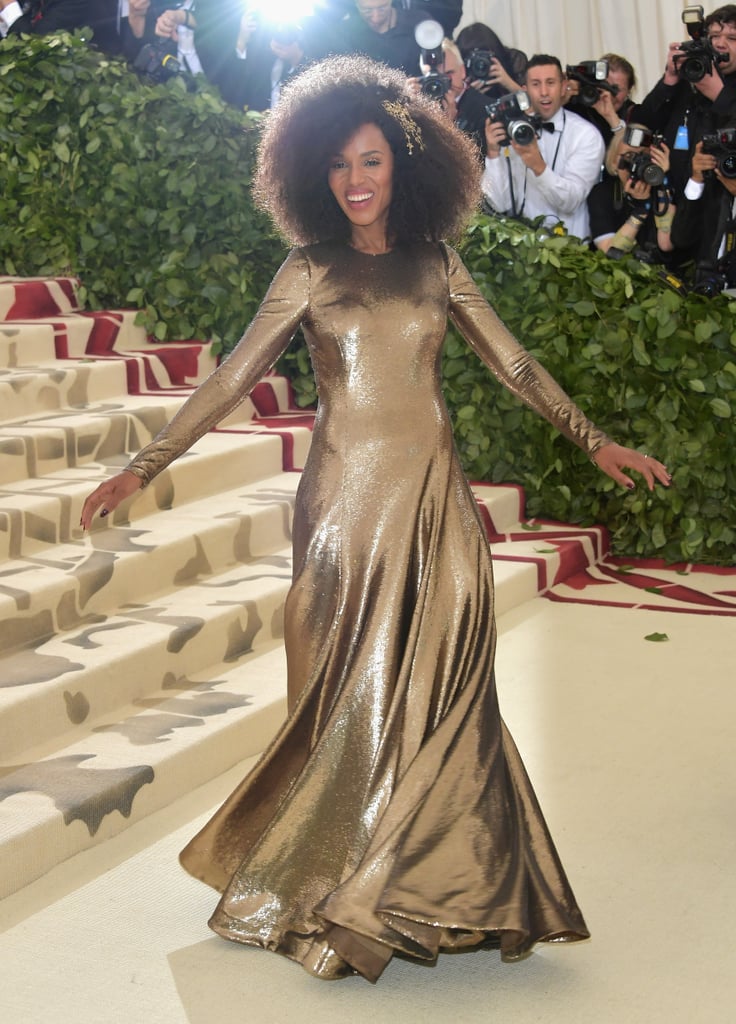 Kerry stepped out looking like a golden goddess in her gold Ralph Lauren dress.

Solange gave us heaven and hood-chic with her black Iris van Herpen dress and braided-halo/durag combo. 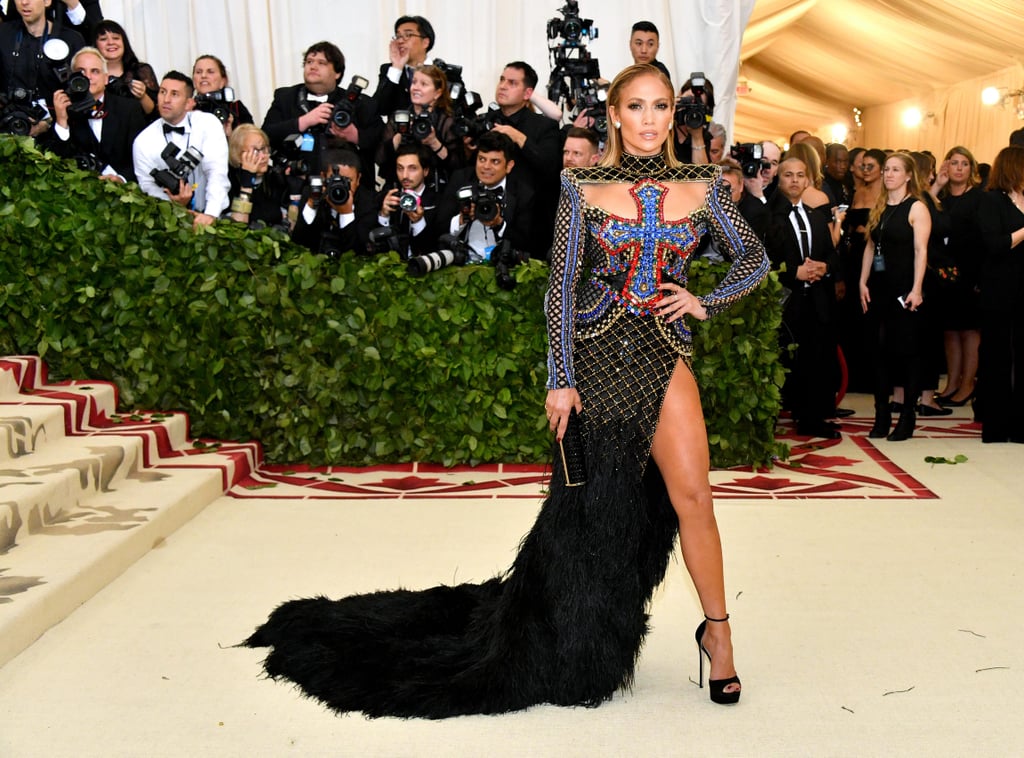 JLo stepped out leg-first in this Balmain dress, not to mention she debut a new sleek bob hairstyle.

Marjorie, with her flower crown secured around her up-do and styled in Dolce & Gabbana, looked breathtaking. 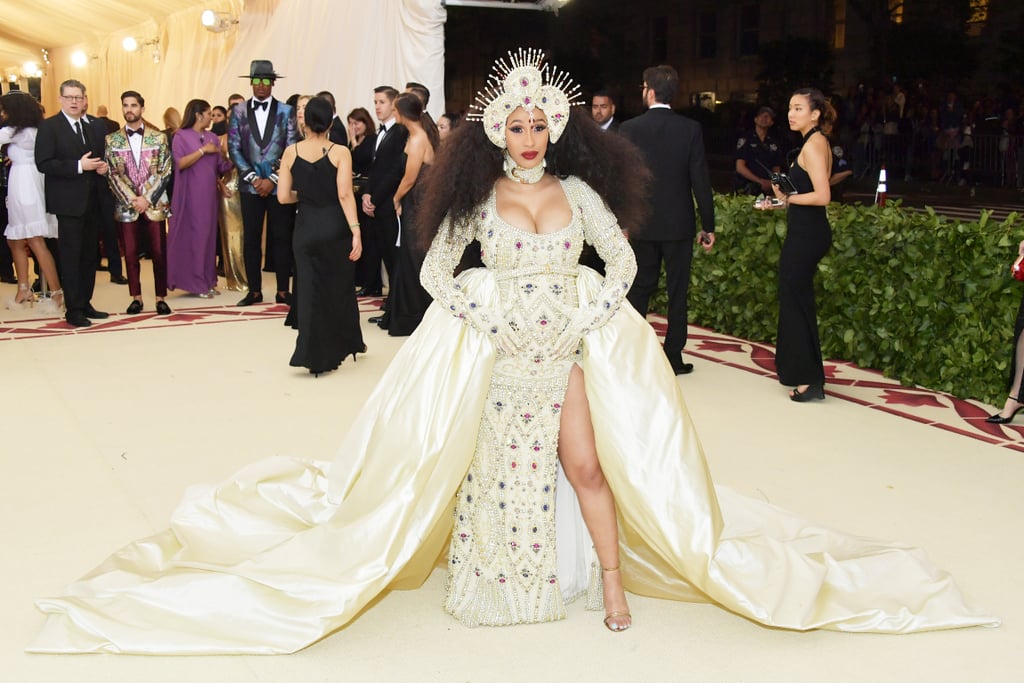 Cardi showed the essence of a heavenly mama in her embellished Moschino gown. 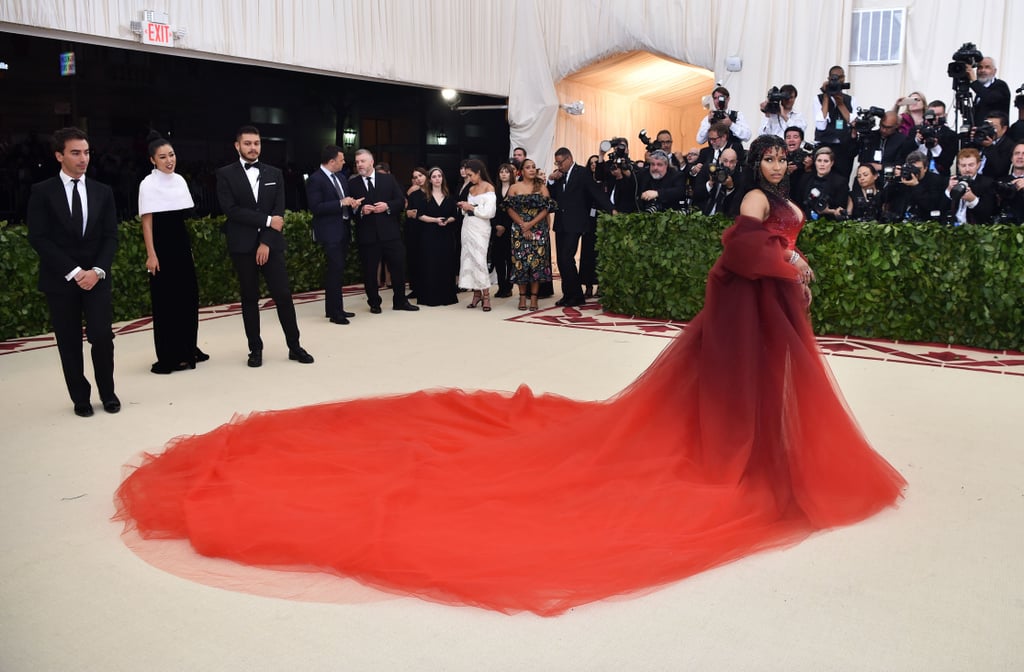 Nicki "been on" and played into her devilish side with an Oscar de la Renta gown. She also dropped the title of her new album Queen on the red carpet and shared that fans can look forward to the EP on June 15th.

Priyanka dazzled the crowd with her Ralph Lauren gown and stunning golden hood made of red Swarovski crystals and gold beading. 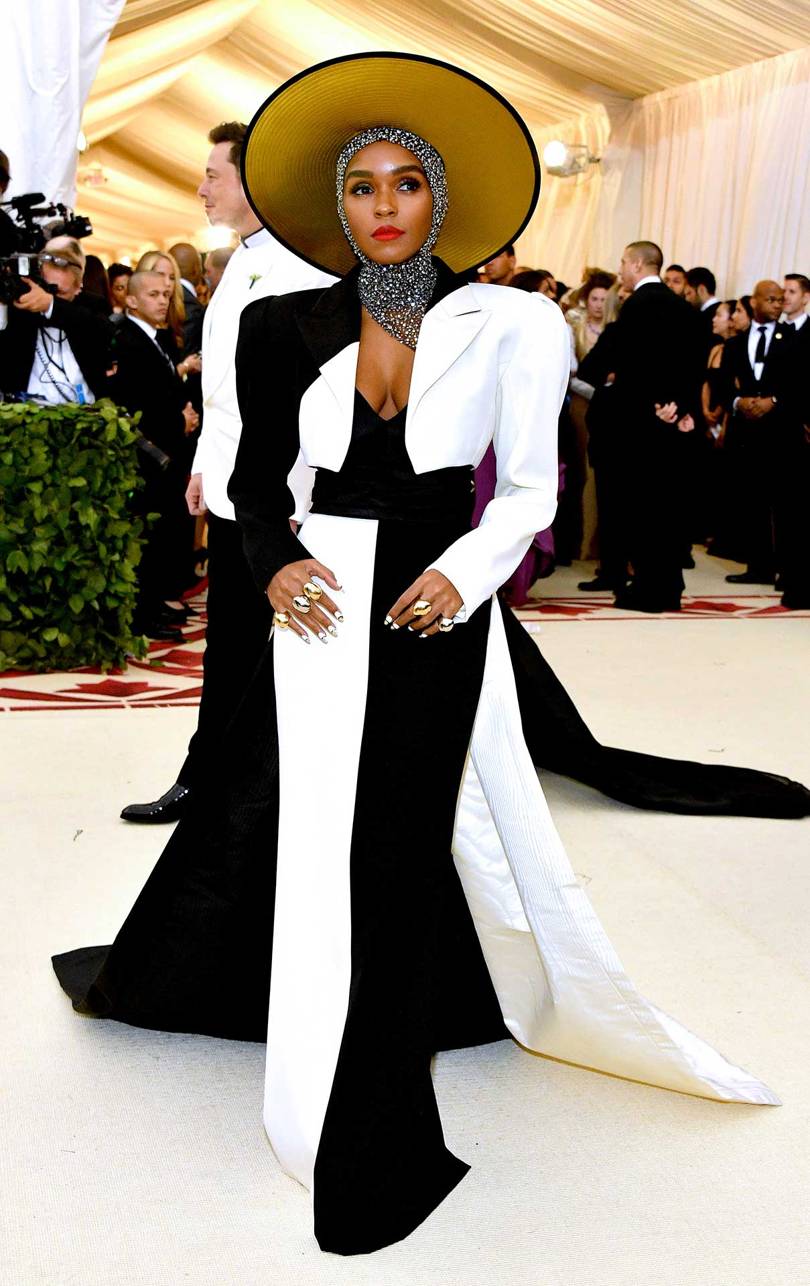 Janelle hit the red carpet with a Marc Jacobs design reminiscent of the 80s and a crystallised head wrap. According to her stylist, Jessica Smalls, they used  Vaseline® Intensive Care™ Cocoa Radiant Smoothing Body Butter to keep her heavenly glow beaming all night long. 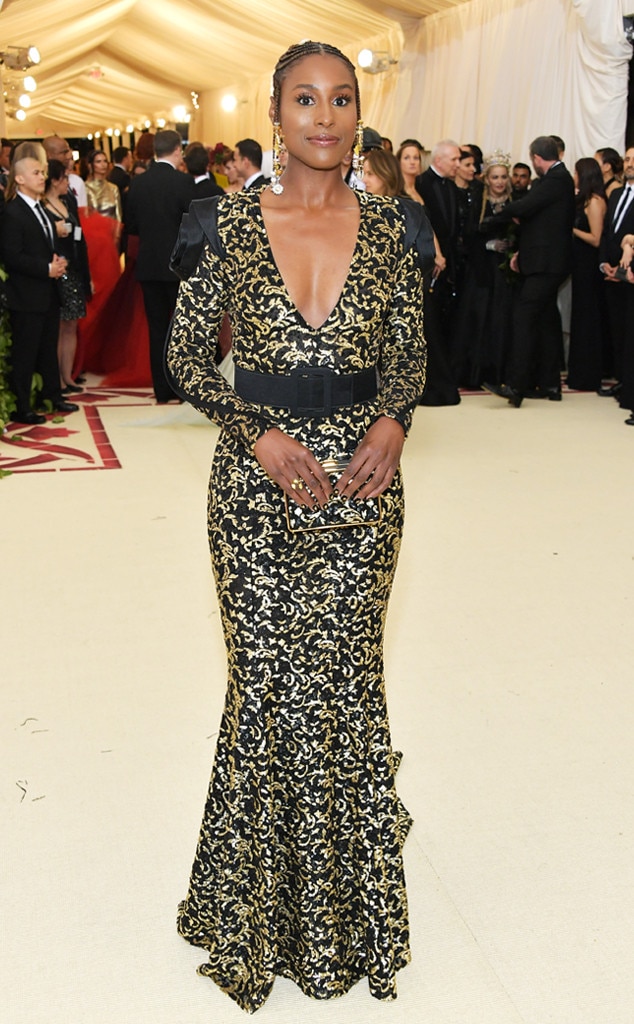 Zendaya served up Joan of Arc realness in her armor-like gown by Versace, blunt-cut red wig and undeniable strength in her stride. Eiza played with the traditional nun look in her Prabal Gurung piece. 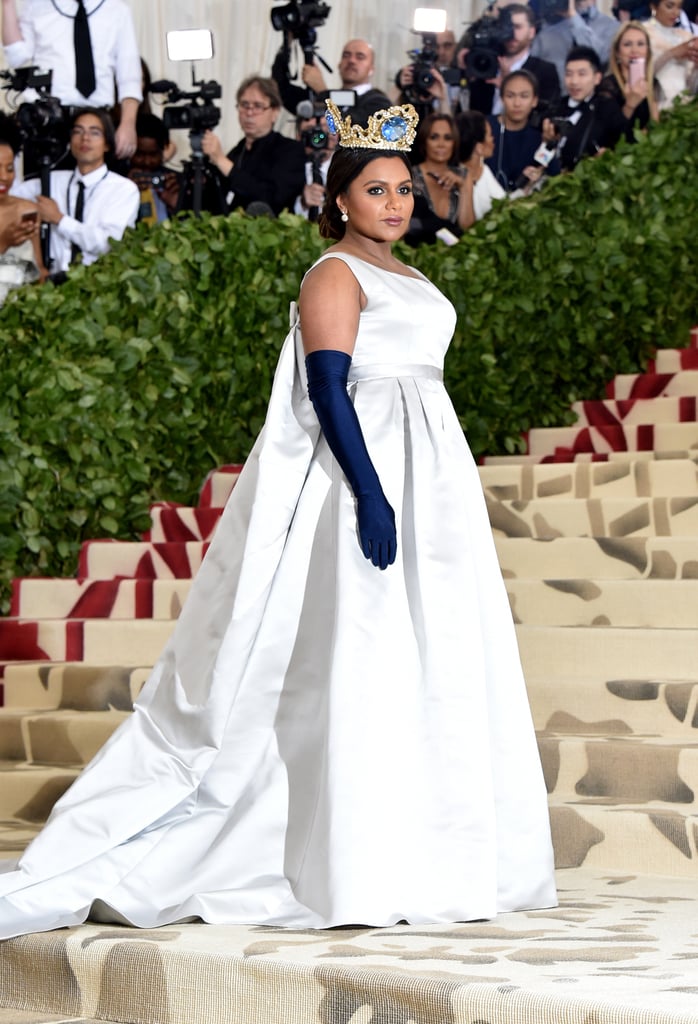 Mindy showed up as a Queen in her silver Vassilis Zoulias gown and eblow-length navy blue gloves. 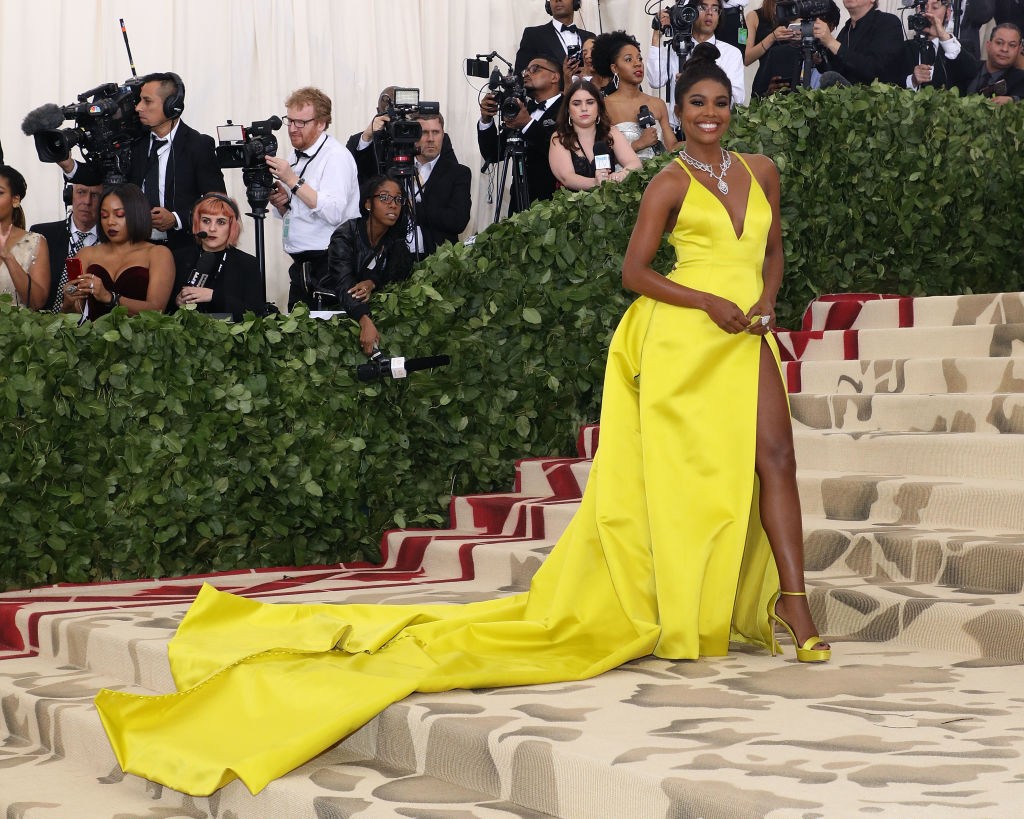 Gabrielle had the crowd saying "Hello, yellow" in her Prabal Gurung gown. 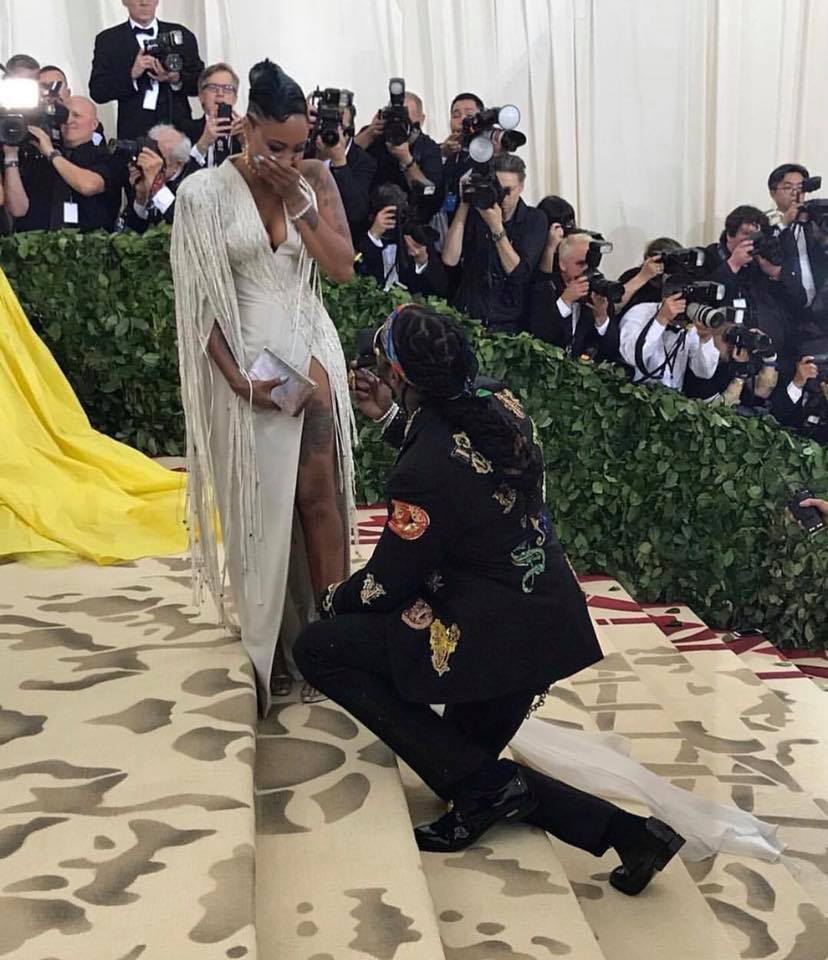 Amidst the glitz and glamor, rapper 2 Chainz proposed to his now fiancee Kesha on the Met Gala’s red carpet!

Whew! So many looks! So much beauty! So much elegance! And we can’t let you leave without dropping this gem of moment on you: