Credit: LT In The City

There is nothing like the satisfying feeling of heading to the nail salon, picking your perfect shade, soaking in the pampering ritual and leaving completely renewed. While some women and girls indulge in this practice often, some are unable to do so due to their health — but that's about to change thanks to one incredible young woman. Wall’s favorite childhood memories revolve around the quality time she and her grandmother spent together at the nail salon. The now 18-year-old recalls wanting to volunteer at local hospitals in her hometown of Dayton, Ohio. However, at the age of 10, she was constantly denied because she was too young. Wall’s mom Valerie saw how badly her daughter wanted to share her gift with other little girls and did not want that effort to be ignored. Valerie reached out to the Miami Valley Down Syndrome Association and asked if they would be interested in Wall giving manicures to the girls there. They were, and they allowed her to come in and spread her magic. See her work featured on Disney Channel below:

From this seemingly "small" gesture, Wall was able to build long-terms friendships including her relationship with her first client, Olivia.

"I’m still close with the first girl I ever polished (who I met there), Olivia, who has Down Syndrome. She’s 24-years-old now and in a way I feel like we grew up together," Wall told NBC News BETTER. "I try to make the monthly meetings there, but if not I always see her and my other friends at the annual Christmas party."

My #tb is my very first @polishedgirlz client Olivia. This is what trust looks like. I cannot believe that when I first started polishing you every month we were so young and now you are this amazing young adult and I am choosing a college. Thank you for teaching me that glitter makes everything better. ❤ #polishedgirlz #6yearslater #glamgonegood #nailart #service #girlboss #girlpower

A post shared by Polished Girlz Official (@polishedgirlz) on InstagramApr 16, 2018 at 10:44pm PDT

Although she found a home at the Miami Valley Down Syndrome Association, Wall still wanted to bring her mission to hospitals. With the help of her parents, she registered Polished Girlz as a 503(c) and recruited other girls/young ladies who were looking to give back as well. At that time, Wall was still not volunteer-aged for the hospital circuit, but she was able to send older girls who were looking to receive community service hours for school and believed in her vision. 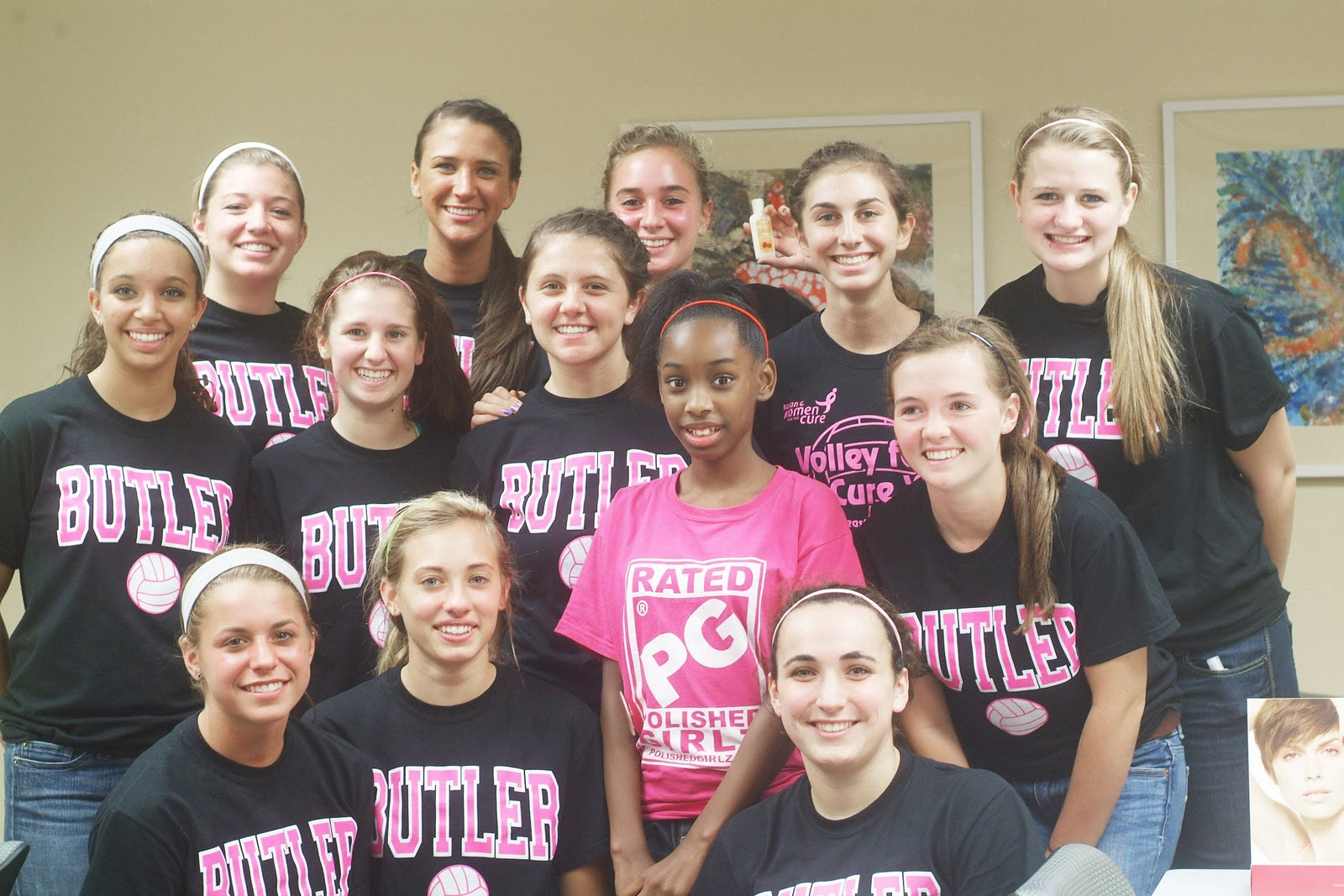 "I didn't want to limit young girls who want to serve their community like I did. I felt it was important for kids to know they could be a part of this," Wall told NBC News BETTER.

Seven years later, Polished Girlz has a volunteer roster of over 900 people across the nation and has been able to serve thousands of children at hospitals and care facilities. While Wall is currently preparing for college (she’s going to USC), she still makes it a point to make her polishing rounds. One Polished Girl she always makes sure to have time for is four-year-old Mariah. According to NBC News BETTER, Mariah "was born with chronic intestinal pseudo-obstruction (CIPO) — a rare gastrointestinal disorder."

👑- UPDATE- 👑 our sweet Mariah is septic and may have to move to intensive care she is gonna LOVE all of the state shout outs and prayers #fighton #stronggirl #bebrave Sending big hugs to my sweet girl tonight. She loves cards and shout outs so I told her that I had a ton of friends that love her and are praying for her too! I can't wait to show her your sweet messages. Sending light and love baby Mariah from all over the country we got your back! Let's see how many states can rep love notes below ❤ #polishedgirlz #prayersformariah #getwellsoon #naillove #glamgonegood #bravegirl #cipo

A post shared by Polished Girlz Official (@polishedgirlz) on InstagramMay 25, 2018 at 8:39pm PDT

"Over the past three years, Polished Girlz has popped in to polish Mariah, who is in and out of the hospital constantly," Mariah’s mom Erin Grubb told NBC News BETTER. "The first time Lonnie and her mom came, Mariah was in the ICU and the world was not so bright. But they came in and Mariah got to feel so special and pretty. It’s so important to help these kids feel beautiful and normal especially those dealing with a chronic condition who really need comfort and normalcy. They’re also great with siblings who may be feeling left out when the majority of the parents’ concentration is on the sick child."

Wall follows Mariah’s updates through her family’s Facebook page and also posts about her progress on the Polished Girlz Instagram page. Grubb says she hopes more hospitals will allow organizations like Wall’s to come in for children who would benefit greatly from the love, self-care and fun in the ever-serious hospital environment.

"Everyone can use a spa day now and then," Grubb told NBC News BETTER. "And I know for me, seeing Mariah happy is the brightest moment in my day. I wouldn’t miss it for the world."

To learn more about Polished Girlz or to become a volunteer, visit her site by clicking here!