PrettyLittleThing is kickin’ it 90s style with its new (and first!) brand collaboration with Karl Kani. The UK brand teamed up with iconic urban streetwear designer to create a 45 piece collection that includes items such as bodysuits, oversized hoodies, color-blocked track suits and more. All of the items showcase Kani’s logo and many of his signature stripe designs. 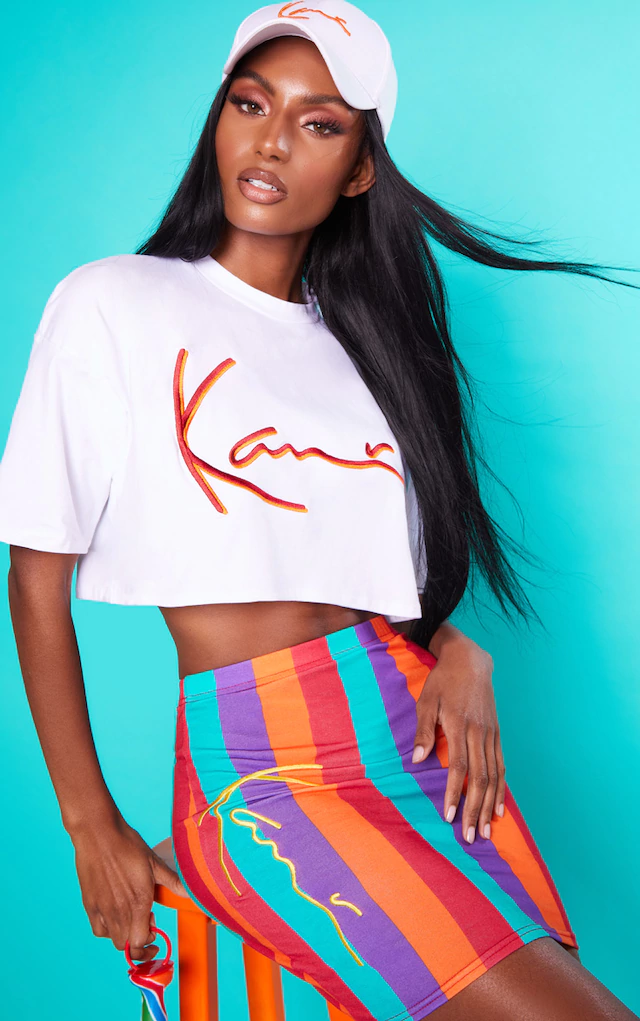 Founded in 1989 by Carl Williams, who legally changed his name to Karl Kani, he turned a hobby of creating hip-hop and street culture designs into a billion dollar industry. According to the Karl Kani website, it was "the first urban fashion company to employ an all-black sales force, and the first designer to host a fashion show at the White House during President Bill Clinton's term." So when choosing a muse to help model, promote and connect with the collab, Kani and PrettyLittleThing enlisted heavy-hitter 90s lover and fashion connoisseur, Teyana Taylor. 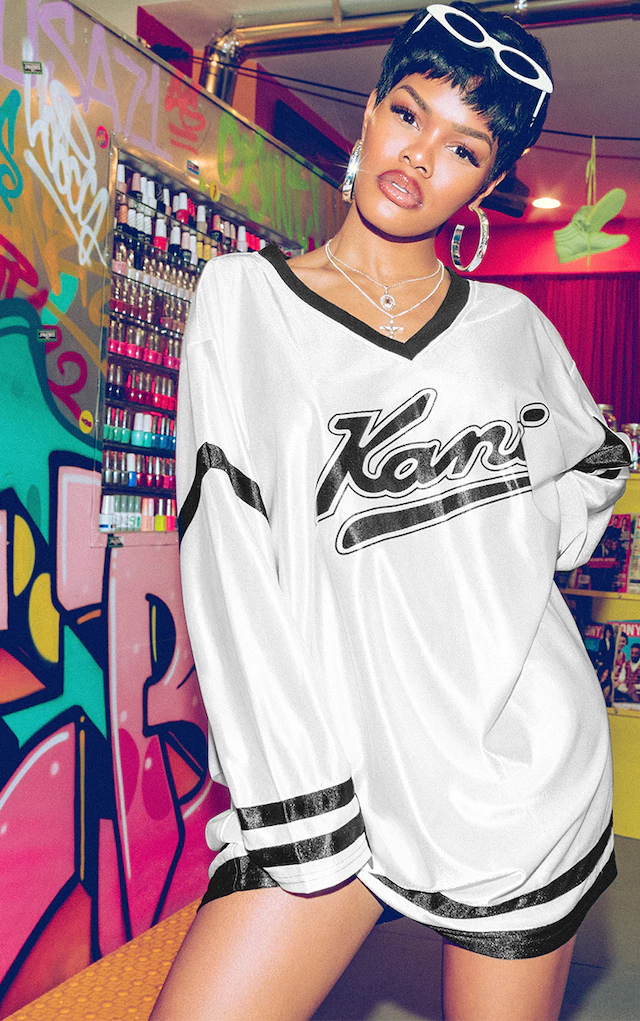 It is no secret Taylor loves everything 90s from the fashion to the music. Her Harlem nail salon Junie Bee Nails, affectionately named after her daughter, embodies the era and invites customer to take a step back in time "to the door knocker earrings, Reebok 54' 11's steeze, every TV screen in the joint playing all of the dope videos. Shortys sucking on lollipops while dudes pulling in front of Willie Burgers on a 145th and 8th Ave, hollering 'I need an around the way girl.'"

Taylor proves to be the perfect ambassador for this line and the collection has already gained traction amongst celebrities such as Missy Elliott and Karrueche Tran. Pieces from the collection range from $15 to $60 and, since its launch on May 23rd, a lot of the pieces have been sold out. So don’t miss your chance to grab up a few Karl Kani x PrettyLittleThing pieces for summer. 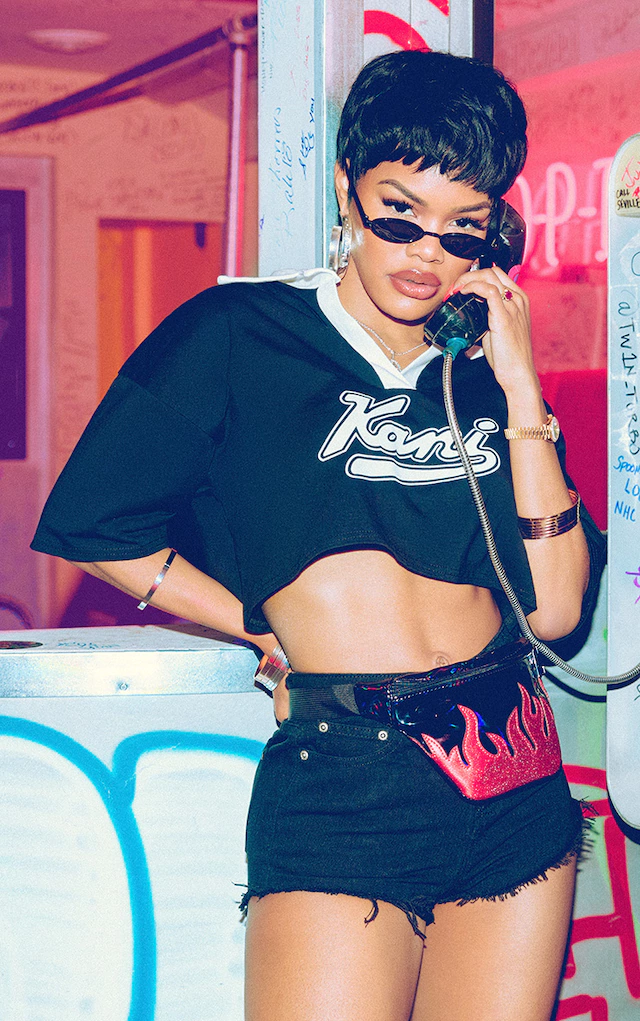 Watch below to learn more about the collaboration: