It is no secret that our current political climate is one filled with tension, fear and confusion. With emotions running high, it may feel as though there is no way to effectively change the world today; especially with our one vote. However, we might just be wrong.

Dr. Wendy Osefo, well-known progressive political commentator, and Natasha Murphy, Deputy Director of Advocacy for Black Girls Vote, Inc., showed up to Summit21 ready to share their methods for navigating the political world with the 1,200 women attendees who took over the Atlanta Convention Center in downtown ATL.

Both women shared how they initially started on their politically-focused paths and, while their stories differed in context, one thing remained the same: Their passion.

Dr. Osefo said that being Nigerian, her family always had good food and in-depth talks about politics. Once she became a U.S. citizen, it motivated her to gain more understanding of politics in this country. Trayvon Martin's death hit her particularly hard and propelled her to go deeper into the world of politics.

"Until today, I say that one of the most poignant points in Barack Obama’s presidency was when he walked up to that podium and said, 'If I had a son, he would look like Trayvon.' What that did was it humanized a black boy and in this society one of our biggest issues and why you can shoot somebody 50 times in a couple of seconds is because you don’t look at that person as a human, you look at that person like an animal." 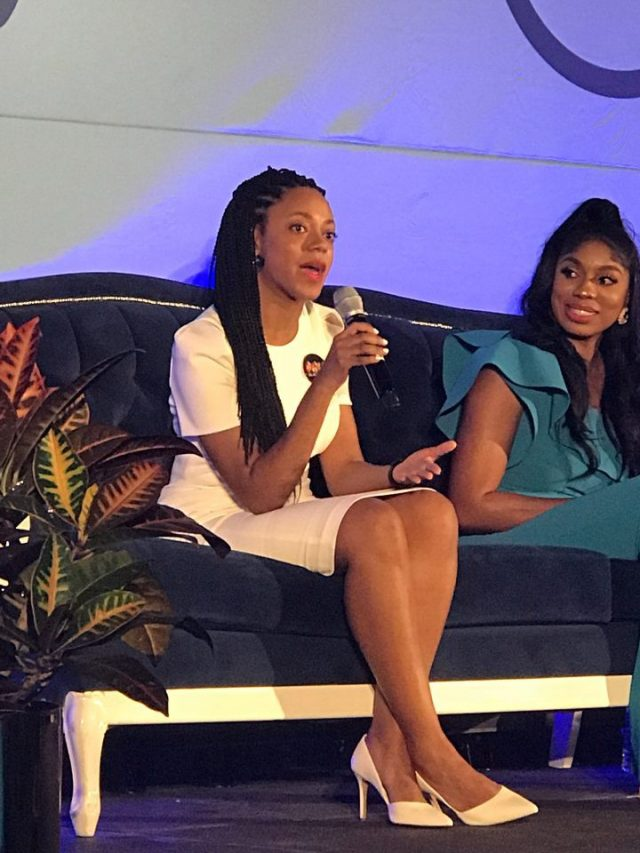 Murphy got involved with civic engagement when she was a middle schooler helping with canvassing and campaigning for a local Harlem city council representative at the time.

"Just seeing how she brokered power in New York City Hall for her constituents in Harlem first made me aware of the power of the political process and the legislative process and it was something I knew I was incredibly passionate about."

With their personal why's and years of experience in the political realm, here are 5 major keys for civic engagement that they gave to the women at the conference and all of us as well:

BE YOUR AUTHENTIC SELF AND PRACTICE SELF-CARE

When being in these political spaces, or any space in general, Dr. Osefo stressed the need to be your authentic self. She shared a comical anecdote about a time when someone told her she was good for TV but should cut her hair shorter because that would "look more like TV." Dr. Osefo grabbed her hair and said she went home to order 24" bundles because no one was going to make her go shorter when her authentic self desires longer hair, despite what was said to her.

"You can be who you want to be in who you are… Whatever you want to do, know that people see and feel you. So don’t be anyone else because the beauty of your life is that it is your life and that’s really what matters."

She admitted being a commentator on Fox News and being a voice of millions of people of color on television, she has not used a specific self-care method to deal with this particular position because when she walks into that environment she’s in "war-mode." However, music, her boys and her husband help her to overcome those anxious feelings.

"There’s not a lot of us on that network so when we are on that network, they need to know that they’re not here to play… I don’t do it in a way that I quote-unquote would say 'oh, she subscribes to the stereotypes that we think of black women.' I do it the way that, 'No, you’re wrong and I’m going to let you know that I have a PhD as I’m cursing you out,' with a smile." 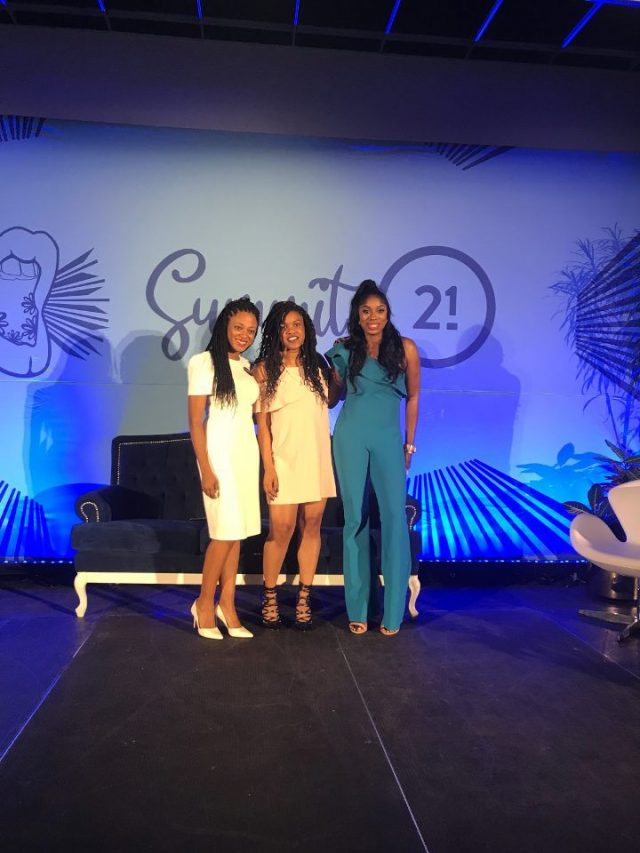 For Murphy, when dealing with the sometime draining task of educating and mobilizing people in the political realm, she gains her strength from the power of black women and her tribe. She specifically names her mother and grandmother as her main pillars of resilience and encouragement.

In regards to encouraging individuals and communities at large that believe their votes do not matter and their voice may not be heard, Murphy shared this:

Through her efforts and those at BlackGirlsVote, they successful registered over 16,000 new voters in the Greater Baltimore Area since their founding in 2015.

Voting is a crucial piece of black women making their voices heard in the political climate, but Murphy also offered these options as well: 1. Find your unique #blackgirlmagic quality and use that to help a candidate you are passionate about; 2. Post-election season, hold your officials accountable (send them emails, meet with them and remember they are there to serve us).

DO NOT BE AFRAID TO LET YOUR PASSION FUEL YOU

When participating in civic engagement and advocacy, it is important to work logically but often the topics of interest affect many advocates personally, and Dr. Osefo is no different. When asked how she separates her emotion and personal self from her public figure and advocacy against injustice, she admitted she blurs the line a lot.

"Being a political commentator is not acting," she began. "For some people it’s acting, but it shouldn’t be acting. It should be used saying how you feel about a certain situation that comes from a place of passion and a place of belief… So Wendy Osefo the political commentator is Wendy Osefo. There is no difference to me. I may not talk about politics when I get home. I may not talk about politics while with my students but my opinions and my passion about those opinions remain in me because it’s authentic, it’s real, it’s who I am."

While expressing the importance of all elections, Murphy reminded the audience if they are not happy with our leaders and politicians who represent us, we hold the power to put those whom reflect our values into office with our votes.

"In my opinion, one of the things that people tend to get wrong about politics, particularly African American people, is the notion that we have an option not to participate. I always think about the fact that a blood price was paid for our voting rights and it’s something that we need to respect and honor by actually hitting the ballot box every single time there’s an election. Be that a midterm election, general election, special election, it’s critical that we get out there and let our voices be heard because for so long we weren’t able to."

An audience member asked which the shift of power in our current political climate is it possible to effect change and dismantle oppressive powers that be and to that Dr. Osefo said, absolutely!

"All of those things for the most part are in policy, so if you get the right people in that can effectively (make) change when it comes to creating policies, then you can work to dismantle those things."

TO RALLY UP SUPPORT AND GROW, MEET PEOPLE WHERE YOU ARE AND TAKE ON NEW OPPORTUNITIES

When attracting people to get engaged, Murphy suggested meeting people where they are in informal spaces to get their attention.

"Politics intimidates a lot of people but when you can catch them in spot where they feel comfortable and relaxed then you can, you know, meet them there. That’s a good opportunity to let them know, 'Hey, have you heard that there’s an election this year?'"

And going along with meeting people where they are, Dr. Osefo also encouraged everyone to meet themselves where they are when opportunities arise. After sharing a story about missing out on an opportunity to intern for Kirsten Gillibrand when she was younger because she did not want to act upon the offer at that time, in her political career, it’s a moment she often reflects on not with regrets but one she utilizes as a valuable lesson.

"Don’t look at opportunities in that moment and say 'I’m not going to do this' because it’s not necessarily where you see yourself in a few years. Take every opportunity because success does not have an expiration date. You don’t know your success and you don’t know someone else’s success. If it’s a good opportunity, take it."

Dr. Osefo and Murphy proved through their candor that women of color have the power to be dominating forces in the world of politics. While society has constantly attempted to put us in a box and silence us, we have power in what we say, who we vote for and, when led by passion, we can conquer anything.