An Assembly In Miami Is Hoping To Empower, Uplift And Inspire Black Women And Girls In A Special Way

The most powerful tool a woman can own is her voice and, despite being historically told her words do not hold value, in recent years women have defied that train of thought and continue to bust through barriers women in the past could only dream of accomplishing.

In Miami, Florida, a collective of dynamic organizations (Planned Parenthood, The Miami Workers’ Center, The New Florida Majority, Power U Center for Social Change, and S.O.U.L. Sisters Leadership Collective) have teamed up to bring Miami-Dade community a powerful conference titled Here Comes The BOOM: An Assembly For Black Women & Girls.

This is not the first collaboration for the Miami Workers Center and the numerous community organization; in September of 2017, these same groups held a Florida March for Black Women and received an overwhelming amount of support. For them, the march was only the beginning and a mere "spark" for what they aspire accomplish with black women and girls in the area. Jasmen Rogers-Shaw, Gender Justice Coordinator for the Miami Workers Center, spoke with 21Ninety before the assembly to share how this event came to be and where they hope it will go in the future:

21Ninety: Take us back to 2017, what sparked the desire to hold the Florida March For Black Women?

Jasmen Rogers-Shaw: It came across my Facebook that the Black Women's Blueprint (based in New York) was planning to host a March for Black Women in the midst of a March for Racial Justice. They asked others around the country host their own sister marches in solidarity, to show up for Black women. As an organization that is led by Black and brown women, the Miami Workers Center convened a meeting with other organizations that in one way or another, proclaim to uplift Black women and girls. We knew we needed this March in South Florida. The rest is history (literally! The Florida March for Black Women is featured in the HistoryMiami Museum). 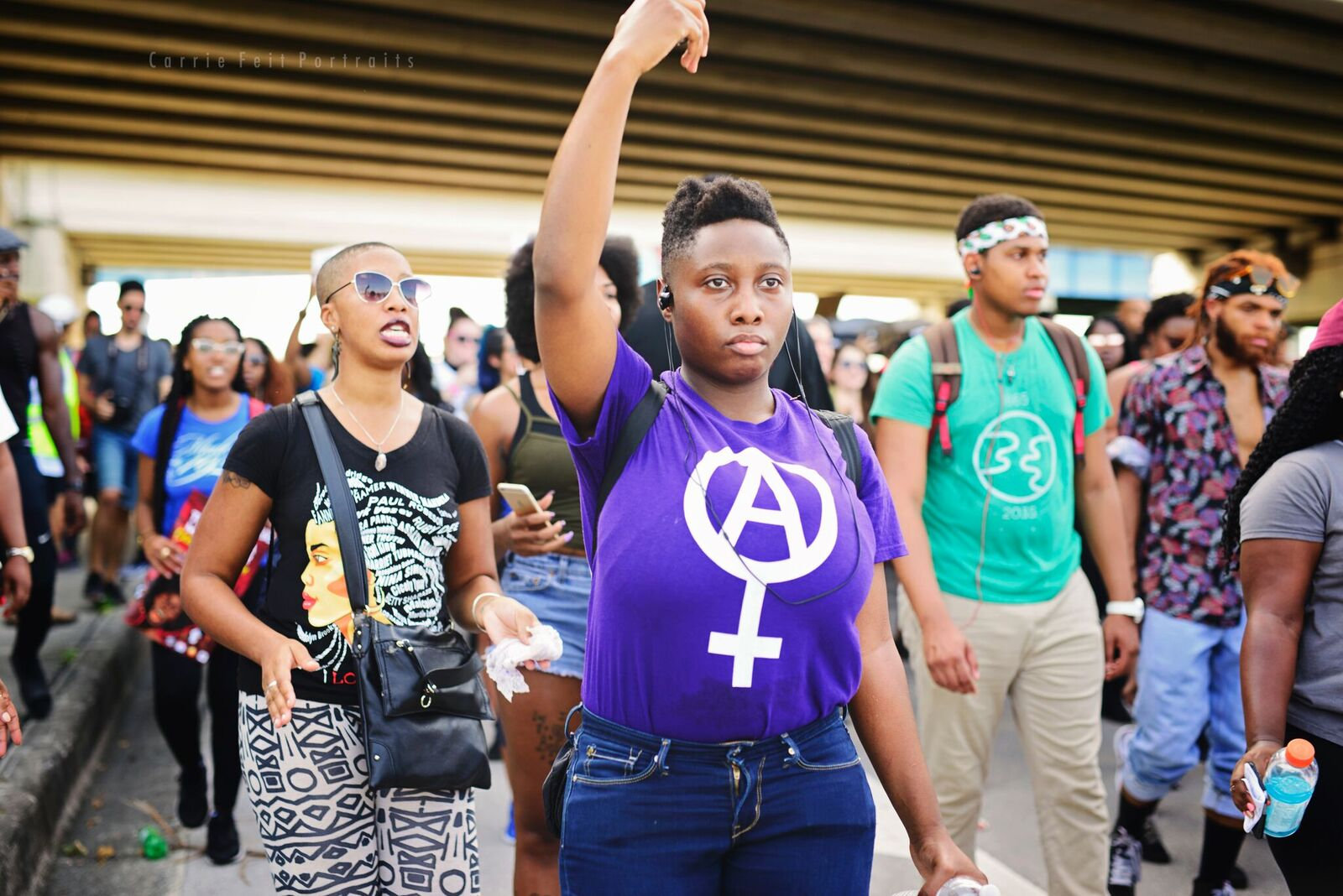 21N: How many people attended the march?

JRS: Almost 1,000, predominantly black women and girls attended the march, not including the 50+ volunteers, a team of medics, security, and a host of other folks that helped make the March possible.

21N: What was your biggest takeaway from the march?

JRS: The biggest takeaway was (that) within our communities and networks, we have everything we need to thrive and protect each other. With limited funding, we were able to put together a march that made sure we were safe from police; marchers were able to get the medical attention they needed if they felt ill, that children and undocumented people had protection, that those with different abilities could also participate. There were plenty of snacks and water to feed the masses and our story was told clearly and with power. Black women think of everything, and we intentionally thought and planned a march that would make folks feel welcome and whole while uplifting the need for the outside world to regard the safety, stability and sanctity of the lives of black women. 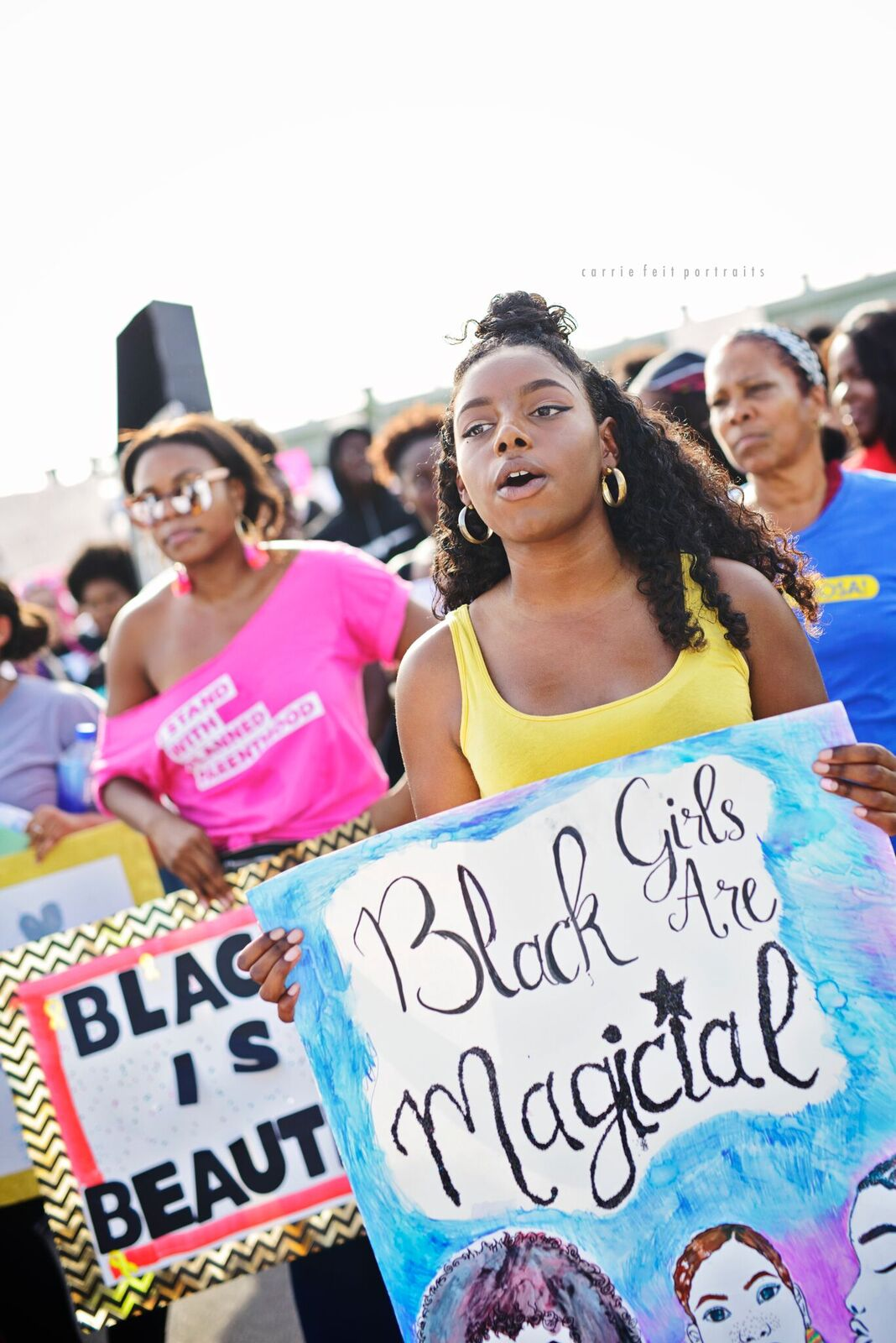 21N: Did you know immediately you wanted to host a follow-up event or did it come up later?

JRS: We knew during the planning that the March was only meant to be a spark. It's hard to go deep with folks while we're in the streets, but it was just enough of a spark to get more folks interested in uplifting black women and girls. 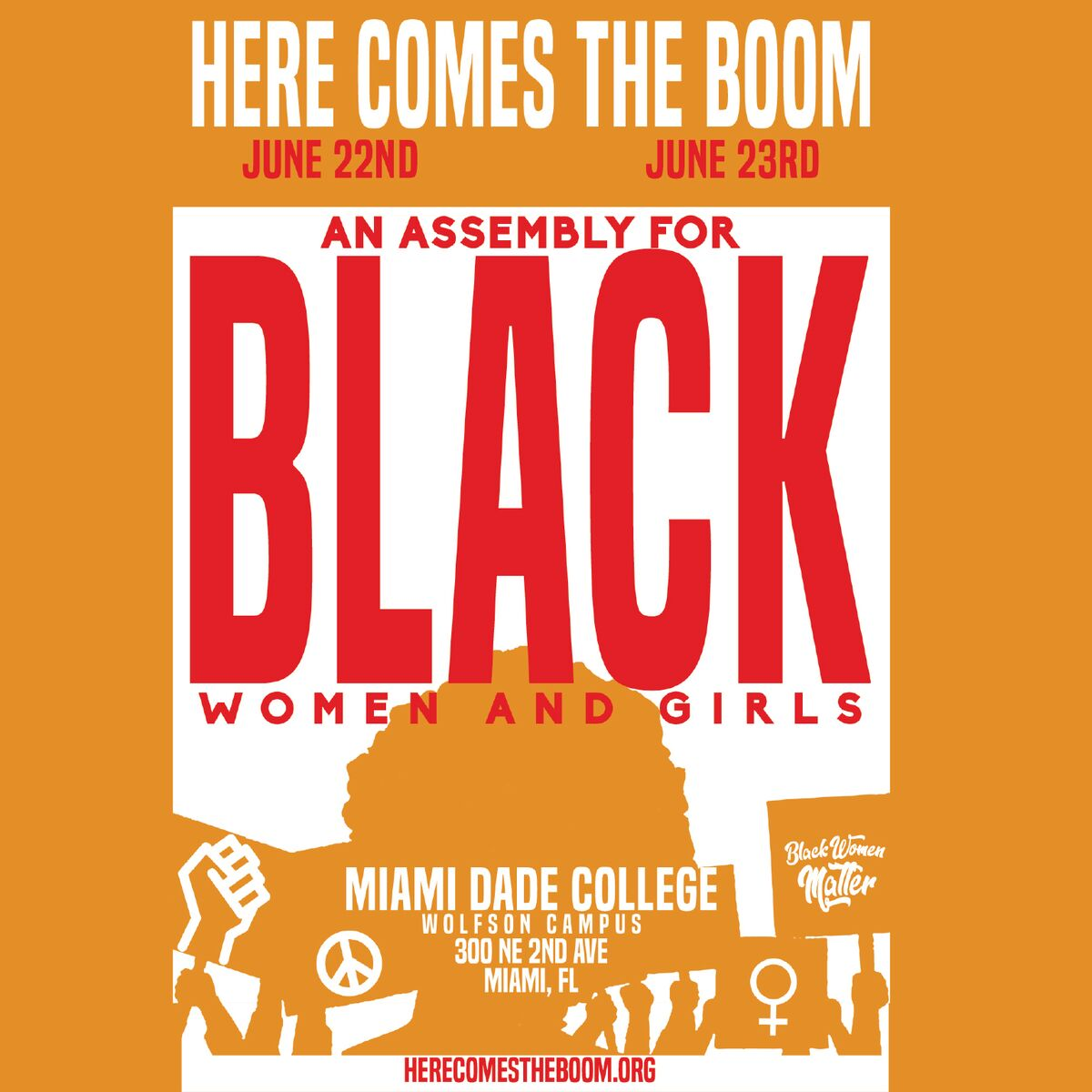 21N: Fast-forward to today, all of these powerful groups will come together once again to bring "Here Comes The Boom!: An Assembly for Black Women and Girls" to the Miami area. Why is this event so important to the collaborative groups?

JRS: This collaboration has been important because, for some of our organizations, this is the first time black women and girls are a real priority. For the rest of us, we've been preaching this message for a long time. Here Comes The Boom is another step in something beautiful that will sweep the state of Florida. We know that throughout history, the upliftment of black women has meant the upliftment of a nation. When we put the leadership of black women and girls, who believe in community, restoration, healing and autonomy at the helm, we find and build paths to liberation.

21N: In this climate, with all the obstacles STILL affecting black women, what are the topics you hope are thoroughly touched upon during the assembly?

JRS: From the "Cultural Kickback" that will open the weekend (Friday, June 22 at 6pm) until the closing session on Saturday (June 23), we plan to highlight black women and our resilience. We'll be discussing the current outlook for black women across the state of Florida, and then go into preparing for our legislative future. When we, as black women and girls, decide what will happen in our schools, our wombs, our homes, at our borders, with our rehabilitation, with our gender and sexuality, in our politics, what will the future look like? What would policies look like? How do we build our leadership so we can get there? We plan to have a lot of fun together! There are Afro-fusion dance workshops, yoga and meditation, discussions on mental health and physical health — and even workshops to help us find and build our "sexy."

21N: The assembly is focused on black women and girls, for the young ladies in attendance, will they have their own workshops or will all the age groups go through the events collectively?

JRS: There will be some points of intergenerational strategy building. But the black youth from S.O.U.L. Sisters Leadership Collective has curated a program designed for the youth to help them understand how they can build their political power at the ballot box before they are even able to vote. 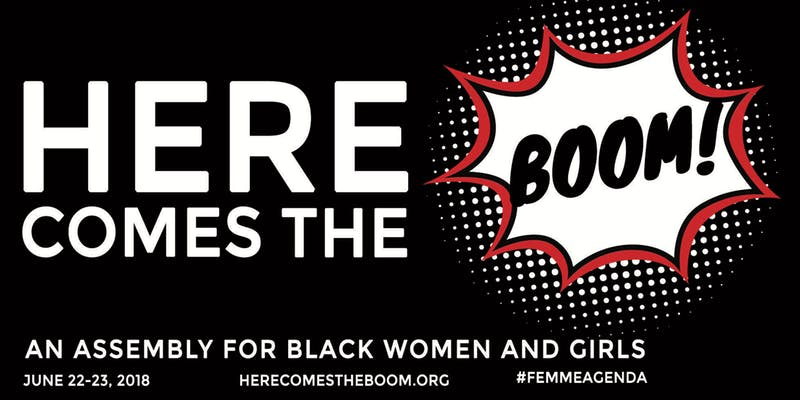 21N: What can participants expect to experience throughout assembly?

JRS: For the black women and girls that join us, they can expect to feel whole; to show up to a space and discuss political moves while being black and woman simultaneously. They can expect to build themselves, and hopefully build with other folks in the space. Folks can expect to be challenged, and find their "growing edges," while discussing a myriad of topics. Allies can expect to be uncomfortable because dismantling privilege is… uncomfortable. But from this beautiful convening of people looking for a new political way forward in Florida, we can create a new political platform for us, by us — a platform that will center around the most marginalized group and guarantee progress for everyone. Because when black women win, everyone wins.

21N: Looking towards the future, what do you hope attendees take away from this informational gathering?

JRS: We hope that attendees will find a new sense of urgency in this political climate. So much is at stake, and while it seems like we're already losing a lot, there's still so much to lose. We have to fight back. And we hope that this assembly will the first step for some, another step for others. A step towards building the equitable future that we all imagine. We hope that folks will find joy, beauty, and community in the struggle. We hope that everyone becomes even more engaged in the work going forward. We hope that folks find healing for the hard roads ahead because the task of uplifting and defending the lives of black women and girls isn't easy. We hope that folks understand the importance of building a femme agenda, an agenda that centers the stories, experiences and power of black women and girls, as a path forward.

21N: Can we expect "Here Comes The Boom!" to expand to other cities or states in the future?

JRS: Haha! There have already been folks reaching out from Iowa asking if we'll bring "Here Comes the Boom" on tour. We'll see! We're designing a platform that is focused on Florida, but the issues that we're tackling impact black women and girls across the globe. This platform is limitless and can travel anywhere.

While the entire event was not live-streamed for the public, Rogers-Shaw shared the opening plenary and closing session was live-streamed through the event page. To learn more about the conference or the group behind it click here.