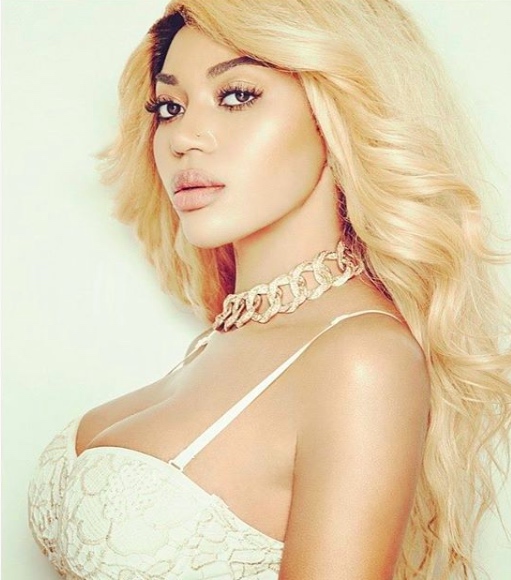 Dencia, otherwise known as Reprudencia Sonkey, promoted her products as a remedy for dark spots in a heated interview with Ebony. However, an image she once posted online to help drive sales shows that her products remove much more. By collaborating with Dencia, Blac Chyna made it clear that she wants Nigerian women to experience a similar “before and after” experience with their skin tones. Clearly, there are levels to being a Black female trailblazer in the makeup industry: Rihanna’s FENTY, Kerry Washington’s Neutrogena collection, and Jackie Aina's Too Faced collab are great examples of beauty brands that are inclusive of dark skin tones, rather than in resistance of them.

“I have a question for all influencers….when people come to your page do they walk away better or worse?”

Congratulations to @PrinceEa on receiving the Social Influencer of the Year Award at the Black Tech Awards powered by @dell #techcnxt pic.twitter.com/7jvJUfvzu3

‘Prince EA”, the recipient of Black Enterprise’s 2018 Social Media Influencer of the Year Award, challenges other influencers to ask themselves one question: “when people come to your page, do they walk away better or worse?” In a climate that places social media influencers on pedestals, Blac Chyna must be held accountable for the implications of her skin-bleaching ad on the Black diaspora. If we can call out Kendall Jenner for unacceptable marketing, we must have that same energy with Blac Chyna, and other Black influencers who poison popular culture. With nearly 15 million followers on Instagram alone, her Whitenicious ad will undoubtedly reach countless Black children and adults across the world who are constantly fighting to embrace the skin they’re in.