Did you know a penny could change a life? The little copper-colored coin that so many take for granted has the potential to change the lives of those in need significantly. Davinia James-Stewart, the founder of Pennies4Girls, recognized the power of the penny and has helped send 300 girls to school just by collecting them.

"I was looking through my purse and I saw all of these pennies and I thought, 'What can I use them to do?' People think that pennies are not worth anything and they’re not valuable, and it’s sad to say but that’s how girls are looked at," James-Stewart explained in a 2014 Global Citizen profile video.

At that time, she had collected over 600,000 pennies, but recently her collection pool has bypassed the million mark. According to a now viral video shared by NowThis News, James-Stewart collected 1.5 million pennies — which equates to $15,000!

The purpose of Pennies4Girls is to raise money for resources to help girls afford school and have the ability to attend classes without having to be concerned about the basics.

For example, some girls in developing nations are not able to go to class because they do not have access to feminine hygiene products during their menstrual cycles. This, in turn, leads to higher dropout rates, according to the nonprofit Hope & Dreams Initiative. In her current project with the organization, James-Stewart is focusing on girls in Nigeria dealing with the aforementioned problem of missing school due to their periods.

With this crowdfunding initiative, she hopes to "not only provide pads for these girls but also build WASH (UNICEF Water, Sanitation and Hygiene) libraries that will teach students/communities about water and safe sanitation practices."

Helping girls in these developing nations is not just a passion project for James-Stewart, it's a story that she knows well because she experienced the hardships of attending school while growing up in Jamaica. While walking to school, she faced intense violence that could have deterred her, but she went on to become the first member of her family to graduate from high school and college.

"Everything that I do comes from my life story — being a girl from a developing country and being given the opportunity to gain an education," James-Stewart told Global Citizen.

Another fun fact about the Global Citizen youth advocate is that in 2017 she set up a "Charisty," which is described as a charity and registry, for her wedding guests to donate pennies to the cause on behalf of her and her husband-to-be. 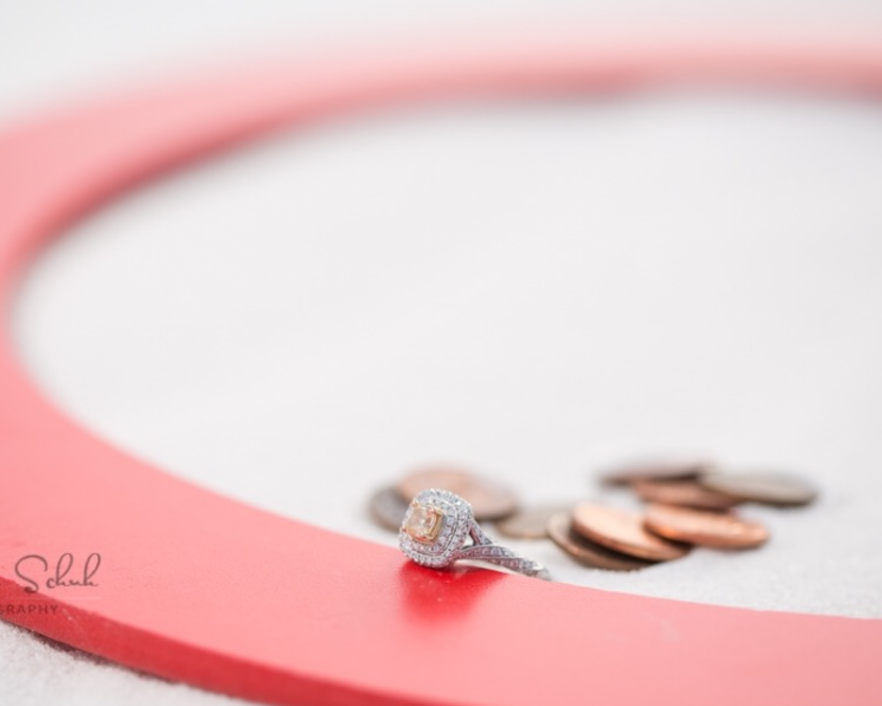 So the next time you see some of those little copper coins at the bottom of your wallet, or get a few in loose change after a purchase, consider donating them!

Watch the NowThis News video in its entirety below: