Dove, Getty Images, and Girlgaze have teamed up to present, Project #ShowUs, in the valiant effort to redefine the unrealistic beauty stereotypes that hold women back and portray them exactly as they want to be seen. 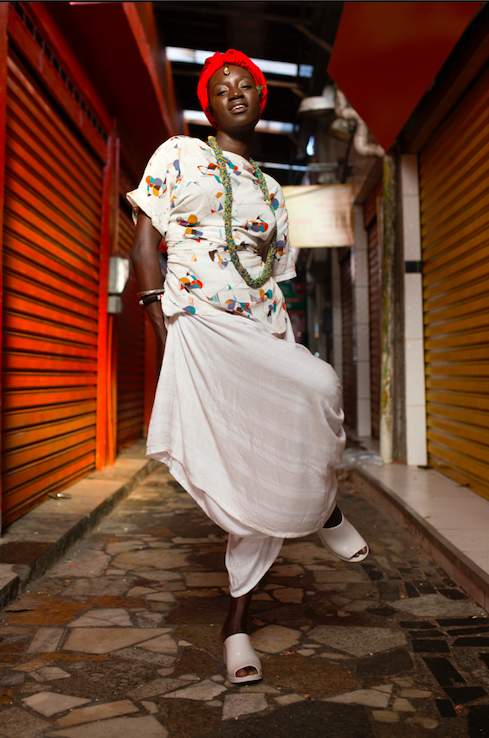 According to Dove Marketing Director, Amy Stepanian, "70% of US women don’t feel represented by everyday media images, 75% wishing media and advertisers did a better job of portraying women of diverse appearance — including age, race, shape and size." Not only are women feeling underrepresented and invisible, but the impact is also being felt in every aspect of their lives. Project #ShowUs offers the world the first publicly accessible photo bank of over 5,000 diverse and inclusive images of the everyday woman. 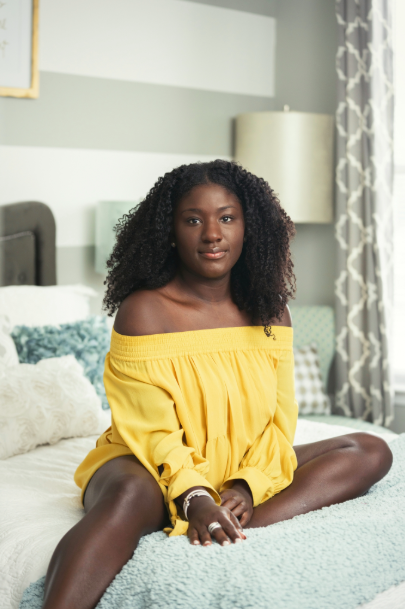 For the first time, every woman of the 179 photographed has personally defined her own search descriptions and tags for her images, and we, as women, can now tell media directly where there has been a lack of diversity in beauty by using the hashtag #ShowUs on Instagram. This historical Dove, Getty Images, and Girlgaze initiative challenges the media and ad industry to accurately represent women how we want to be seen, in order to, positively impact the next generation of girls to grow up without feeling that they are being judged just on their looks. 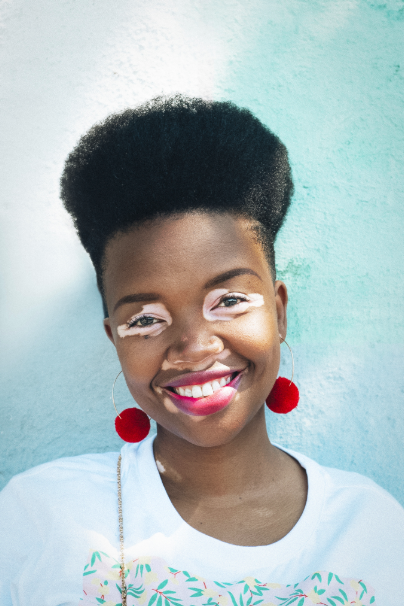 To further expand on the impact that representation in media & ads can have on women and future generations, I had the pleasure to speak with Social Scientist and Psychologist, Dolly Chugh, on the importance for the media to represent all members of society, why she coined the phrase "bounded ethicality", and how women can redefine the standard of beauty.

Check out our exclusive interview with Dolly Chugh below.

Dolly Chugh: If we think about the media — which is in some ways a window and in some ways a mirror — we want media to both give us a chance to see outside of our own world and get a window into what other people's lives are like. But also we the media to reflect back to us — what society is, who we are, where the society we live in. So when we think about the role of media in all of these forms, it's to capture a better understanding of what society is, as well as, letting us see ourselves in society. And that's why the importance of media representing all members of society is so critical.

When we don't represent all of us in society, the impact is almost incalculable because it creates a misunderstanding of who people are. It creates real misrepresentations of who's doing what. There have been media studies that, for example, have shown that local news over-represents Black people as being accused of crimes, as opposed to the actual crime statistic. So if someone was watching the local news, they would form a very fearful impression of the role their Black neighbors were playing in their community because there's a fear-based story being perpetuated through the media that isn't actually representing the reality.

21N: In 1987, historian, Carlos Cortez, wrote an article stating that “mass media curriculum has a particularly powerful educational impact on people who have little or no direct contact with members of the groups being treated.” Though we have come a long way since 1987, in your opinion, what does the media and ad agencies need to do to accurately portray underrepresented people in our society?

DC: I think first is to realize that we're not doing that and to realize there's still work to be done. And there seems to be growing awareness of that. The second step is to go beyond having a token representation of groups outside the dominant groups. So it's more than just having a Black person in the writer's room or having a woman on the news team, it's a matter of having true representation — so no one person is speaking for all people, no one perspective is representing all perspectives. That speaks to hiring in a way that is substantive and real, and that speaks to learning how to actually tap into the multiple perspectives once they are hired.

DC: Absolutely. But the one thing we do seem the be making some progress on this long way to go is, it seemed like even a year ago there was this narrative of, let's say movies, that representation with women as lead actresses or Black women as lead actresses, that wasn't going to sell tickets — everything from Black Panther to Wonder Woman to Crazy Rich Asians  — we busted that argument. So that is what I feel, just recently, some significant progress has been made.

21N: Right. And even with US, that just broke records for having a Black, female lead, I'm wondering when there will no longer be a shock value that Black films with Black, female leads can actually drive sales.

DC: Right! When will it not be newsworthy? We do have a long way to go on that [laughs].

DC: Sure! So "bounded ethicality" is a play on words. The original phrase was "bounded rationality" and bounded rationality was an idea that won a Nobel Prize about 50 years ago. A guy named Herbert Simon coined it, and he was speaking about the reality that our brains work on autopilot a lot of the times — there are limitations to how much computing power and how much storage each of us has in our brains. And as a result, our brains rely on shortcuts to do a lot of the work — they're bounded — and sometimes those shortcuts are going to lead to some mistakes in what we do and the decisions that we make that aren't super-rational. It may not be a purely rational choice, but it makes sense because the brain has to work with what it has.

What "bounded ethicality" is, my co-authors and I said, well, if that brain has to rely on shortcuts, wouldn't that same brain be prone to some mistakes when it comes to things like who to hire? Or, how to interpret whether or not we have a diverse cast in a movie? Isn't that the same brain that also relies on shortcuts that sometimes leads to mistakes on issues of social importance and ethical importance? So bounded ethicality is our way of saying, it's the same brain. It's the same limitations. And if we're willing to accept, why can't we have the same acceptance of our limitations — not acceptance like it's okay, but acceptance like, "oh, I need to own the fact that I may have had a blind spot about women or about people with disabilities." So bounded ethicality, I sometimes refer to as the psychology of good people — how good people with good intentions can sometimes make ethical mistakes.

DC: That part about the media being a mirror that is reflecting back on us, well, part of how we see ourselves is shaped by these identities. Whether or not we see ourselves as beautiful is often shaped by what we perceive is beautiful by the standards and norms are in society. We use media as one — it's not the only — but as one input in figuring out what is normal. As psychologists, we call it social comparison: human beings are social comparing machines. We are always, in very subtle ways, figuring out if we are fitting the norm. So, it's the same thing. When we don't see ourselves represented in or we see ourselves represented in negative ways in the media, it shapes what we think is normal or okay for ourselves. And that's, ultimately, going to affect the possibilities I see for ourselves.

We have a great responsibility and great power — and what an amazing opportunity in the media to shape how people see themselves.