Essie Golden Is Not Here To Fit Your Mold, Deal With It

"Is my body too much? Is my body making you uncomfortable?"

These are questions beauty blogger, model and influencer Essie Golden used to ask herself. By the 4th grade, Golden experienced the blossoming of puberty and was introduced to a new chapter of her body. Due to her early body changes, she developed a tough skin when it came to body shaming and used her bubbly personality as a defense mechanism. However, as she moved through different phases of her life, Golden found her tactics didn’t always protect her feelings. 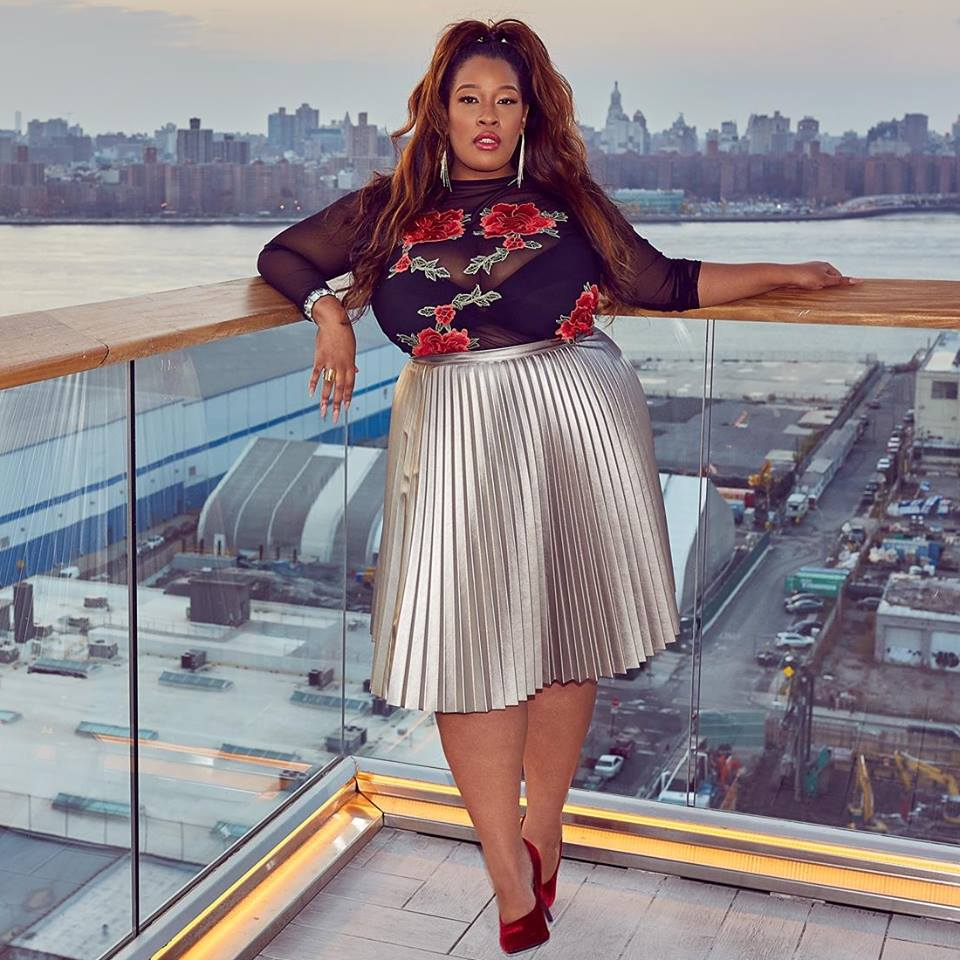 Golden spent a portion of her childhood in the Florida foster care system, which initially took a toll on her sense of belonging and self-esteem.

“Carrying a garbage bag filled with my clothes from house to house with the hope it would be my last home ruined my self-esteem. I always wanted to shine and be one of the superstars I saw on TV, but I felt I wasn’t worthy,” Golden wrote in her blog.

“I felt I needed to be quiet and perfect in order to be adopted. I transferred from school to school and was often an outsider because I couldn’t relate to the lives of the other kids. They all had beautiful stories that were rooted in family tradition and love, and I couldn’t relate. I felt thrown away.”

At the age of 9, Golden was adopted by “two super incredible people” who she says “adopted this imperfect person.” They raised Golden with love, support, patience and encouragement.

“I’m the special chosen one, at least that’s what my mom says. My extended family is filled with incredible role models! My first family reunion changed my life. I had aunts, uncles, and cousins who welcomed me with open arms. They never mentioned I wasn’t blood but made me feel like I was. I’m forever grateful for that.” While her household and new family showered her with love and admiration, Golden couldn’t help but notice the world around her changed. She went from being in a predominantly black space to a predominantly white space, and immediately she was made aware of her body. As she navigated through school, Golden was great at sports and an excellent student, but she noticed at social outings she was not usually the first pick.

For college, she took off to an HBCU in Florida, and for the first time in a while, she was being noticed, and seemingly appreciated for her curves.

"Instantly, I was swarmed with attention I never had before. All of a sudden this body that I thought was like the worst ever, was something that was actually desired,” Golden shared with XO Necole. "I never had a problem getting attention from men, or whatever else but on the other side of that some other women made me feel ashamed of my body… Like 'you're doing too much'." 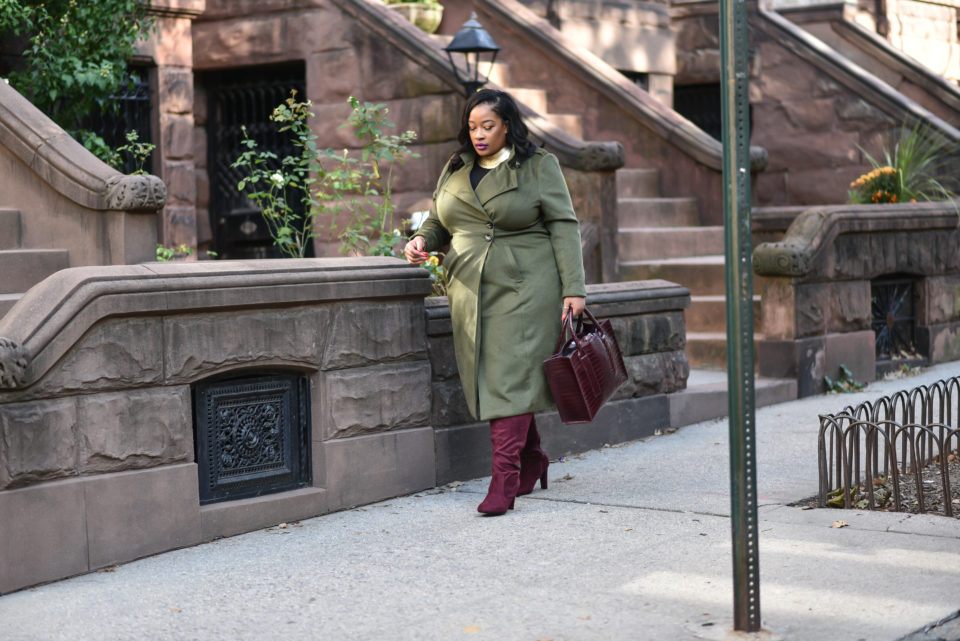 Comments like that are what led her to question her body and “eat” her emotions. Golden began gaining weight, and while she was able to maintain female relationships, she began receiving less attention from men, and following the end of a toxic relationship, she truly no longer cared about her appearance.

In the midst of Golden’s confusion and wanting change, her biological father emerged and offered her the opportunity to pursue her dreams in New York.

"I wanted to move to New York to be a supermodel. I was obsessed with Toccara from America's Next Top Model. I wanted to be her, she was beautiful," she told XO Necole.

That move to the Big Apple was just the change she needed to start anew and follow her heart’s desires. Shortly after, her blog was born and became a hub for fashion inspiration and body-positivity. Before she knew it, Golden went from a blogger to an influencer, and since then has collaborated with brands such as Ashley Stewart, Old Navy, Macy’s, Lane Bryant and JCPenny.

Golden has now created her own movement, #GoldenConfidence, which focuses on body-positivity and building confidence across social media platforms. In doing so, she hosted events including the annual #GoldenConfidence pool party, and has her eye on launching a lingerie line that prides itself on body inclusivity.

She is definitely a woman on the move, but in all that she does, the need for a grounding tribe is important.

I’m having the time of life with my #XoqSquad at Essence Fest! Pssst! Will you be in NOLA this weekend for #ESSENCEfest and want to attend the @ELOQUII showroom? Use my name as your exclusive invitation to enter the showroom (Subject to capacity!) The ELOQUII showroom is at 300 Bourbon Street and is open today from 1pm to 9pm. See you soon!

And speaking of getting out of your own head, Golden also uses words of affirmation to remind herself of her beauty and worth daily, even when she’s not feeling 100%. She has also come to realize her confidence is powered by her comfortability with herself and embracing all of who she is. 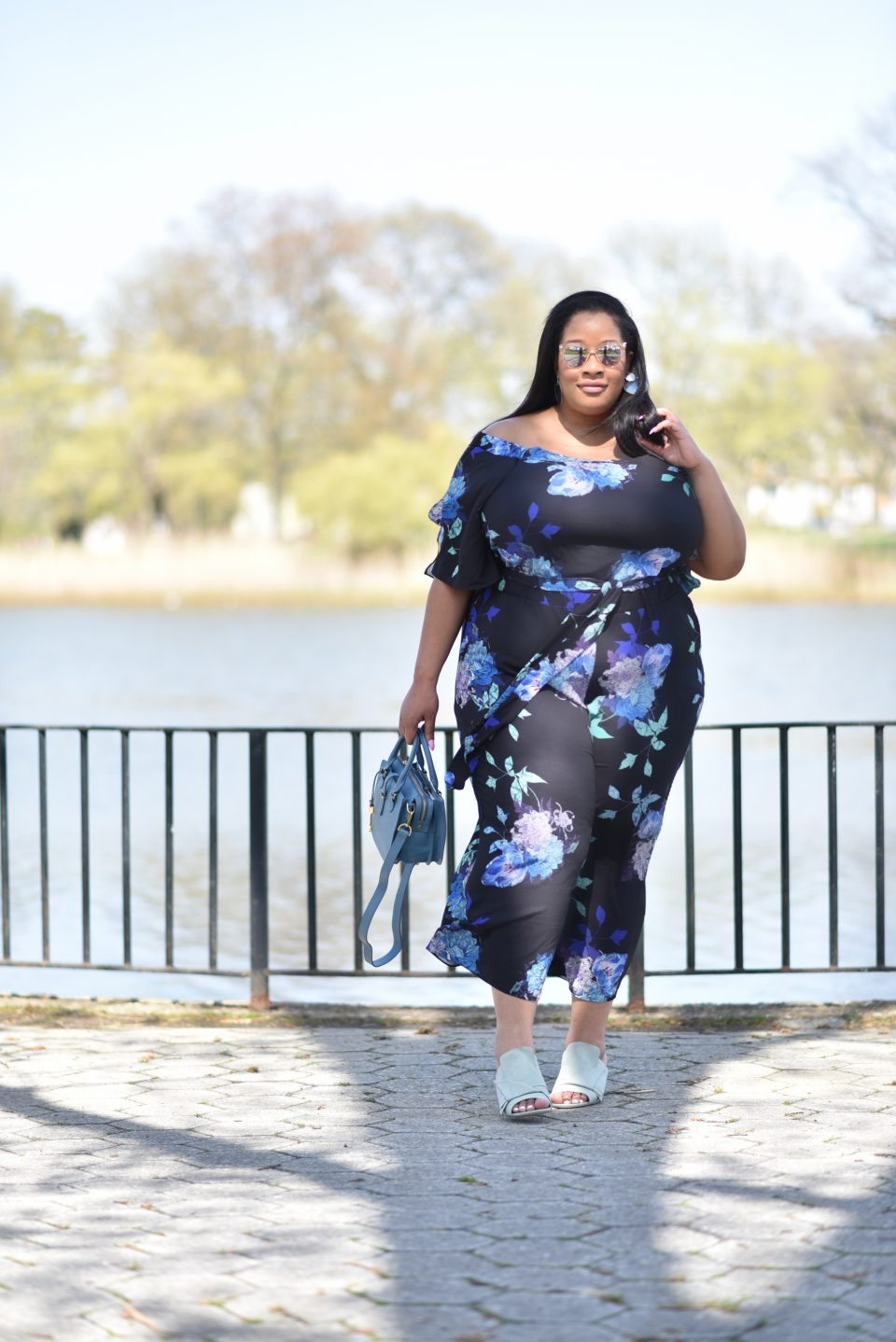 “Listen to yourself, and don't be so hard [on] yourself. Don't feel like you have to look like somebody else on social media, don't feel like you have to follow every single trend, and don't be afraid to unfollow some of these people who aren't bringing joy to your life. Be kind to yourself, and continue to surround yourself with women who value you, your friendship, [and] who you can bounce positive energy off of."

Ready. Set. Boss. Our daily email is pouring out inspiration with the latest #BlackGirlBossUp moments, tips on hair, beauty and lifestyle to get you on track to a better you! Sign up today!