Mikaila Brown: For me, I realized that I wanted to do for fashion what Anthony Bourdain does for food. So the same way that he introduces people to the foods of Madrid and tells people where to eat it, I wanted to do that for local fashion businesses. And particularly for marginalized fashion communities. I know how hard it was for me to start my own fashion line — as a Black woman who didn't have rich parents — and so for me, this was my way of giving back to that community because if I can bring attention to these amazing minority designers, owners, and these marginalized communities, I'd be helping to keep their creativity alive. I know so many minority designers who don't survive because they don't have the money to sustain their business. So it was a way for me to take my anthropological background and use my tools of research to find out their stories, and then share those stories through tours. I started doing that about two years ago, and serendipitously, that was around the same time that Airbnb launched Experiences — which was a perfect fit for me and my brand because it gave me the opportunity to access people from all over the world. Everyone knows New York is the fashion capital of the world, but when people come to shop in New York, they always go to SoHo or (at best) they go to Brooklyn. But people don't think to come to Harlem because, in their mind, they don't think of Harlem as a hub of creativity. But we know it is because of the Harlem Renaissance. And there's still amazing fashion designers here. 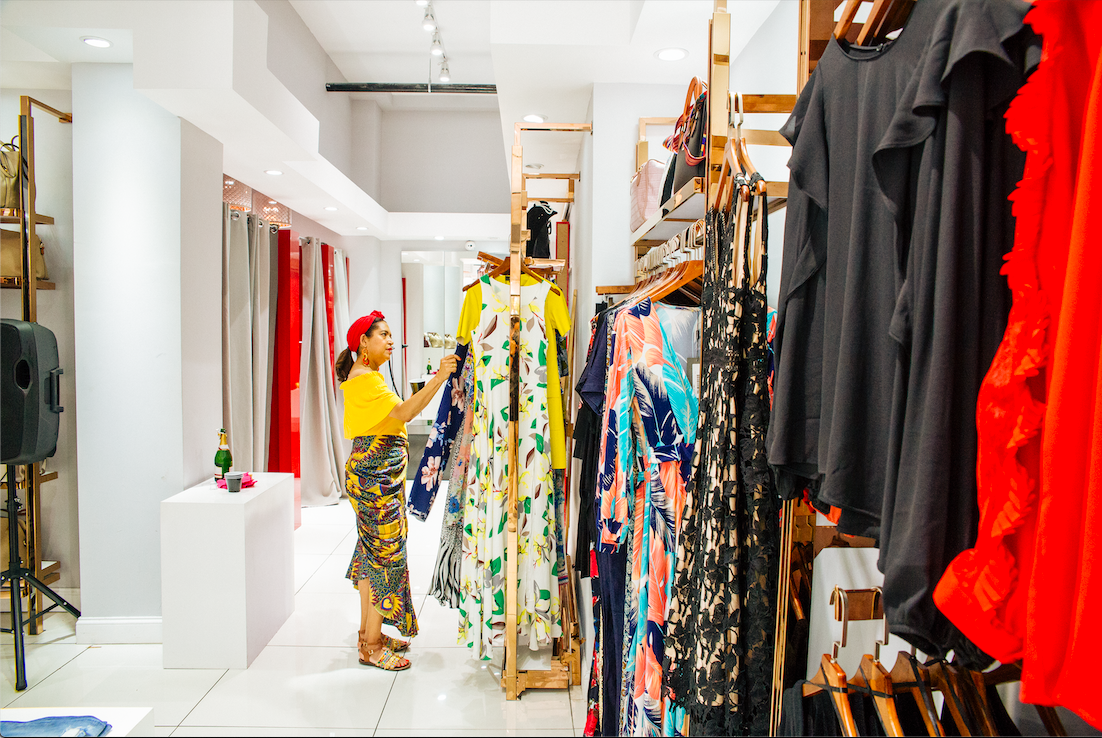 MB: I lived in Harlem for 10 years, and I have friends in Harlem who don't shop in Harlem. They have naturally been programmed to go downtown to shop. And so I wanted to give people the opportunity to say, "yo, look at what's happening right here." Also, Harlem is really amazing for its rich history. Harlem has been so impactful for Black culture since the 1920s, starting with the Harlem Renaissance then leading into the 1960s with the Civil Rights Movement that has a lot of its roots in Harlem. Most people don't realize this but, the Dashiki is originally designed in Harlem, it's not from Africa. It was established by a designer living in Harlem who had a boutique and wanted to create something that represented their African pride. It's because of that rich history of why I wanted to make a continuation of that story. And it's become incredibly poignant for me these last couple of years because we're experiencing a wave of gentrification. And because we've seen that happen in Brooklyn, and Brooklyn begin to lose some of its flavor, my tours are its own form of activism to say that Harlem is a dope place — dope before rich white people thought it was dope — and I want you to see the history and how it's continuing that trajectory and the community its built throughout our time. So Harlem was the perfect place to start because I'm in love with Harelm, and I want people to fall in love with the Harlem that was and the Harlem that it's becoming. 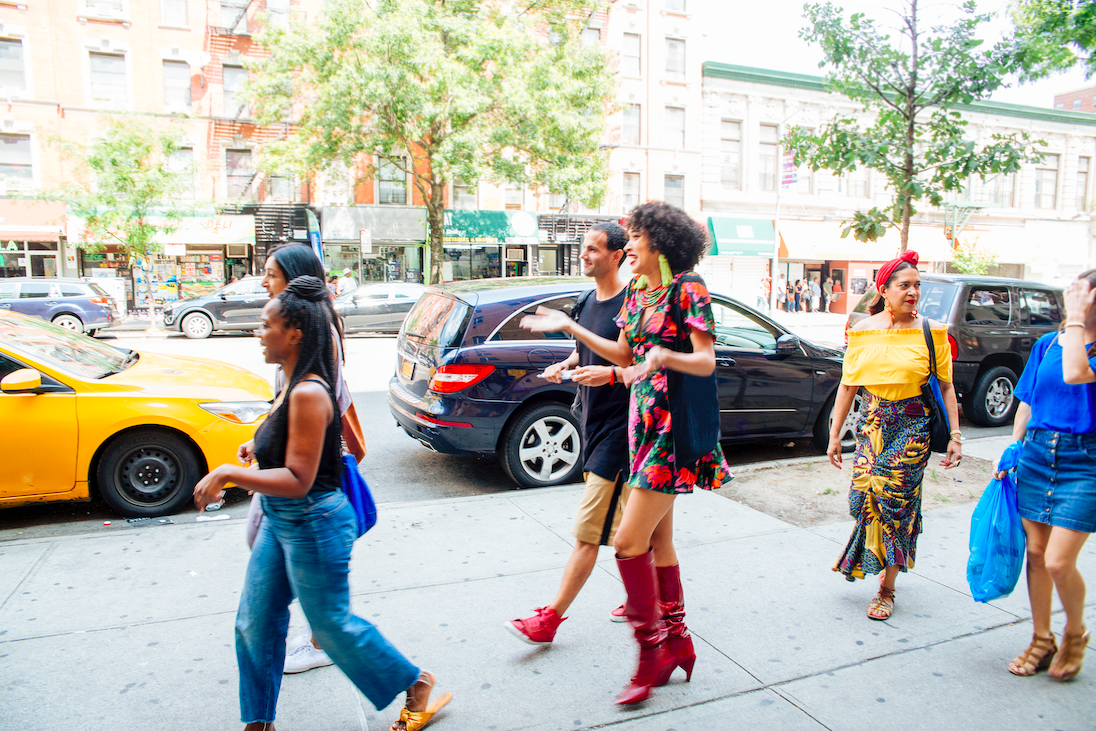 MB: I have a mix of new and old boutiques, and some of them represent Harlem from the 1980s. I have a really great designer, named Guy Wood, who has been designing since he was in high school during the '80s. He designed for everybody major in the Hip Hop culture — Beyoncé, Jay-Z, Diddy, Alicia Keys, DJ Khaled — so he's really been the face of custom clothing in Harlem. And it's an expensive boutique. I tell people on my tours, "you're going to come in and see people that probably can't afford but it's apart of the narrative." I want you to see that side of Harlem. I want you to see this Black excellence. I want to to see this ability to provide high-quality clothing in Harlem. Often times when people think of streetwear in Harlem, they think of graphic tees — which is true and they're dope! I don't want to deny their place — but I want to show the diversity of what Harlem has to offer. It's all about introducing you to Harlem and using fashion as the lens.

I have a lot of African designers who I highlight on my tour because Harlem has a huge African population. They are importing wears from the continent and selling it here, so in many ways, it's a form of authenticity and bringing the African culture to Harlem. For me, it's important that the boutiques on my tours are accurate representations of different communities that exist in Harlem. I always say that shopping is better when you know the story. When people are on the tour, I think they really appreciate that they just bought this article of clothing that looks good, and also, represents the trip and the people that they met that they feel inspired by. 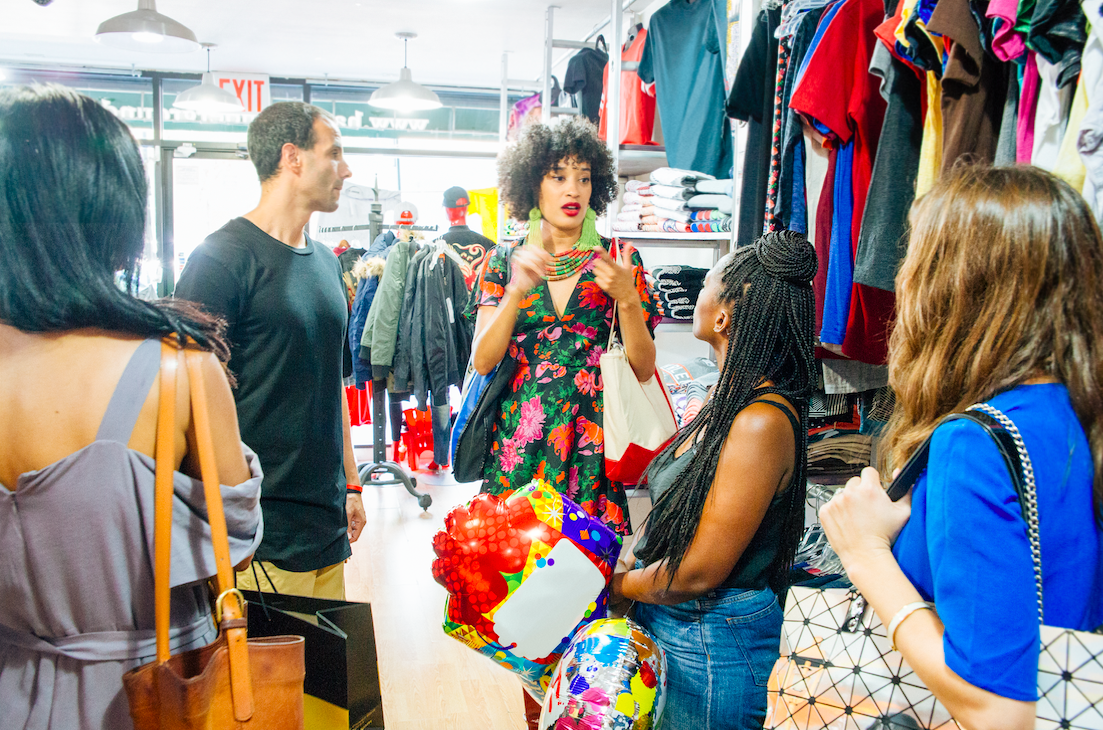 MB: Yep! I talk to a lot of fashion programs in New York about cultural appropriation, and too often these creative designers go out of business because they don't have the money to compete with these big brands co-opting their designs. My thing is, a consumer should know the originator of a design. If they see it in a store, they assume Zara did it first or they assume H&M did it first. My Sidewalk Safaris gets to bring you to the source face-to-face.

I think in some ways the fashion industry can be so elitist because there's an assumption that creativity only exists in the upper-echelon of white, gay men who are creating things in Europe. So I'm hopeful that the people on my tour realize the level of creativity that exists in local communities. And that's why I love partnering with Airbnb because they've allowed me to tell this narrative within a base of truth and authenticity. Gentrification and cultural appropriation will be discussed in-depth on these tours, and I hope that people who leave the tour are more sensitive to those issues.

MB: Great question! I think it changes but I definitely feel like my number one is Dapper Dan. The main reason because he's so connected to the community. I joke about it, but literally, everybody stops and chills on the corner when Dapper Dan is on the corner. And sometimes that's a homeless man with two teeth saying, "Hey Dap!" And Dapper Dan will talk to him. I like to call him the David and Goliath of fashion because he was this tiny little designer who brought down this luxury brand — and not necessarily brought them down like destroyed them — but made them take race and Black culture really seriously. To see his career come full circle and given the opportunity to put Harlem on the map when it comes to fashion is amazing. When people write about him, they are writing about Harlem. So what I love most about him, besides the fact that he's extremely creative and makes beautiful clothing, he also is an incredibly good person and community-oriented. For Black designers, that's what makes us different from white designers — it's never just about us, it's always about our community. 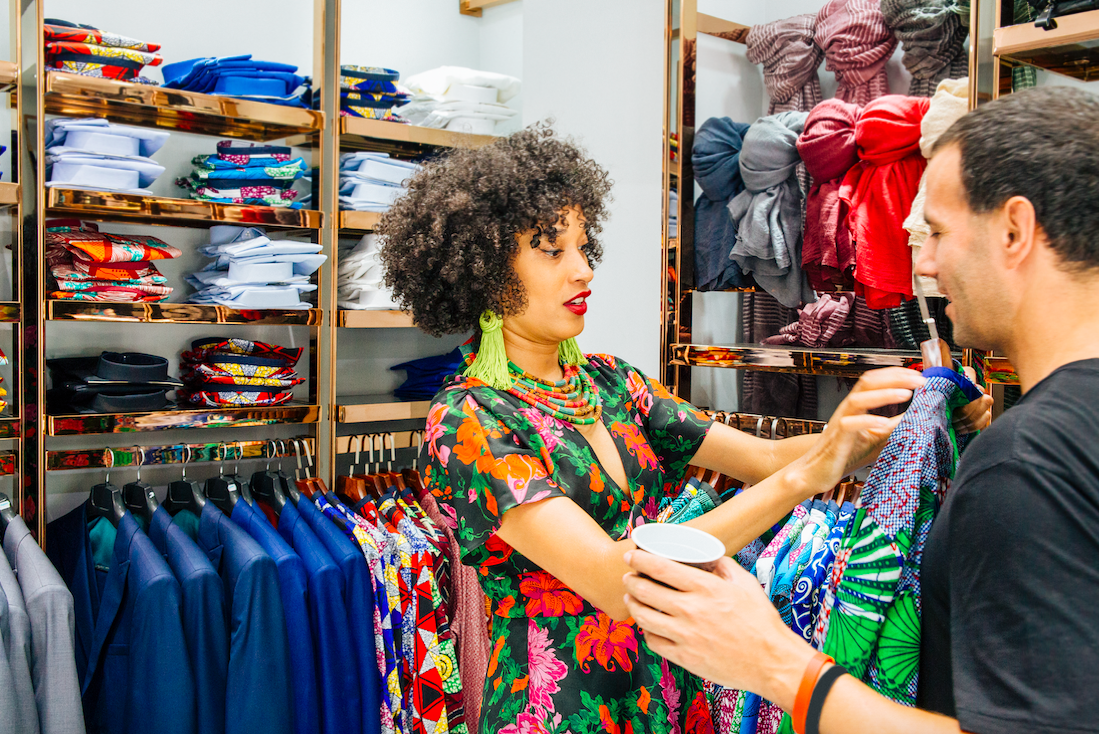 MB: I mean I got to be honest, I just love that I'm living my dream. I have been trying to build a business for 10 years — the first five as a fashion designer and the last five as a fashion anthropologist — and I feel this is who I am. And I have to say that a lot of this is possible because of Airbnb. To be apart of Airbnb and be afforded the resources that they have is a blessing. I've been doing the Sidewalk Safaris tours for two years now, and there's no day when I like, "This is my life: I really get to do what I love and what I'm good at every single day." There's nothing more fulfilling than that. I'm launching in Atlanta in a month, and I'm hoping to launch in LA by the end of the year. All I can really say is, I've literally never been happier.