In 2007, Batani-Khalfani applied and went to an open call casting for the popular fashion design competition and television series, Project Runway. When they told her no, she was fine with it considering she never really wanted to be on reality TV. But this past April the spirit spoke to her and said “Project Runway,” which she hadn’t thought about since that open casting call. When she looked online and saw the application was due the next day, she realized there was a reason she listened to her intuition. She did the video portion of the application the next day and was chosen to appear on this season — where she made it to the top 8 contestants.

That powerful sense of self is something that can be seen through her strong designs and all the ways she creates art.

“I would describe myself as a multi-faceted creative,” says Batani, “Incorporating design, art, acting and other creative things.”

Ever since she was a child, being a creative was intuitive to her. She’s always been an artist — painting and drawing from a young age. Since she was 3 or 4, she’s known that she was going to be a designer, model, actress and dancer — and she worked toward it until she reached those goals. 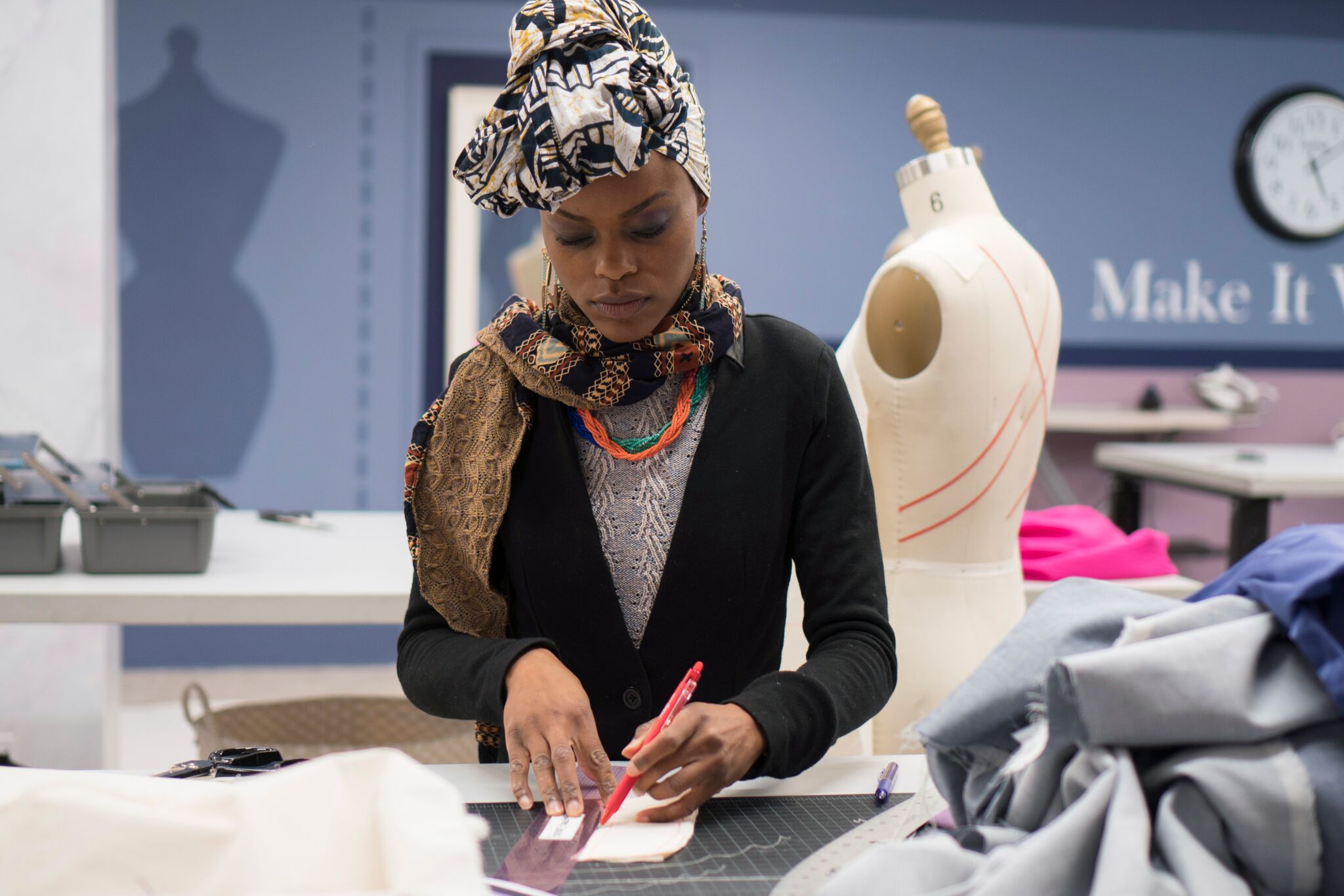 Outside of work, Batani is still spending most of her time creating. She also loves to go hiking, head to the top of a hill and meditate and do lots of things outdoors such as skating, jogging and generally staying on the move.

“I always have a thing where I have to balance everything,” Batani says, “As much as I work, I like to have time to myself to do everything I want to do. I don’t like to overwhelm myself. If I’m  working really hard, I will just stop, rest, go to the movies, go to a party or visit my mom. I just make sure I make time for everything that’s important to me. As much as designing is important, living is as well.”

Self-care is an essential part of living happily — especially for those of us in creative careers like Batani where our work can seemingly never end.

“I say affirmations after I get up, even when showering, I speak to myself and say affirmations,” she says. She also practices yoga (which she used to teach to children) and makes sure she eats a healthy mix of foods like veggies to get the nutrients she needs. 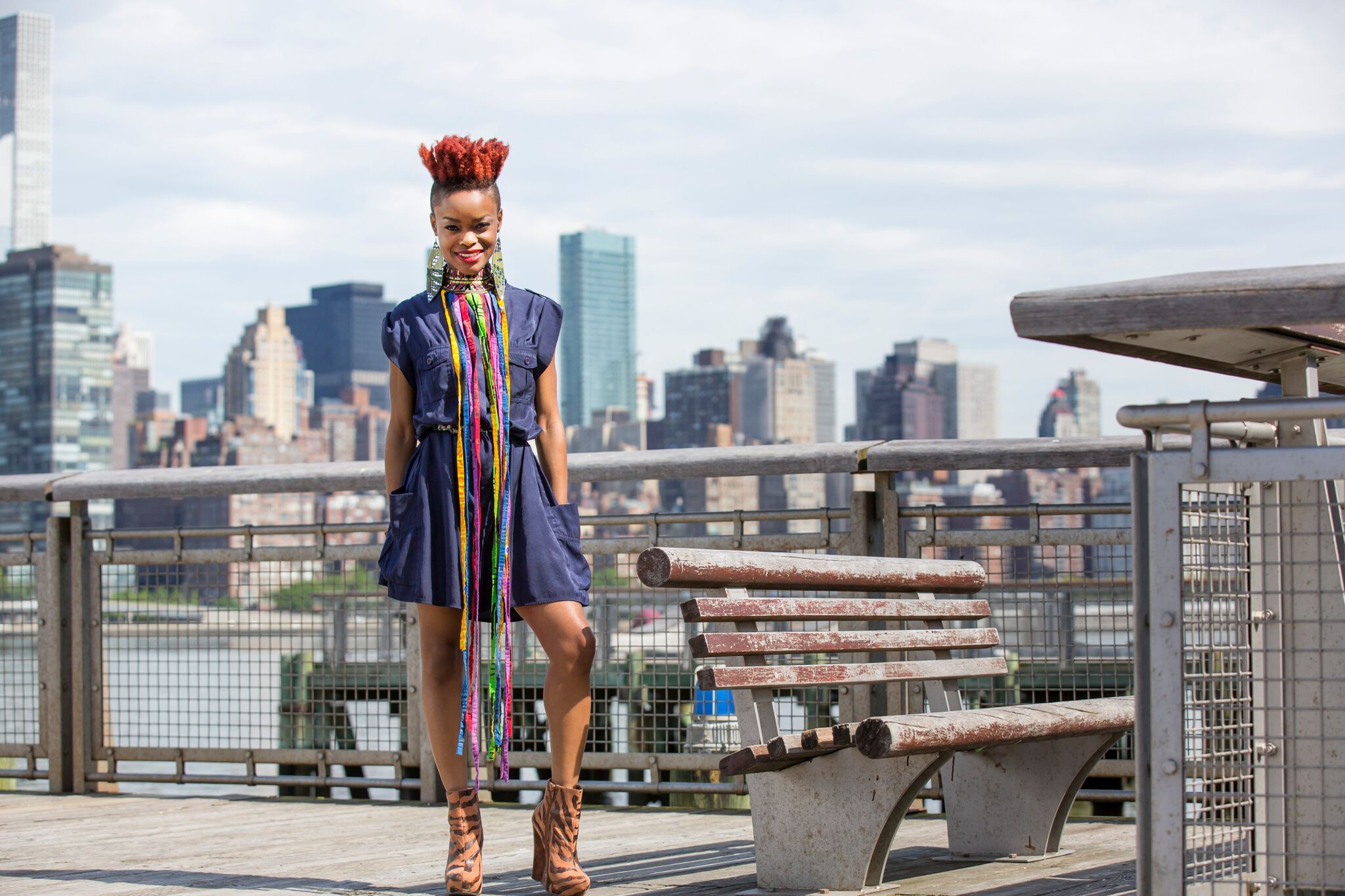 Batani starts her day with affirmations and meditation in the morning.

“I think it’s very essential to get my mind right for the day,” she says, “Even when I’m getting dressed, I’ll say that I want to feel powerful, like a goddess, bold. I’ll notice throughout the day people will say those exact things to me. And if I don’t do it one day, I notice how things go.”

After getting her mind right comes washing her face with Dudu-osun black soap to keep her skin from getting oily. Then she’ll use Vitamin C renewal cream on her skin, which keeps it supple and pretty.

“I also use this handmade shea butter with lemongrass I get from a vendor (Iman Hafiz in Leimert Park),” she says. “And for my hair, I use coconut oil every day and sometimes I use different As I Am creams.”

Each day, Batani has goals she sets for herself.

“When I check in with those goals, it keeps me motivated,” she says, “If I want to make a certain amount, I work toward that and don’t let certain things distract me. I decide how many designs I want to do, who I want to see my pieces on, where I want to be next month — that’s motivational, to have goals set for myself.”

But if there’s one thing that Batani stands most firmly by when it comes to her day-to-day life, it’s to have a mindset of abundance.

“A lot of people have scarcity mindset,” she says, “They don’t want to give info, don’t want to help people. And it’s limiting. With abundance, you know whatever you give, you receive, from God or from another person. You don’t have to limit yourself or others. You can share info, be yourself and give without fear.”

And something anyone who watched her run on Project Runway can see is that Batani isn’t afraid to stay true to herself. And that’s a thing she encourages everyone to practice whether on reality TV or just in everyday life.

“There are so many people trying to be something they’re not,” she says, “I’m not to be shaped into a box, I’m multidimensional and multifaceted. I’m like water, I just flow. Stay true to yourself and you’ll get what you need.”

If you want a piece of Batani’s standout style, her virtual styling sessions on her website will help you incorporate tips and tricks to make your personal style the best. She’s also releasing a collection of paintings and photos on her website. 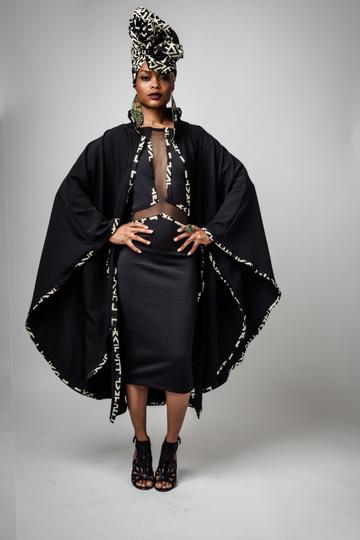