How Women in Music Are Changing the Paradigm of Financial Independence

Music has always had a way to influence the masses. For many decades, men in music, typically through their lyrics, have influenced the purchasing habits of their fans. Today, the industry has evolved in such a way that now includes the influence of women. After much time and with the evolution of social media, musicians, especially women, are noticing how they can impact the world. Because of this, female artists are sharing golden gems on how they stay successful and financially independent in a male-dominated industry. The success of rising and established female artists has signaled a turn of the times, from encouraging women to purchase the latest fashion collections to inspiring them to invest in their success. The growing momentum of female, financial independence has spread amongst the average working woman encouraging them to invest and own everything they can get their hands on.

So, are you ready to secure your bag, sis?

As we continue to inspire and teach women how to reach new heights in their career and finances, JPMorgan Chase and Essence have launched Currency Conversations to bring Black women together to expand our financial success and help us achieve the financial freedom we deserve!

On the heels of Advancing Black Pathways, an initiative to help Black people chart stronger paths toward economic success, Currency Conversations launched to encourage women to commit to their money goals.

Take it from Queen Bey: in 2015, rather than cashing a $6 million dollar check to perform at a corporate UBER event, she requested that she receive her $6 million in the form of company stock, as Yahoo! Finance reported. That must be what she meant when she said to “pay me in equity”. Now, with the company being publicly shared, Queen Bey is estimated to profit $300 million from her shares.

This isn’t the only time the R&B/Pop icon has brilliantly planned ahead: she also inked a deal with Coachella to own the rights to her performance which led to her Netflix feature, grossing her $60 million. But she isn’t the only Queen thinking about investments and larger payouts. The original Queen and music icon, known for her hit song U.N.I.T.Y, is investing in her hometown, Newark, NJ, by building a $14 million housing complex. According to NJ.com, her company, BlueSugar Corporation, is partnering with GonSosa Development to include 20 three-family townhomes and another mixed-used building with an additional 16 units of affordable housing, a fitness center, and commercial space for nonprofit community organizations. 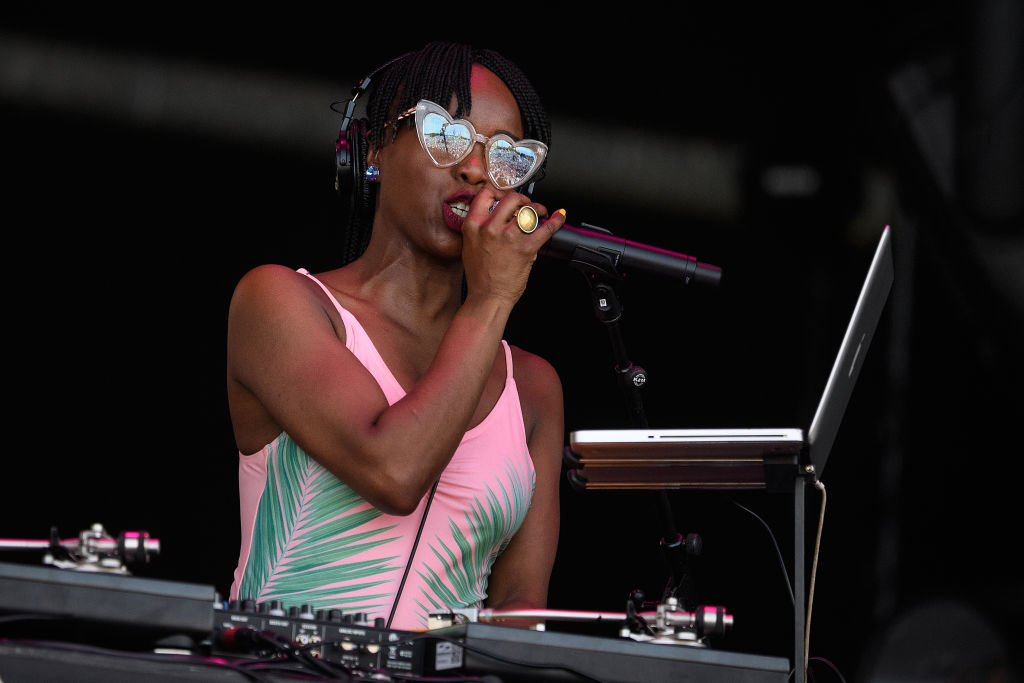 With so much inspiration around us, it’s a no-brainer to take the pledge with JPMorgan Chase and Essence and put yourself first. Let’s be real — if there’s one thing these phenomenal, female artists are lyrically preaching to us, it’s to commit to SELF first. The fate for women in the world of hip hop could not be more reflective of the times. The future is female — and a true testament embodying this reality stems from the words of a certain Stallion, we’re “getting money, it is what it is.”

As we approach the end of a decade, women are steadily climbing our respective career ladders to achieve the financial success we’ve always dreamed of. Despite having a longer life expectancy, fewer years in the workforce, and less pay than men, more and more women are achieving their financial independence by any means necessary. In the face of these issues, investing in stocks or real estate is a sure way to accumulate wealth. This is why it’s immensely gratifying to have allies like JPMorgan Chase actively serving Black women in order to achieve economic inclusion and wealth creation. “Through Currency Conversations, we’re engaging black women in a discussion about what it takes to achieve financial security, while providing encouragement and actionable steps they can take to ensure they’re on a path to long-term financial freedom,” stated Thasunda Brown Duckett, CEO of Chase Consumer Banking and Executive Sponsor of Advancing Black Pathways.

As the incomparable Bronx-native rapper said, “we were born to flex”. Black women are on the rise, and as we continue to “make money moves” and channel the infectious energy of our female singer and rap counterparts, there’s not a soul out there who can tell us otherwise. For more information on how we can gain financial strength through the power of sisterhood, visit Currency Conversations today!

This article is in partnership with JPMorgan Chase.