Halima Aden is no stranger to being "unconventional" but to her she is simply being herself. Her bold embrace of her identity and bubbly-personality has landed Aden as one of America's models to watch. In a recent interview with Instyle, the Somali-American beauty shared that her hijab has gotten her a lot of attention but to her wearing it is not a political statement, it's her norm.

"I recognize that it’s the first thing people notice about me in a country where it may be the only information you have about Muslims," Aden told Instyle. "I approach it from a positive standpoint: Maybe I’m the only Muslim that person is going to encounter—so my personality better be on point!"

Currently, you can catch Aden walking runway shows for Yeezy, gracing the cover of magazines such as Allure and Vogue Arabia, and even appearing in brand ads for Fenty Beauty and Nike, but before all of this Aden and her mother lived in Kakuma, a United Nations refugee camp in Kenya. They immigrated from Kenya to Minnesota in 2005 and made a new life in America.

In 2016, Aden made history in the Miss Minnesota Pageant as the first contestant to wear a hijab and burkini during the swimsuit portion of the competition. Although she did not walk away with the title, her ability to represent Muslim women in such a beautiful and positive light opened up doors for the now 20-year-old model.

"Representation is a privilege," Aden told Today in 2016. "Most images of Muslim woman are attached to victimhood… I never see positive representation, the way I see other women being celebrated. I wanted to challenge those definitions of beauty."

And challenging those definitions while remaining true to herself is what has lead her to where she is today. When asked if the fashion and beauty industries attempt to be inclusive could be turned into tokenism Aden responded that every breakthrough begins with the first step.

"Somebody needs to be the first; it comes down to that. And it makes me happy to know I’m definitely not going to be the last," Aden told Instyle. 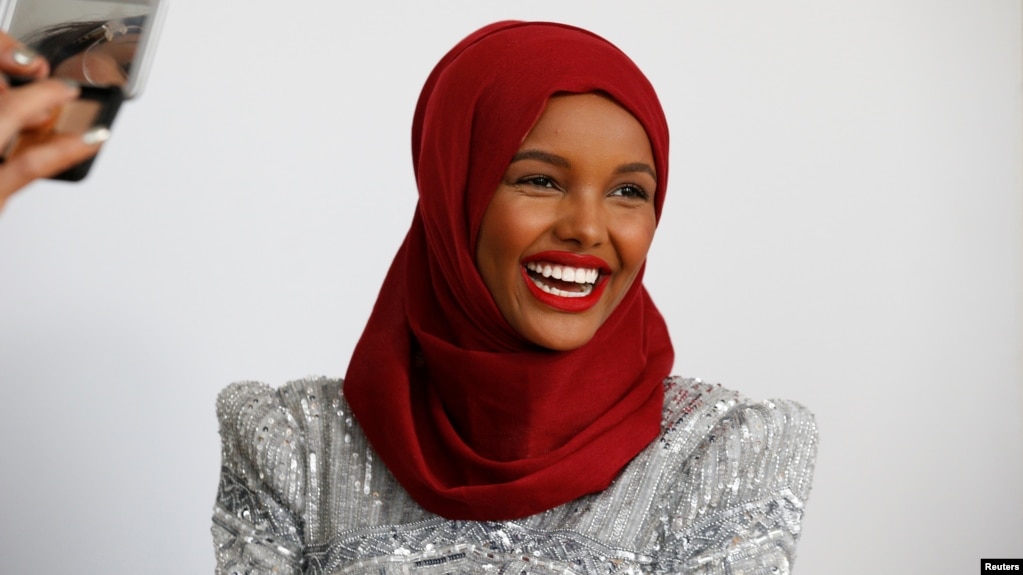 Aden also addressed her understanding of beauty and her belief that "[b]eauty is working with what you have." To her, beauty is more than just "looking" beautiful, it is something that radiates from the inside out and should not simply be attached to makeup and clothing. "You can be covered from head to toe and still be beautiful," Aden said to Instyle. "There’s a beauty in what you say and how you carry yourself. That’s the kind of beauty we should strive for."

But even with that description, Aden made it clear that she does love makeup but makeup does not define her beauty. She said it is a tool to assist her in bringing out the version of herself she likes the most.

And as if Aden wasn't already our favorite little sister in our heads, she shared how she too has bad "hair" days. Sometimes her hijab gives her a bit of trouble in which she exclaimed, “The struggle is real… Some people have bad-hair days — I have bad-hijab days!"

With her light and deep-dimpled smile, we would never even know if a bad-hijab day was upon her! Keep shining and blazing paths, Halima!