Nigerian-American Actress Karen Obilom Talks About Lessons Learned in Her Journey to Making It in Hollywood. 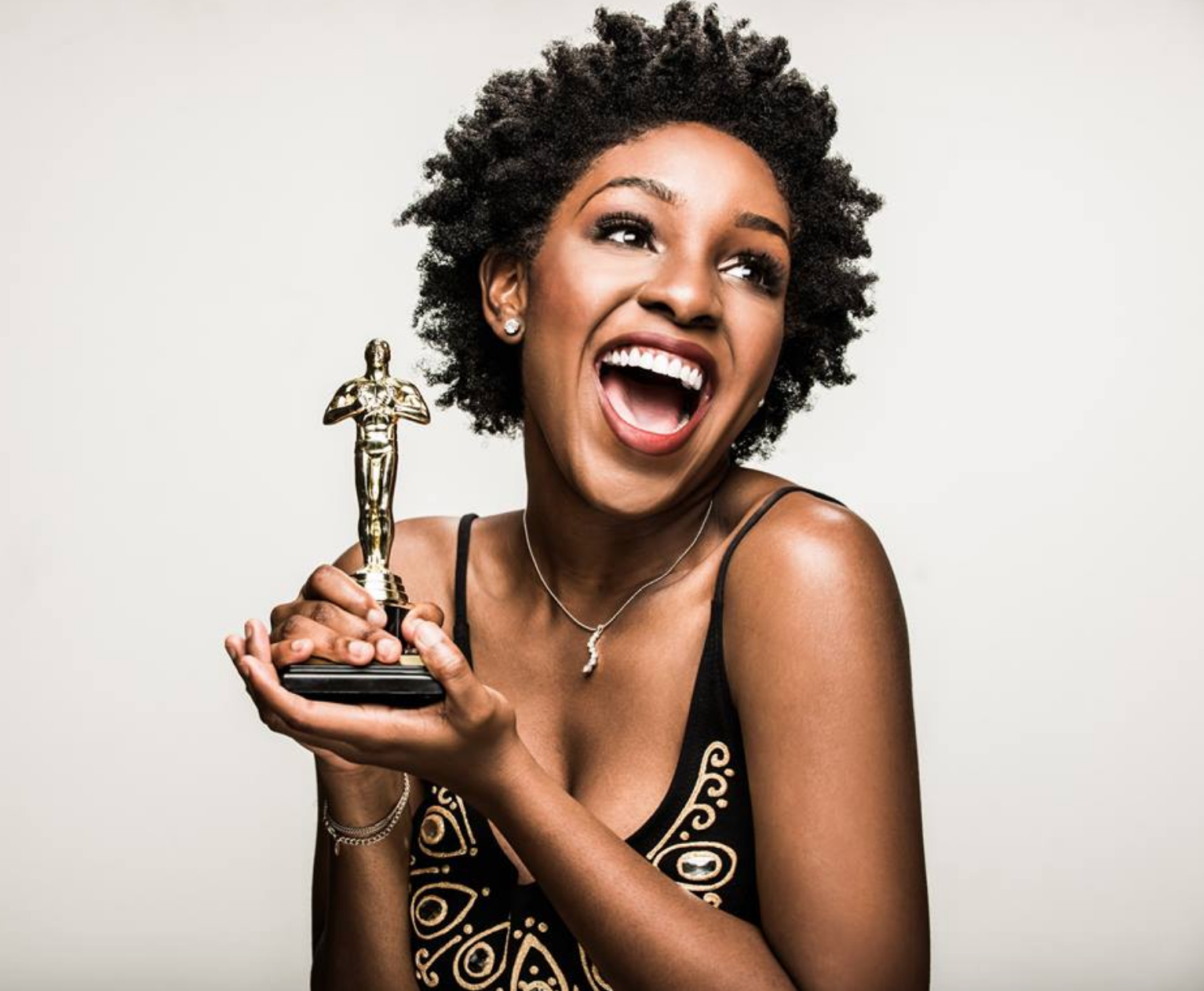 This year seems to be another monumental year for black women in Hollywood.  We are going from witnessing more black actresses in influential roles on television and in film to having twelve prominent black women gracing the covers of the fashion industry biggest issues of the year.

Women of color in this industry are making themselves harder to ignore. They have been undermined for years and we are beginning to see more shows focused on diverse audiences created by black women. Creation of such programs gives us a chance to witness upcoming black actresses and actors who could possibly carry the torch of greatness as the future of black television and film continues to transcend and break barriers.

Karen Obilom is definitely an actress everyone should watch out for. You might remember her debut on Season 3, Episode 3 of HBO’s Insecure playing the role of Antoinette. Most recently, Obilom has co-starred in an episode of NCIS: Los Angeles and the Streamy Awards nominated comedy series Mr. Student Body President. Born in Texas and raised by Nigerian parents, her dream to hit the big screen comes with tough lessons and unwavering persistence in an industry that is often seen as glitz and glam. 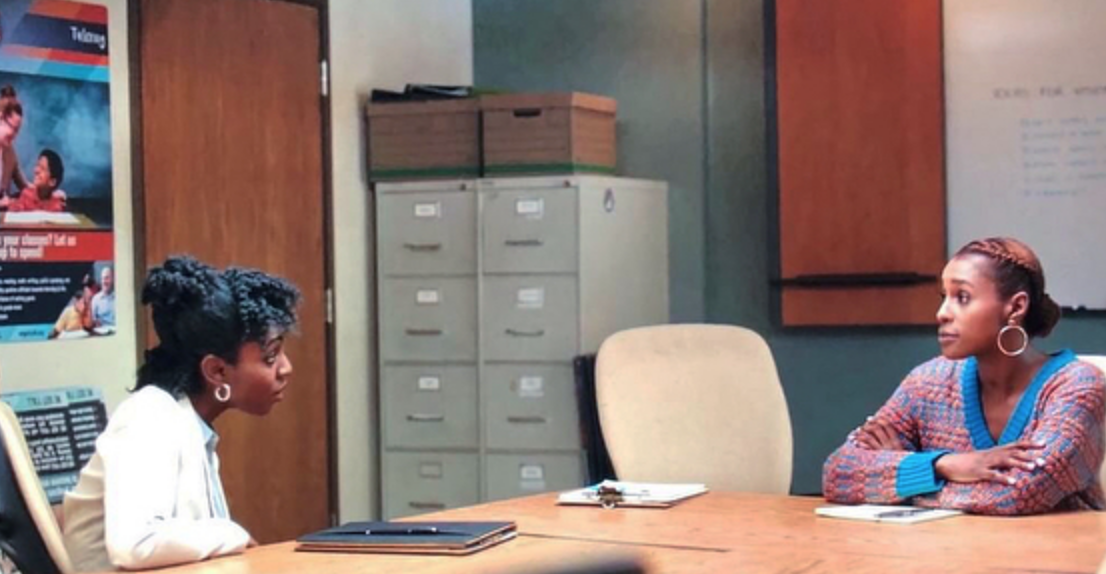 When did your love for acting begin?

It began in the first grade. I remember going to watch a play called “The Colored Museum.” It was a play that explored the black culture. I thought it was the coolest thing. After that, I told my parents what I wanted to do and they put me in acting classes. Believe it or not, I had stage fright. I couldn’t even talk. With practice, I got better. It honestly helped to have Nigerian parents who support a non-traditional career like mine rather than the medical, engineering, or law fields. Things would have been much more difficult if they weren’t.

You have been consistent with your passion for acting all the way up until college. How were things after you graduated?

I graduated from the American Musical and Dramatic Academy in Hollywood in 2014. I didn’t know what to do for the first six months. Without an agent, it’s hard to get credits and without credits, it’s hard to get an agent. In this industry it’s really who you know, so I went on many acting websites, I networked, sent numerous emails and a majority of them were no responses.

I worked as an extra and did background roles. I read motivational blog posts and a whole bunch of how to be successful articles. At one point I realized everyone’s journey to success is different.  Eventually, I got an agent and gradually booked some commercials like McDonalds and Credit Karma. On the side, I had a flexible brand ambassadors job so I could focus heavily on auditions.

What challenges do you face in this industry?

You never know what the casting directors want. For the most part, I try not to only go for African-American roles because my team wants me to be more open. Work isn’t always consistent. Sometimes the waiting period can go on for months before you are casted for the next opportunity. That’s why many give up so fast. The rejections are the hardest but it is part of the journey. I didn’t choose this profession because of money, I chose it because I love the feeling it gives me and the great feeling it gives people who watch.

As a black woman and actress, I have range. I am versatile and Hollywood needs to catch up to that. Hollywood is doing better. It’s hard being a dark-skinned woman in Hollywood though. When the casting director casts black women they tend to get the ones who are already popular or lighter skinned. I can’t wait to get more of us through the door. We are beautiful. We are leading ladies.

When you look for work are you peculiar about the roles you go for or do you go for any opportunity that comes your way?

When I first started out, all I wanted to do was work. It truly depends on where you are in your career. I've come a long way so I'm focused on only doing guest star roles or above. I can never do anything that involves nudity. I've actually turned down roles. I have a high expectation for myself, managers, and agents. I have a goal and I need everyone to be on that train. I have no problem bringing on people who believe in me more than I believe in myself.

You were chosen to be a part of the ABC Discovers: Talent Showcase. How has the experience been for you?

The showcase gives 14 actors and actresses the opportunity to be mentored by executives from the ABC Casting Department. We are chosen to perform in a one-night showcase in front of the talent agents, directors and other industry professionals. More than 10,000 people submitted applications for this opportunity. This was a two-month process and I ended up being chosen. We did a lot of pre-reads and mix and matches with cold reads. I was in complete shock. The goal of the showcase is to get us ready for the pilot season. ABC has a lot of new shows and its workshops prepare us for that.

Talk about Insecure. How did that opportunity come about?

Actually, I auditioned once for the show and didn’t get it. When I heard of another audition I went for it. I went into reciting the same lines I did on the episode, and once I finished the casting director gave me a high five, which I wasn’t expecting. Fast forward, I was shooting a pilot when I officially got the call. It was a quick two days of shooting. Issa Rae is such a boss and so down to earth.  I mean look at where she first started and see where she is now. She carved her own path while still being herself. It was an even greater feeling to witness all the black people on set.

Why is it important now more than ever to have roles like this in Hollywood?

Black people have so many stories and we have barely scratched the surface. It important to see people like Issa get it done the way she has. Creating a space for young black actresses like myself to highlight our talents.

What advice do you have for young black actors/actresses trying to break in as well?

You are worthy no matter what anyone says about you. Hollywood is about appearances. If there is a gap that needs to be filled, create an avenue to solve the problem. Your destiny is in your hands. Don’t wait for anyone to give it to you.

Any other projects you are working on?

My goal is to make movies with people who look like me. I want to get more of us into the door. I want to make it so inclusive that is the norm.  Currently, my boyfriend and I are working on a full-featured film called “Along Ways From Okay.” It’s a powerful film focus on the life of a woman who is paralyzed from the waist down. The goal is to have it viewed during the Sundance Festival.  I’m also working on another project with Director Sean Frank titled Further Away: Post Traumatic Slave Syndrome which will be playing November 1st at the Los Angeles County Museum of Art. Also, I'm in a trailer pilot alongside Nigerian comedian Chief Obi called “Rukky." It's directed by Ebiye Ikuku and it's about a girl from Nigeria who goes to Los Angeles for photography and learns to navigate life in the city.