If you ask 10 different people on a fitness journey why they started, you would probably get 10 different reasons. While most people have similar reasons such as health concerns or fitting into that special dress that’s been sitting at the back of their closet, some people have a very unique "wake-up call" moment.

"You never want to see your child suffer, you know, and to see her face. She tried to hold it in, that day she told me her classmate called me fat but at that moment, I knew I had to change," Saintfort told GMA’s Robin Roberts. 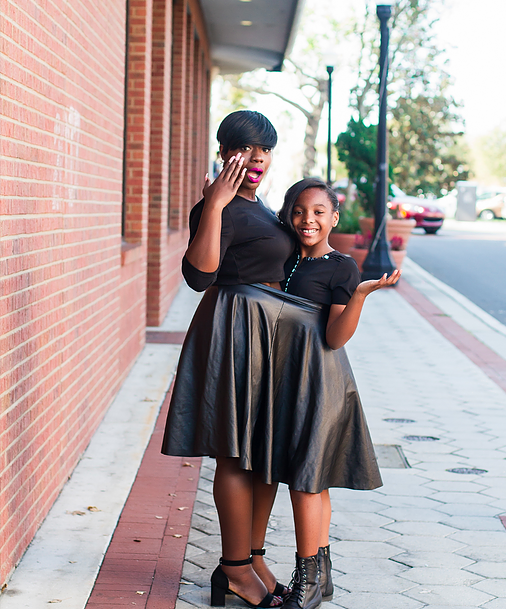 On January 29, 2017, Saintfort began her fitness journey and in a year’s time, Saintfort lost over 120 pounds and was featured on the cover of People Magazine for her amazing feat. She told People that, in the past, her weight never bothered her because she always took care of herself, but after developing lymphedema (the swelling in an arm or leg caused by a lymphatic system blockage) and realizing how her choices were affecting her daughter, she decided it was time to really commit. 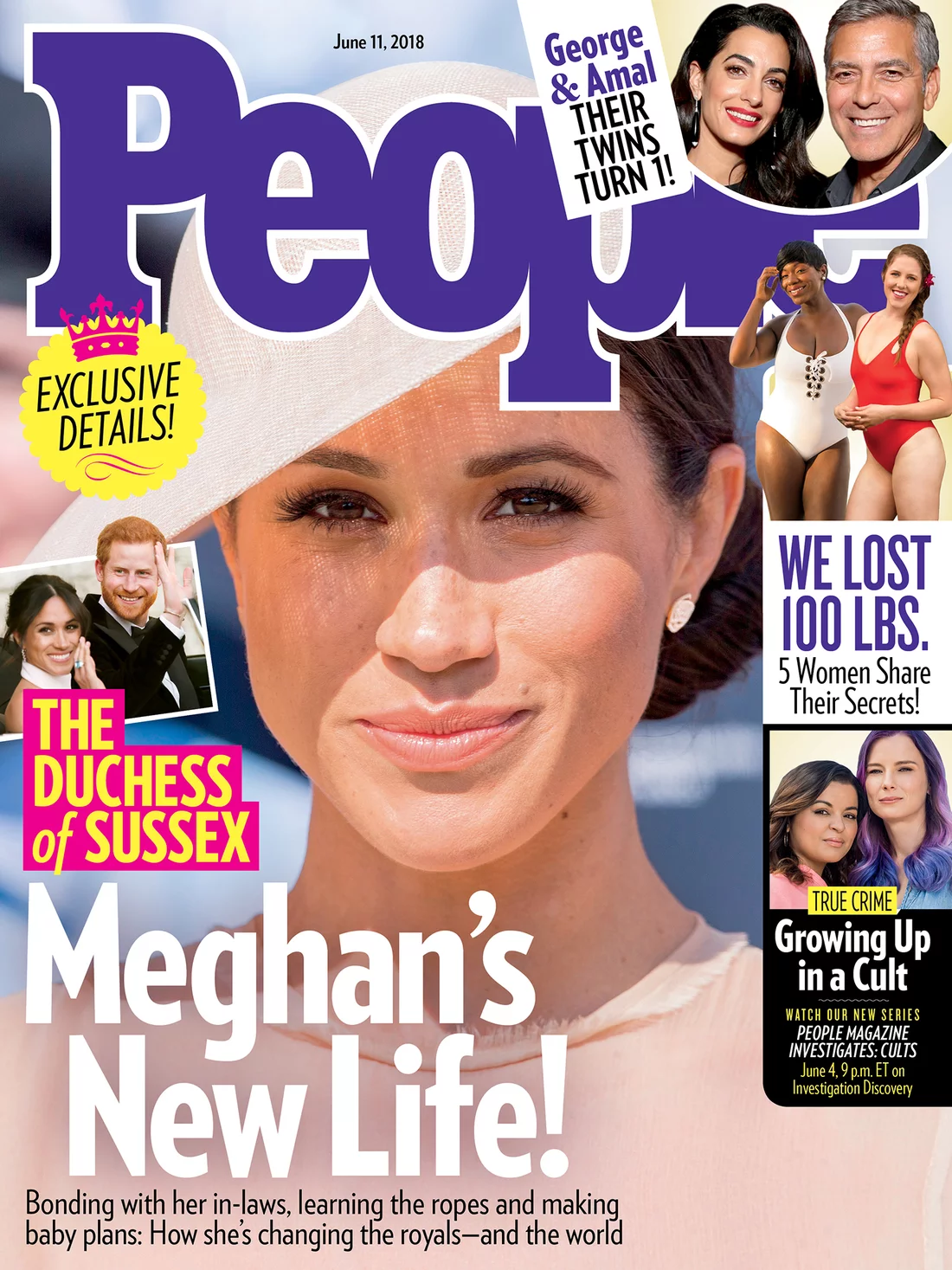 Other than choosing a healthier lifestyle for her daughter, Saintfort also chose to make this decision because, as an artist, she wanted to enhance her onstage performance and increase her self-esteem. As a super-mom, she would often overlook her personal wellbeing and she also wanted to do something to help her in her battle against her lymphedema.

Her initial goal was to lose 100lbs and when she reached her goal in under 12 months she felt amazing and knew the changes she made were working.

#throwbackthursday Messing up is not the problem, not learning from it is!!! A slip up does not discredit the hardwork you’ve put in! Remember, tomorrow is a new day to be better than yesterday! You got this ❤️🏋🏽‍♀️❤️ #ms100lbs #weightlosstransformation ✨ total of 127 lbs gone forever ✨ #peoplemagazine

So how did she do it? Saintfort began with making small, impactful changes to her diet, keeping an eye on her caloric intake and exercising twice a day. Saintort also offers these five tips for leading a healthier lifestyle, straight from her lips:

On my weight loss journey, I had to clear my mind of all negativity and everything that was stressful. So, I wrote out everything that caused me stress including work, relationships, family, etc. I was over being overwhelmed. When I finally got rid of the unnecessary stress, I became free. I hated my job, so I got a new one. My ex-boyfriend and I were not happy, so we broke up and it allowed me to fall in love with ME. My family wasn’t being family, so I had to love them from a distance. On my journey, I would have to be selfish. I had to put myself first for once. I was able to focus on what was important… Me!

I suffered from Lymphedema, a condition of localized fluid retention and tissue swelling caused by a compromised lymphatic system. Added stress made it worse. It was imperative that I remained stress free as much as possible. We’re human and sometimes we can’t control events in life. I had a high blood pressure scare when I lost a loved one to an unforeseen death. I was getting headaches and was fatigued but didn’t think to take the time out to check on my health. It’s imperative that we listen to our body, protect our body as warning signs are real. I had to quickly gather my thoughts because I didn’t want this condition to worsen. I was able to control it and avoided medication.

There were times when I wanted to eat, simply because I was down, felt alone, or overwhelmed. I had to learn that overeating only hurt me, especially when it was time to weigh in. Instead of eating to cheer me up, I found pleasure in shopping for workout gear. It felt good to reward myself, while feeling sexy in the process.

Exercising was a great way to manage stress. When I had a bad day, I would find my release in the gym. It’s like I was getting a two for one.

As much as I had fallen in love with the scale, it quickly became my enemy. I was extremely happy when I would lose weight and extremely sad when I would gain it back. Instead of the number on the scale, I learned to focus on the small things that seemed impossible in my heavier days. For example, I was able to finally cross my legs. I was ecstatic. Lacing up my shoes had become easier. I was able to do so without sweating profusely. I was now able to play with my daughter without saying, "no, I’m too tired." Life had become amazing!

Non-scale victories mean that you’re making progress no matter what the scale says. Measurements are a great tool as well when it comes to weight loss success. Look at yourself in an old pair of jeans or even a new pair of jeans. Though the scale may not have changed, losing inches is still an accomplishment. 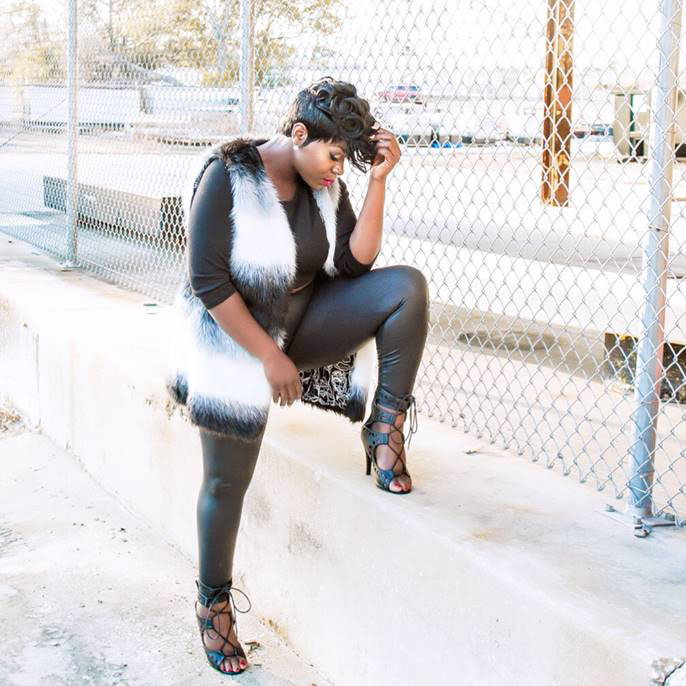 Realistic goals are key on your journey. I know, we want to see results immediately. Setting a goal of 100 lbs, initially, seemed impossible. However, in my mind, I wanted to lose 30 lbs, in one week. I learned that the more realistic I was on my journey, the smoother it would become. One has to realize that weight loss is not a race. It’s a process that will eventually become a lifestyle. Take your time. I would set short and long-term goals. For example, in the month of May, I would set a long-term of goal of losing 10 lbs. I would then set a short-term goal of 5 lbs. I would do my best to hit my long-term goal, but if I did what I had to do, I would at least hit my short term goal. It’s like I was tricking my mind. That way I would never feel disappointed because in my mind, I had still hit a goal.

Understand that your journey is YOUR journey. It’s ok to get inspired by someone else’s journey, but don’t beat yourself up while trying to be like them. You don’t know what obstacles they faced to be where they’re at. Your journey should be designed for you at your own pace. Believe… work hard… and fight. Success will meet you before you know it!

TO MY SUPERSTAR, MY DAUGHTER, THE ONE WHO CHANGED MY LIFE....I vow to never stop fighting for you! My daughter has accompanied me to almost all of my interviews and performances. I’m so happy that I was able to teach her the importance of a healthy lifestyle and that any goal is achievable through hardwork and consistency! She will never have to worry about another classmate calling her mommy fat ❤️🏋🏽‍♀️❤️ #ms100lbs #mywhy #youcandoit

Why do you want to lose weight? What is your why? Is it for you? Your child? Your health? This a question that one must ask themselves. On top of a host of reasons, my daughter was my why. I fought for her. It’s imperative that I’m around for her... to watch her grow. My health was deteriorating when I was unhealthy. Whenever I felt like quitting, cheating, or crying, I thought of her. I thought of how she would feel if I gave up. She watched me live an unhealthy lifestyle, so I was determined for her to watch me live a healthier one. I had to remind myself that I am the first role model in her life. I had to teach her the importance of health. Most importantly, I taught my daughter the importance of setting a goal and realizing that it’s achievable through hard work and dedication.

On my journey, I had to learn to hold myself accountable. If you have a meal outside of your diet, then of course there may be repercussions. However, we would act so shocked when it’s time to face them. It’s ok to mess up a few times on your journey… You’re human. It’s not the mess up that hurts us, it’s when we don’t learn from it. I would constantly remind myself that tomorrow is a new day to start over and to be better than yesterday. 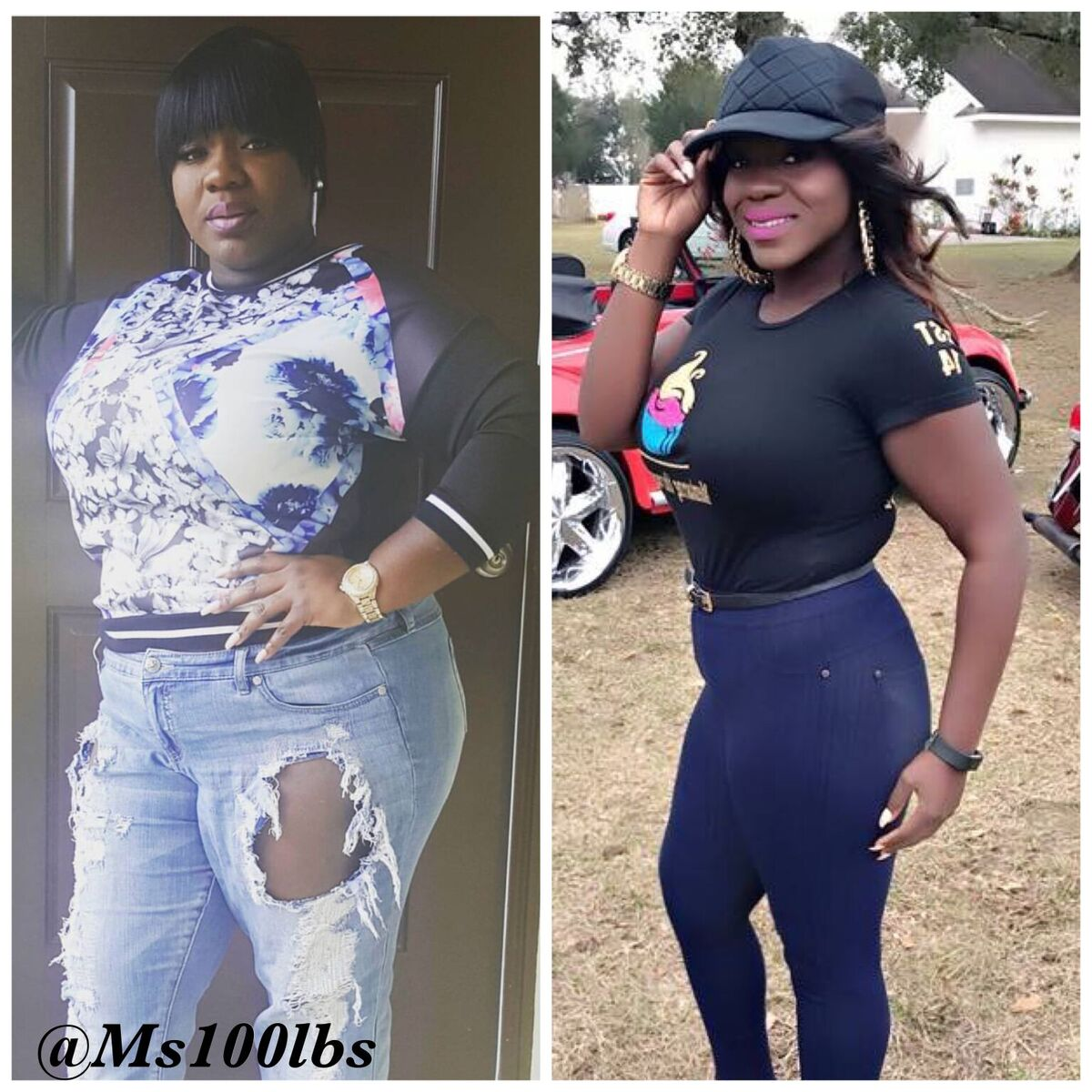