The Future Is H.E.R.: 10 Things To Know About R&B’s Leading Lady

Who is H.E.R., you may ask? She's certainly not the industry plant social media made her out to be this week. The 23-year-old singer, songwriter, and musician is one of R&B's most promising stars today who has reached phenomenal heights so early in her career.

Until 2016, she was going by the name Gabi Wilson – a shorthand version of her real name – until the mysterious songstress went through a rebrand to create the persona we now know as H.E.R.

The introductory period of her career was spent keeping her real identity under wraps to keep the focus on her music. That decision paid off in more ways than one because fans all over got a chance to connect wholeheartedly with the singer's many hit songs and beloved projects, including her Grammy-winning namesake debut EP.

Since then, H.E.R. has been a name on everybody's lips, and after shedding the layers of her secrecy, we've grown to fall in love with the young talent. Most recently, she's become a certified household name after earning two Grammys this year for Best R&B Song and Song of the Year, as well as an Oscar this past week for her Best Original Song featured in an Academy Award-winning film, Judas and the Black Messiah.

With so many accolades now under her belt, those who were unaware of her talents began speculating rumors she was brought into the music game as an industry plant. However, those who have been fans of Wilson and H.E.R. for the past few years know that's far from the truth. For anyone still wondering who exactly H.E.R. is, read up on these must-know facts about her life and music career.

Before she was H.E.R., her stage name was her real name.

Born Gabriella Sarmiento Wilson, H.E.R. – an acronym that stands for Having Everything Revealed, is just a recent name change that came about to hide the singer's real identity. Before then, she started her career off going by Gabi Wilson, making music and performing live at places like the BET Awards. These days she's lighting up awards show stages and the Super Bowl.

She covered an Alicia Keys classic on the Today show at the age of 10.

Back in 2007, H.E.R. – then Gabi Wilson – performed a live cover of Alicia Keys' "If I Ain't Got You," singing and playing the piano. Even then, she was considered a promising young music prodigy just beginning to build a buzz for herself.

She appeared on Radio Disney’s Next Big Thing.

Two years after her Today Show appearance, H.E.R. starred as a finalist on an American Idol-like radio show contest hosted by Radio Disney. Though she lost this, the real prize came two years later when she connected with Sony for a record deal.

She signed her first record deal when she was 14-years-old. 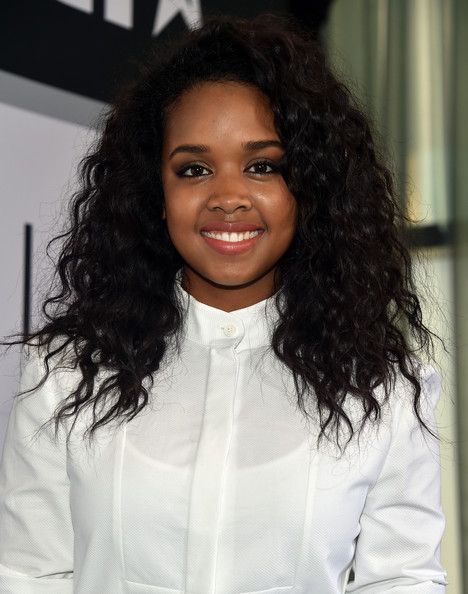 H.E.R. knew she was destined for music greatness even as a young girl, and her journey began early on after inking her first record deal at age 14. Years later, her mainstream career would finally take off.

She can play five different instruments.

Not only does H.E.R. have an incredible singing voice, but the young musician also has a knack for playing a plethora of instruments, including the piano, drums, electric, acoustic, and bass guitars. She's truly a jack of all trades in the music world.

When RCA Records announced H.E.R.'s reemergence in 2016, she was introduced to the masses as the singer behind the oversized, dark shades. However, over the years, her shades got lighter, and she began posing for pictures more candidly, so we have finally put a face to the name.

Co-signs in the music industry are super important in solidifying an artist's reputation, and her has gotten sign offs from some of the biggest stars today, including Janet Jackson, Rihanna, Alicia Keys and many more. She recently got a chance to sing alongside one of her idols, D'Angelo, during his show-stopping Verzuz battle.

She's a four-time Grammy winner without a debut album.

Contrary to popular belief, H.E.R. still hasn't released a debut album yet. The 2019 Grammy she won for her "album," H.E.R., was actually for her debut EP that just so happen to fit the Recording Academy's criteria. She's earned four Grammys total for Best R&B Performance and Best R&B Album in 2019, as well as Best R&B Song and Song of the Year in 2021.

Up until this past Sunday, H.E.R. was raking up major awards with the Grammys, but she's since crossed over to earn her first-ever Oscar award. The young singer is now halfway to earning the coveted "EGOT" title, just shy of winning her Emmy and Tony Award, but it's only a matter of time for her.

She's finally gearing up to release her debut studio album.

After years and years of waiting, H.E.R. seems to have finally announced the arrival of her highly-anticipated debut album. She broke the news on social media last week, dropping a picture of a notebook with an album title and two songs so far and a caption that said, "Album!!!! #BOMM."