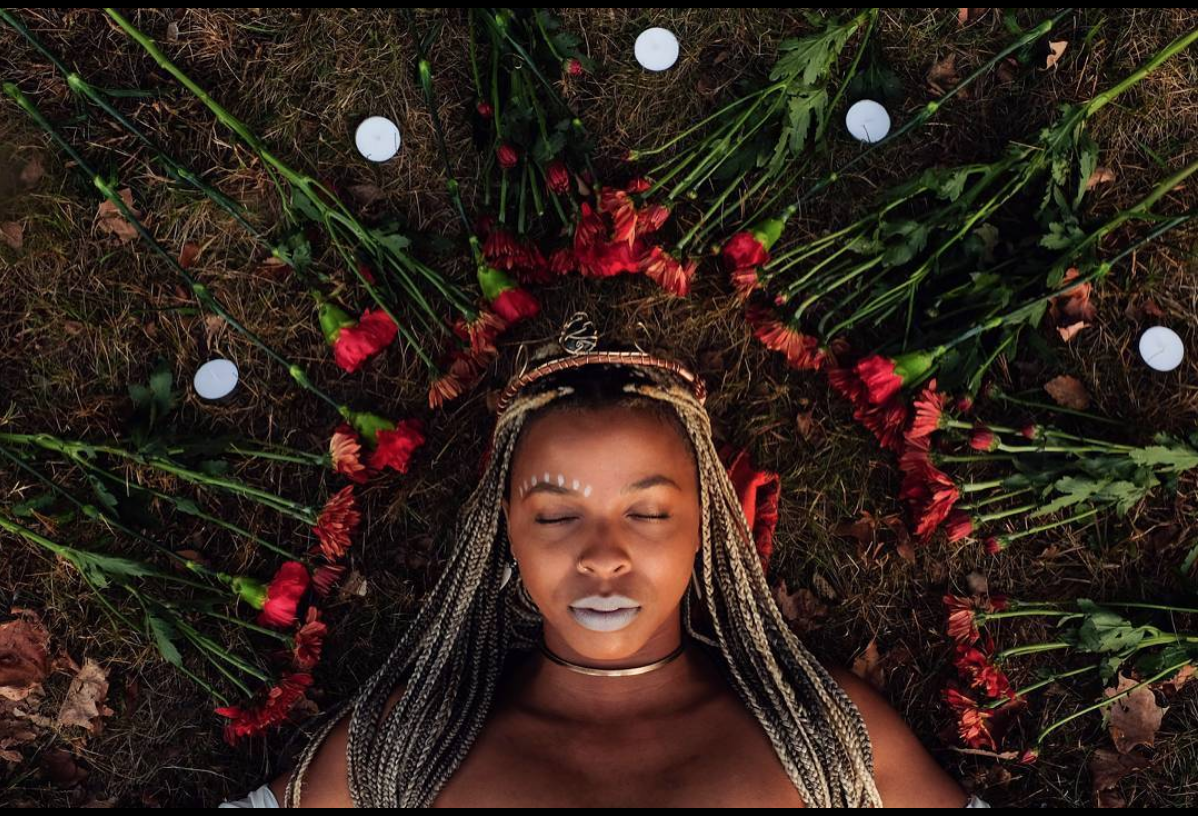 Practicing the art of self-care and healing can be one of the most difficult yet rewarding experiences in life. Particularly within the African-American community, it is absolutely a necessity for the overall health and well-being. African-American history is deeply rooted in historical trauma that has ultimately led to unresolved anger, frustration, and depression that has passed on from generation to generation.

In a nation where we are faced with mass shootings, economic inequality, mass incarnation, drug crisis, sexual violence, a partisan-divided White House, poor race relations and unemployment, it’s so easy to lose yourself while maintaining some peace of mind.

Destiny Polk knows the feeling all to well and wanted the opportunity to create a space for healing through the power of art. Polk is the founder of Radical Black Girl, an art-activist platform tailored to educate communities on pressing social issues while uplifting them through high-quality performance art.

This born and bred Bostonian artist, choreographer and producer is known for her empowering and unapologetic stage performances that speak truth to everyday people of color and other marginalized communities, most notably her opening performance at the cast introduction party for Bebe Winans “Born for This” the musical, and the Resist(D)ance live performance dance party.

Since its inception in 2016, Radical Black Girl has crafted writing and dance workshops, live art-making events, healing circles and community panel discussions tailored to the communities needs and interests. The idea for this platform came at a dark place in her life.

“I went through a period of depression,” she said. “I lost 15 pounds, my relationship fell through, and I fell out of love with dancing. I had to take time to get in touch with myself.”

Polk recalled her days of homelessness and lack of resources in her community for young artists of color to cultivate their talents.

“As I continued to elevate in my craft, I noticed there were very few black people on stage and in the audiences and I began to wonder why,” she said. “There are so many people in the hood who are talented but don’t have the opportunity to show themselves or they aren’t invited to those spaces. I wanted a place where people of color are comfortable being themselves and where artists are treated with respect.”

Polk’s focus on self-transformation and healing stemmed from a line of a poem she wrote which said: “Awakening sleeping giants who have forgotten their own name, but who is to blame for the lost language?” This is a what she said is a “calling for the radical awakening of the authentic self.”

“This platform is here to remind black and brown people of our greatness. We truly have been sleeping on ourselves,” Polk explained. “Poverty, mental enslavement, violence, and drugs have conditioned us to think lowly of ourselves. We have endured unspeakable trauma from generation to generation. We have to remember who we are and where we came from. We have a whole diaspora separated from culture, language, and history. Through the power of art, we can go back and retrieve what is lost and recreate it into a better version. We need to see examples of success defined by ourselves. Healing isn’t going to come from government assistance or city officials, this change is a collective community effort.”

Recently, Polk debut her first short film at the this year’s ILLUMINUS festival in Boston called “When the Sea Rises,” a video performance exploring the importance of being vulnerable through life challenges while keeping faith in one another. Much of the projects created under the Radical Black Girl platform are funded out of pocket. The money is usually reinvested into community projects and to make sure all artists are paid for their work. “Radical Black Girl has taken a life on its own. It’s a movement that couldn’t be successful without the power of collaboration,” said Polk. “Luckily, I was given a grant to put this together. I teamed up with local dancers and a videographer, to discuss the intention behind the film. Everything from the choreography, the color of the fabric, to the originally composed music evoked raw and authentic emotions.”

As the year comes to an end, Polk’s vision for this platform goes far beyond her community. She hopes to revamp the website and turn it into an innovative art hub that connects thousands to the world of art activism. Next year, Radical Black Girl will be invited to showcase at the South by Southwest Music Festival in Austin, TX. “Radical Black Girl is a vital resource that needs to be shared around the world,” she said. “I want people to see themselves through this work.”