Being on social media can open you up to being praised and being picked apart. Some people believe negative comments only live in the comment section of celebrities and influencers, but in reality, everyone has come across a comment on their page that was less than friendly.

Often times, we are able to handle those levels of malice, but then there are those times when we struggle with the pressures of being a young adult and trying to prevent it from affecting our self-esteem and confidence. Award-winning actress, writer and teaching-artist, Tocarra Cash, created a workshop entitled The Image Monster to take on the impact social media has on the lives of young women of color. 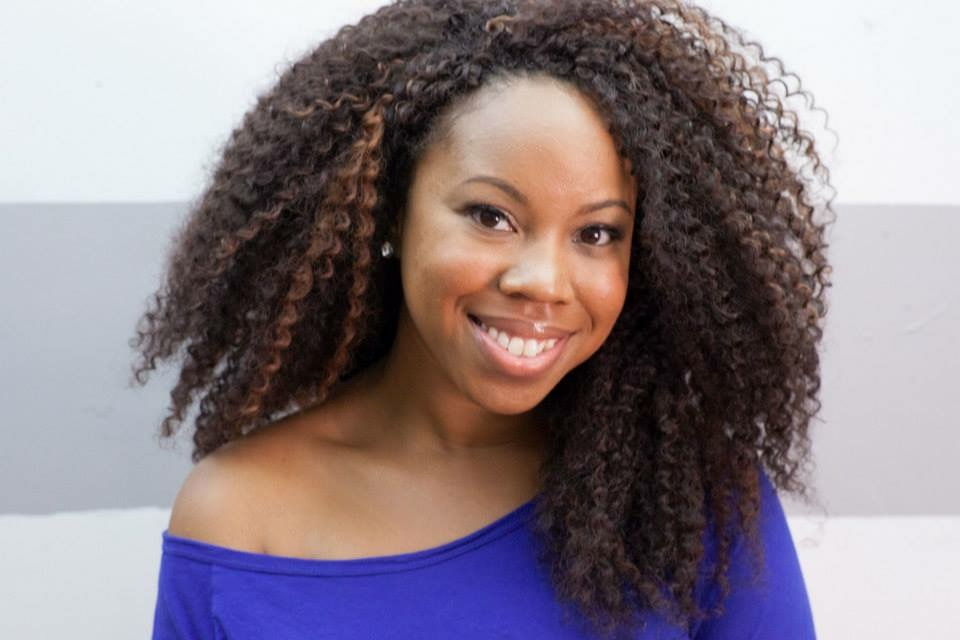 Cash is a proud, Spelman College Alumna living out her dreams in New York City. While doing what she loves, she feels passionate about pouring her heart into others in order to help them embrace their own talents and find worth within themselves.

21Ninety caught up with Cash to learn more about her acting career, The Image Monster and what we can expect to see from her in the upcoming year:

21Ninety: There is so much we can talk to you about, but let’s start with your “day job.” You are an award-winning actress and have worked in some critically-acclaimed shows and films. How did you get into acting? Did you always know you want to be an actress?

Tocarra Cash: You know, it’s actually funny to hear acting referred to as my “day job,” because I definitely still think of myself — like so many of my peers — as constantly hustling in this industry while having literal day jobs to sustain myself between acting projects, like teaching, public speaking, etc. Acting is more of my “dream job” that I’m immensely blessed and I'm fortunate now to be doing way more than I did, compared to when I got to NYC 10 years ago. But nevertheless, trust me, I’m still hustling [laughs]. 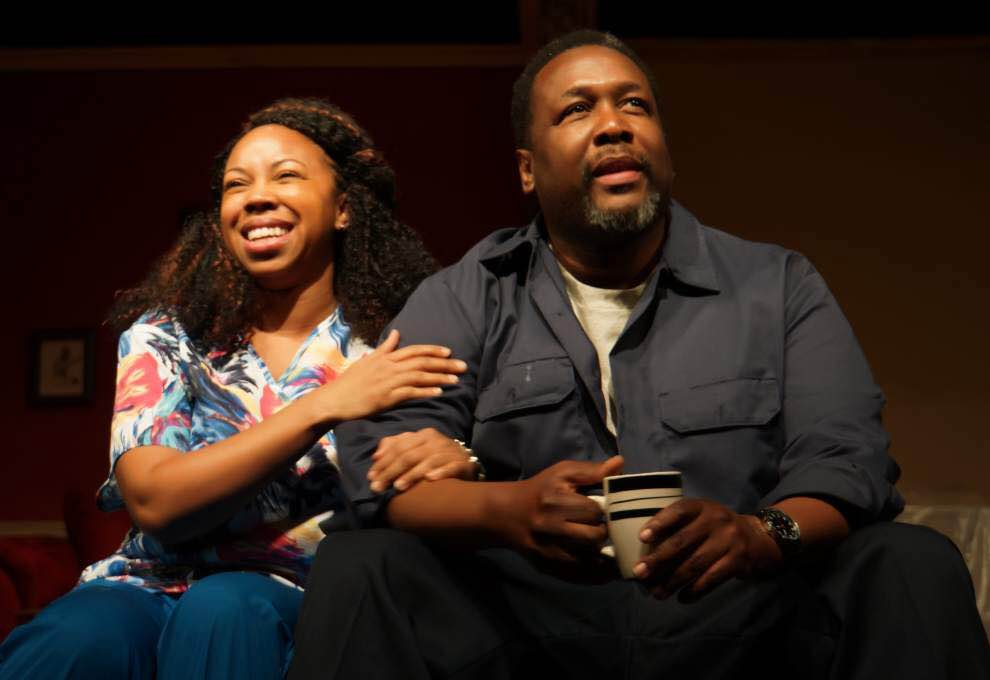 In terms of how I got into acting, I knew I enjoyed it — or was "bitten by the bug", as they say— when I was 13-years-old. My English teacher suggested I audition for The Little Shop of Horrors in the theatre department of my performing and visual arts high school, Stivers School for the Arts in Dayton, Ohio. I was cast as Mrs. Luce in that and fell in love with the stage, but it wasn’t until college, at my beloved Spelman College, in Atlanta, GA — with the encouragement and guidance of my mentor — that I seriously started to consider it professionally, like “Oh, you mean I could build a career out of something I already find to be super fun?!”

21N: Currently you are in the Broadway play The Play That Goes Wrong, and this is your Broadway debut! How has the experience been for you?

TC: It’s been dreamy. Like, truly. First and foremost, I just adore this company, mostly because they have me dying laughing on the daily — whether we’re backstage, onstage, on a text thread, they are just some of the funniest and most supportive people I’ve ever met.

It’s also been incredible to see all of these disparate parts of my life come together to support me in this moment — family, friends from middle and high school, college, grad school, NYC friends, friends from former day jobs, friends flying in from all over the country, former teachers and professors. So very many people from over the course of my life have shown up to experience this moment with me, and it’s so moving that I can’t even quite really articulate how very much it means to me. 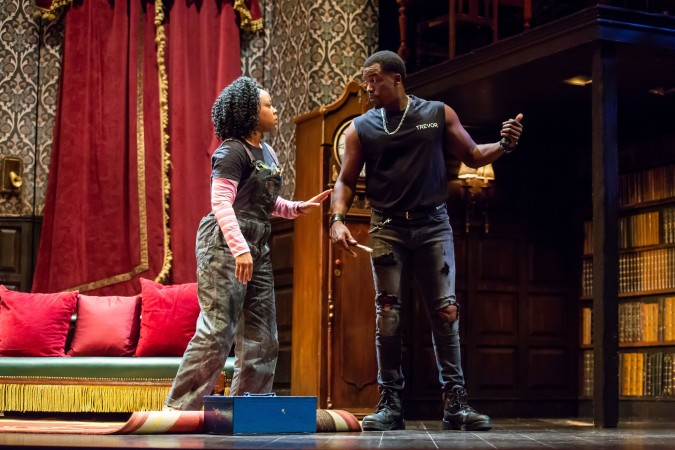 21N: What’s one of the major differences between film acting and acting on the Broadway stage?

TC: Everything is pared down for a film performance — it’s a smaller, more intimate situation being in front of the camera. The camera picks up everything, so subtlety it is your friend. Whereas onstage, you’re trying to reach folks in the last row of a vast theatre, so it’s quite the opposite — everything needs to be a bit bigger, both physically and vocally. Also, the instant gratification of seeing and hearing how your audience is receiving the story while performing onstage is pretty special. Not that I don’t find film special (I do in other ways), but you often don’t know how an audience has received it until it’s officially out and people are starting to see it. And even then, you still might not hear anything [laughs].

21N: In addition to acting, you are also a teacher. Tell us more about your teaching endeavors.

TC: While I’ve never been a teacher in the traditional sense, I’m a Teaching Artist, having taught acting for various after-school programs and arts non-profit organizations. I’m currently the Media Literacy Facilitator for the Young Media Minds Program at HBO, which is an after-school program that engages students in several Media Arts over the course of a year out of HBO’s headquarters.

21N: You also have a hand in your alma mater’s, Spelman College, Homegrown Creative Collective. How did you get involved with that initiative?

TC: While I haven’t been able to be involved in it the past two years due to acting projects, I was one of the curators in its initial year, 2016, coming together with my Spelman sisters, Adeola Adejobi (whose idea it was) to spearhead the Homegrown Film Festival portion of the collective, which showcased the television and film work of our alumni from both Spelman and Morehouse who are making strides in the entertainment industry.

If you missed it yesterday morning, catch my segment on @nbcnewyork’s #PostivelyBlack with the wonderful @tvtracie where I discuss the launch of my new workshop, “The Image Monster,” which helps college-aged WOC explore & process self-image and and an inclusive, realistic definition of beauty in the image-obsessed, social media fueled society in which we live. And if you work for a college or university and see a need for this on your campus, reach out to me at theimagemonster@gmail.com. Link to interview in Bio! 👸🏿👸🏽👸🏾 * * * * * BIG Thanks to @shabazzcommunications, @tequilla.white & @thyshamshabazz, my PR Dream Team! * * #theimagemonster #workshop #collegestudents #womenofcolor #woc #beauty #selfimage #bodypositivity #diversity #wellness #selfesteem #creator #curator #host #publicspeaker #actress #createyourownopportunities #dreamchaser #dreamcatcher #onwardandupward #grateful

21N: Speaking of initiatives, you also lead your own workshop entitled, The Image Monster. What inspired you to want to start this workshop?

TC:  The Image Monster is a workshop which I created, curate and host, and it’s geared towards college-aged young women of color to help them explore and process self-image and beauty standards in the image-obsessed, social media-fueled society in which we live now. It uses improvisational drama exercises, writing exercises, interactive games and facilitated discussion all for the purposes of embracing and celebrating a diverse, expansive definition of what it means to be beautiful.

It’s incredibly important to me because I see the effects of social media and its obsession with the way image has on young women (and full-grown women, myself included) and I felt strongly pulled to do something in order to address it.

21N: What lasting message do you give the young adults who attend your workshop about the impact of social media on self-image and self-worth?

TC: My hope is that they walk away feeling seen and heard. There is so much power in being able to connect with others in an authentic way and share your experiences regarding self-image and self-worth so that these young women don’t feel alone. While the calling card of social media is to connect people, it can often be an isolating force — making us feel alone with its unhealthy obsession with image and celebrity. So while one workshop won’t change everything, I want them to at least have gained one step toward a healthier self-image and sense of self-worth through real, in-person connectivity. Connection is empowering.

21N: How do you personally internalize/overcome the effects of social media, good and bad?

TC: This is something that I don’t mind admitting that I constantly battle with, because being an actor, social media is now a necessary tool for managing my career, but if I didn’t need it, I honestly probably wouldn’t engage with it. I’m not exempt from its negative impact on self-esteem, so I tend to take social media breaks, sometimes for a few days, sometimes for a week, sometimes for a month or longer. It’s important to keep things in perspective and being able to embrace myself rather than compare myself. 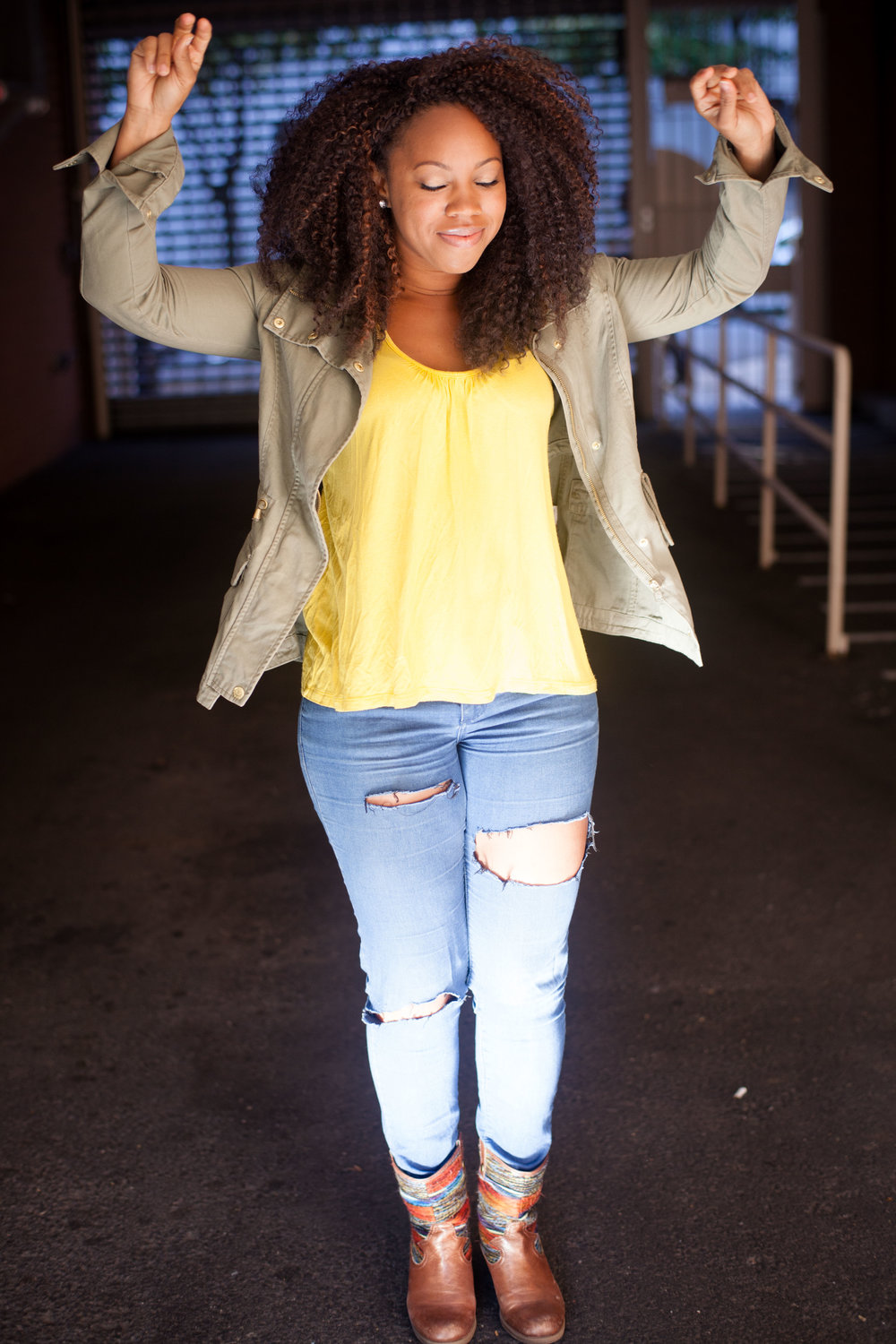 21N: With all that you have going on, what’s next for Toccarra? Or are you living in the moment right now?

TC: I am so living in the moment right now [laughs]! It’s an incredible moment, and I just want to soak in every second. With that said, I am actually booked for an upcoming production next spring that I can’t quite reveal yet. But I can tell you it’s across the pond.

21N: Do you have any encouraging words for the women of color who are looking to get into acting? Women who want to start their own company/brand?

TC: All of the things that make you unique are your greatest weapons in this industry. Don’t waste time trying to be like somebody or something you think you’re supposed to be like. Embrace who you are.

Also, while learning the craft is super important, start learning now about the business of being an actor. There is so much I had to learn, by trial and error, about the business part of it all. I realized I could have really benefited from knowing a lot of that while in school, before I got out here in the real world. After all, it isn’t called show-art — it’s called show business. Approach it like you’re the CEO of You, Inc., and try to keep it separate from you as a person. It will protect your mind and spirit as you navigate this monster of an industry, and help you more freely cultivate the art and craft of it all.

And please always remind yourself that there is no timetable to success — that goes for both acting and/or starting a business. It doesn’t matter if everyone around you seems to have big things happening for them earlier than you — your timeline is yous. Trust that it in the grand design of it all, you will blossom exactly when you are supposed to.

TC: If you attend or work for a college/university, and think there is a need for The Image Monster workshop for the women of color on your campus, please feel free to reach out to me at theimagemonster@gmail.com! Also, to stay updated on what I’m up to, follow me on IG, Twitter, and Facebook. And visit my website at www.toccarracash.com.