Putting out a highlight reel of triumphs has become a norm in our society. In a land full of "overnight successes" and the glamour of stardom, it is refreshing to see a star who is transparent with their come-up story because it reminds us all that they are human and we are not that different after all. 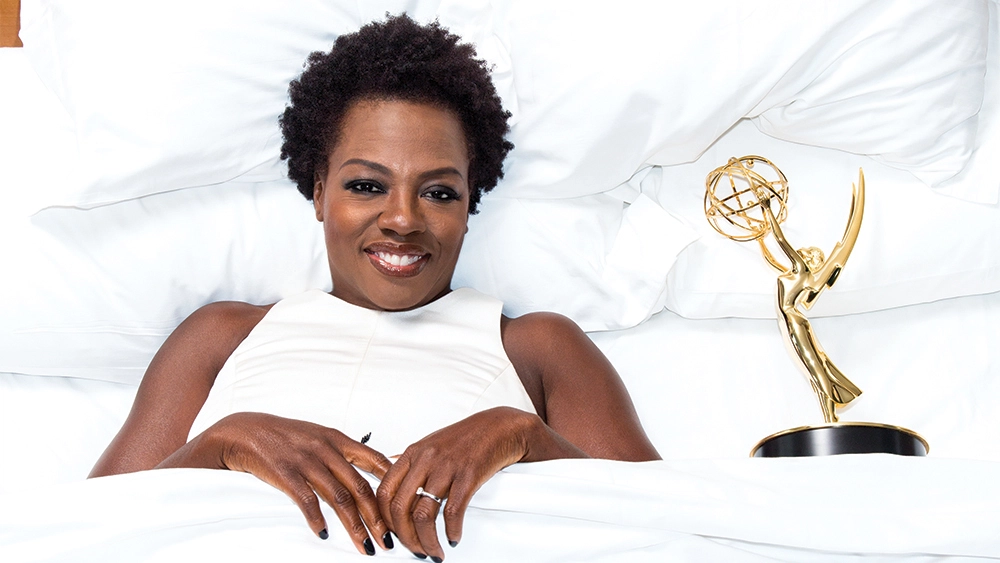 Viola Davis is one of those exceptional individuals who has done extraordinary things but is still trying to appeal to the young girl in her who experienced multiple hardships including hunger, poverty and witnessing alcoholism from her father.

"If I didn’t talk about my journey, I would be denying that 6-year-old girl who was hungry, who wet the bed, but who also was tough," Davis told Variety. "She also dreamed big. She also was a lot of fun. A huge part of who I am is still trying to please her."

Growing up, watching films provided an escape for a young Davis. One film in particular that had a lasting impression on her was Cicely Tyson in The Autobiography of Miss Jane Pittman.

"This beautiful, magical transformation happened in the midst of all that poverty," Davis recounts. "It elevated me out of my situation and stimulated my imagination. I knew I needed to make a life doing this."

During her interview with Variety, the reporter describes a sweet moment between Davis and her 8-year-old daughter, Genesis. While Davis posed for her photo shoot, her daughter ran into the room and Davis stopped what she was doing to embrace Genesis and make evening plans with her. This tender gesture may seem small to some but this interaction between mother and daughter represents a generational win for the Emmy-, Tony- and Oscar-winning actress. Genesis is growing up in a manner vastly different from her mother’s, but thanks to Davis’ tenacity, the love/support of her husband of 15 years, Julius Tennon, and her commitment to be the greatest version of herself she can possibly be, Genesis is part of an astounding portion of the actress’ life and she may not even know it yet. 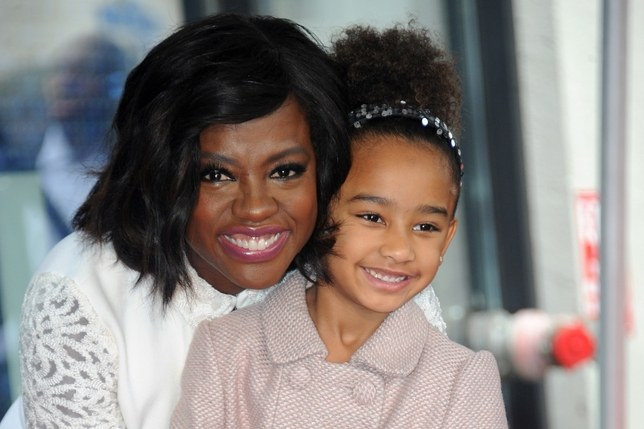 While things seem picture-perfect in the Davis/Tennon house, Davis’ job is often met with obstacles that appear to be unconquerable but she is adamant about lending her voice to put these issue on the front lines. One of the topics of interest is pay equality in the entertainment industry.

"There are no percentages to show the difference. It’s vast. Hispanic women, Asian women, black women, we don’t get paid what Caucasian women get paid. We just don’t… We have the talent. It’s the opportunity that we’re lacking," Davis told Variety.

So what needs to change? In Davis’ opinion, one shift that needs to take place is who’s sitting at the executive tables for these projects and what those people look like.

"We’re not even invited to the table. I go to a lot of women’s events here in Hollywood, and they’re filled with female CEOs, producers and executives, but I’m one of maybe five or six people of color in the room." 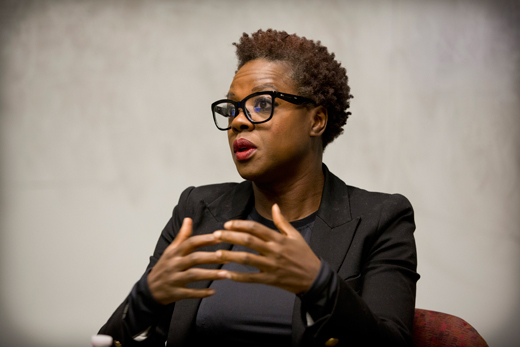 Another suggestion the How To Get Away With Murder lead shared is filming movies that not only bring attention to people who made it "into history books," but also showcase the "everyday person.”"

"If you’re living and breathing and you’ve gone through anything in your life, your story deserves to be told," Davis said.

Tennon and Davis hope to put out this type of content under their production company, JuVee. In addition to wanting to create a drama surrounding the first female and African American candidate to seek the nomination for president of the United States, Shirley Chisholm, they also want to bring stories such as Terry McMillan’s best-seller, I Almost Forgot About You, to the big screen. Virtual reality productions are also on the table for the company. According to Variety, the pair is working on a VR adaptation of Othello and The Woman King which could be used for educational purposes. 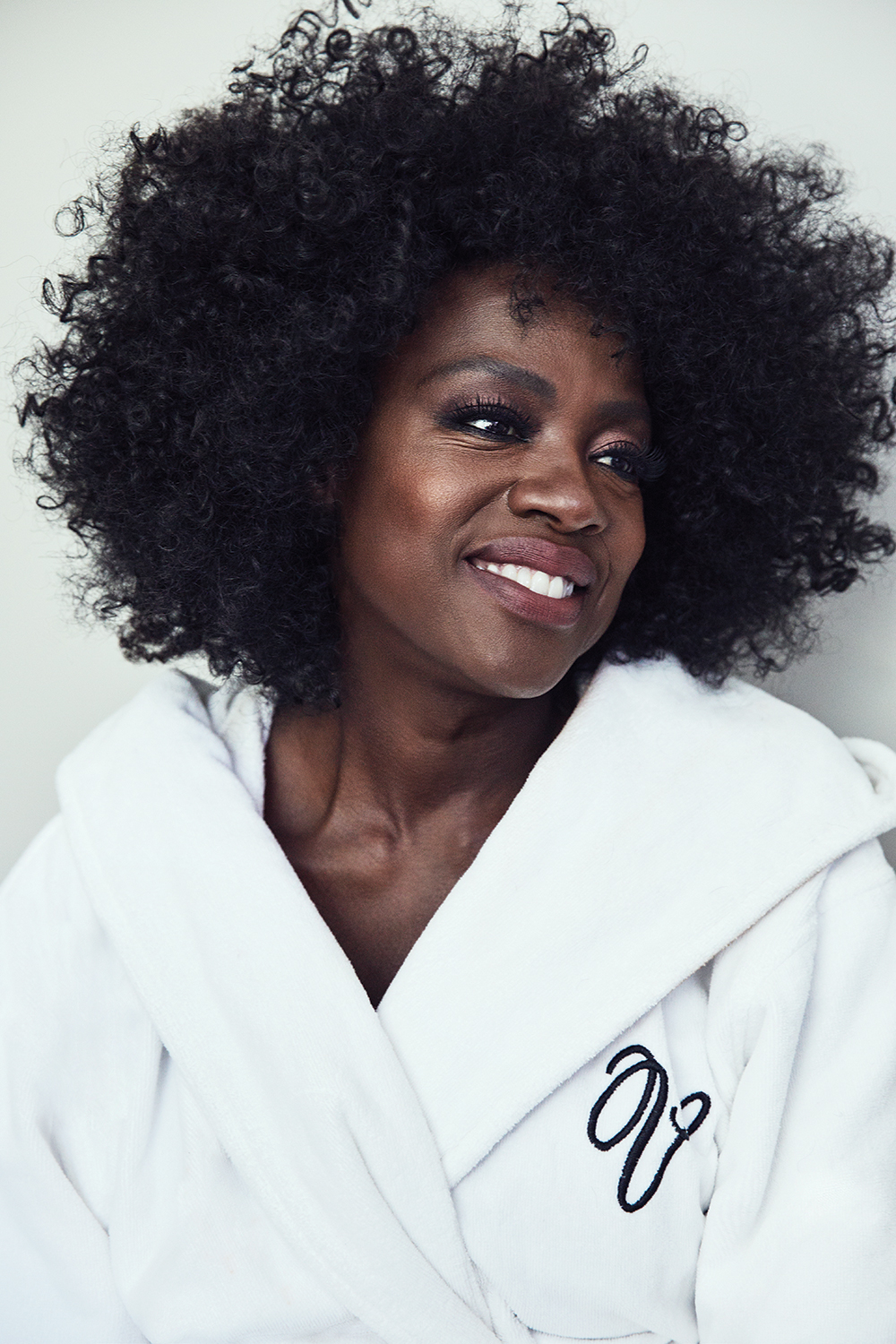 Currently, Davis is promoting a film titled Widows with director Steve McQueen in which she plays the leading character, Veronica Rawlins. McQueen encouraged Davis to wear her natural hair while embodying Veronica because he wanted a character who reflected a "real" woman  and being able to do so was liberating for Davis.

"We’re into a zeitgeist where people are fighting for their space to be seen," says Davis. "People have to know that there are different types of women of color. We’re not all Foxy Brown. We’re not all brown or light-skinned beauties with a big Afro. We have the girl next door. We have the older, dark-skinned, natural-haired woman."

The film is about four women, all widows, who are in debt due to their deceased husbands’ criminal activities. The heist-thriller follows them as they take their fate into their own hands and in turn become involved with criminal activity because in their eyes they have no choice.

"I have issues with stories of people who just get out of bed and start robbing banks," Davis shares. "As an actor, I needed to know what would drive a seemingly together woman to do this, and it always starts with someone reaching bottom." 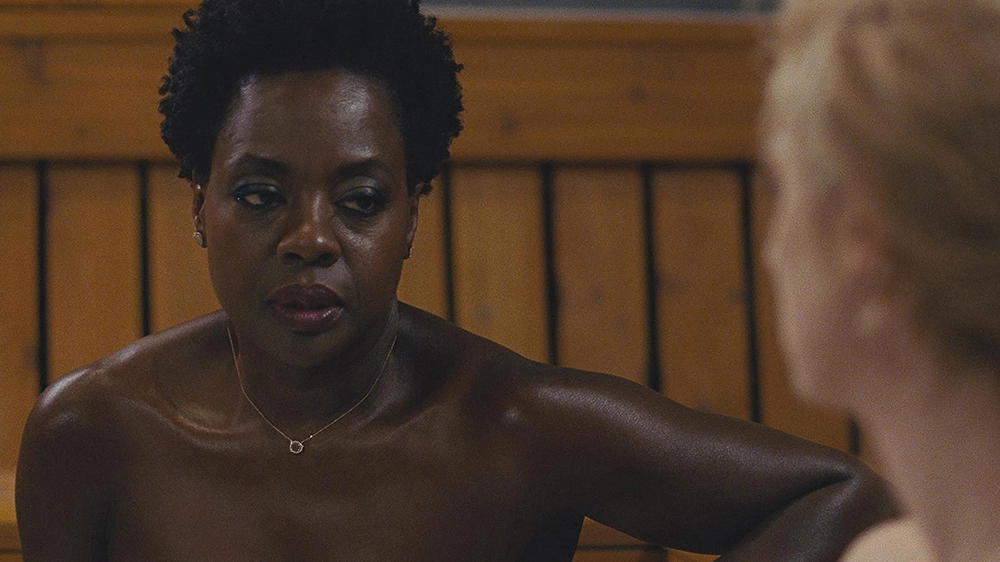 Widows premiered at the Toronto International Film Festival and is scheduled to hit theaters on November 16th. You can watch the trailer for the film below: