Keeping It Real Is Not A Phrase For Tiffany Haddish, It’s Her Truth

When it comes to Tiffany Haddish, no matter how you may categorize her, one thing we can all agree on is she keeps it all the way real. Her exemplification of #blackgirlmagic is housed in witty jokes, self-awareness and the mantra of treating others well to allow good karma to place itself onto you. While her "overnight" celebrity status is one many people dream of and desire, Haddish’s life was not always as bright as the lights her name can now be found in. As she revealed in her memoir The Last Black Unicorn, at the young age of three her Jewish Eritrean refugee father left her and her African American mother, which seemed to ignite a road of chaos for the young comedian. Eventually her mother remarried and had other children, but at the age of eight Haddish’s mother suffered from brain damage after a traumatic car crash and the mom she once knew was forever changed.

Due to the injury, her mom began to suffer from bouts of mental illness and became increasingly abusive towards Haddish and those around her. Foster care soon became a reality for Haddish and her younger siblings and while that time period proved to have its own hardships, at the age of 15, according to Glamour, Haddish was offered an opportunity to either undergo psychiatric therapy or attend the Laugh Factory Comedy Camp; she chose the comedy camp and began making a name for herself in the stand-up world.

During her time at the Laugh Factory Comedy Camp, she was mentored by amazing comedians such Richard Pryor, Charles Fleischer and Chris Spencer who helped her finetune her skills. By the early 2000s, Haddish started racking up appearances in show like That’s So Raven and It’s Always Sunny in Philadelphia. From there, she moved up from appearances to recurring roles on Real Husbands of Hollywood and If Loving You Is Wrong. As the ball kept rolling, we eventually meet Haddish as a lead in the box office hit Girls Trip and the rest is history!

Now it’s hard to find something comedy-related, or star-studded, that Haddish is not apart of.

"My opportunities are whatever I create," Haddish told Glamour. "My thoughts from two years ago is what’s happening right now. I really think my thoughts are my magic wand." 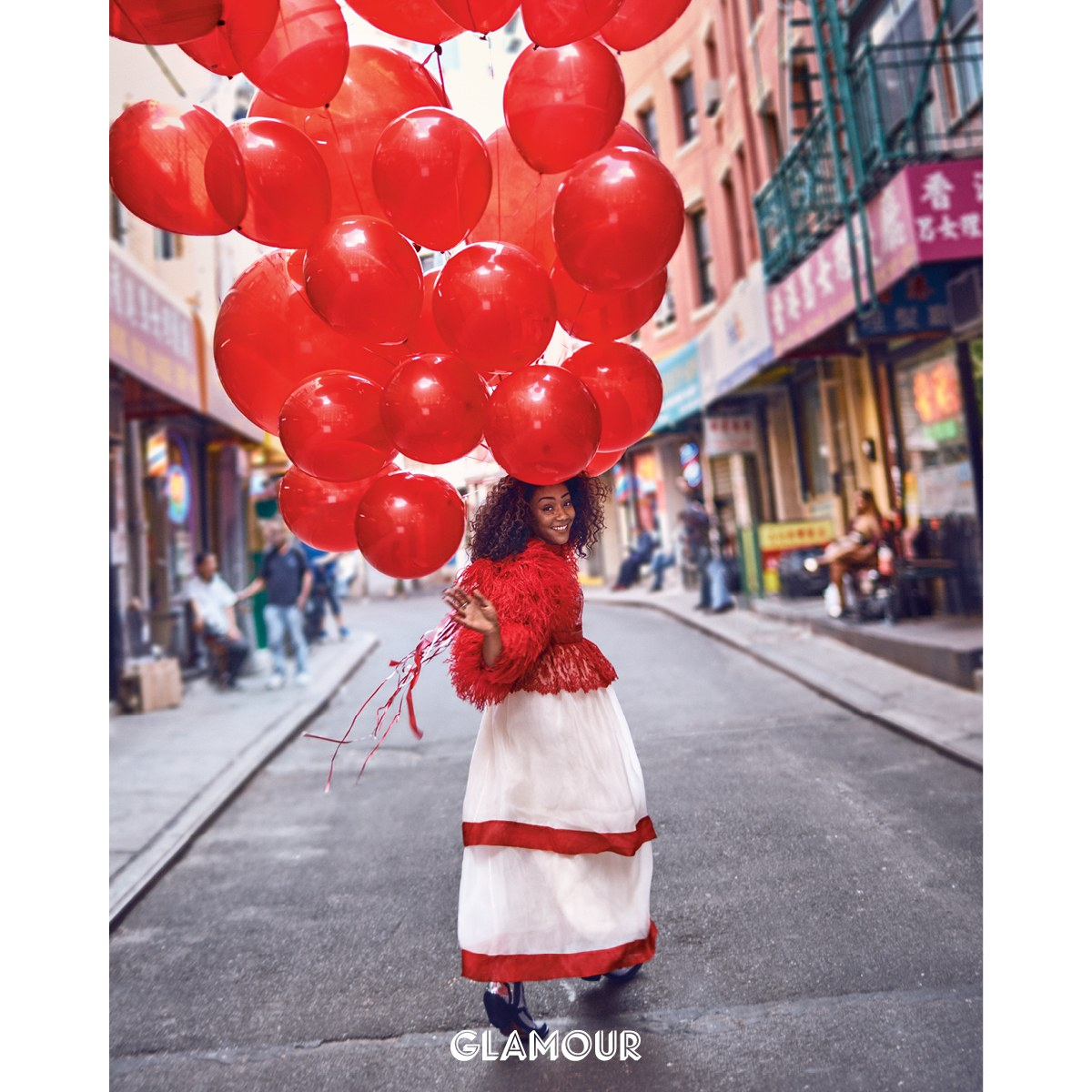 And her wand has been creating magical ripples for years. Richea Jones, Haddish's best friend of 20 years, shared with Glamour that Haddish has always had the gift of speaking predictive life into her future.

Aside from Haddish’s obvious comedic genius and acting skills, she stays relevant in the limelight by staying true to herself and where she came from. When she is asked about the criticism Tyler Perry receives for his films "perpetuating black stereotypes," she retorts to the commentary by chalking it up to ignorance.

"Explain that to me, because that’s an actual person, and everybody deserves to see themselves onscreen. I feel like all facets deserve to be seen — from the doctors to the janitors to the baby mamas to the side chicks," Haddish begins. "It’s funny because people are like, 'Oh, Tiffany Haddish is ratchet.' No, I’m your typical chick from the hood. And as ratchet as I might talk, or people might think I carry myself, I am making a living portraying myself."

In addition to unapologetically portraying herself on and off the screen, Haddish is also tough with those she works with behind the scenes, especially men.

"I’ve had experiences where directors or producers are like, 'You want this job?' I might get real bossy and say, 'First off, don’t nobody want to see your little d--k!' I get loud, all that."

Through unfortunate life experiences, she has built up this armor to not only protect herself physically but to protect herself mentally as well. At the age of 17, she was raped by a police cadet which put her in a dark place for a while. Haddish went to counseling to try to get back on track but to this day she remains guarded.

"I notice that men are afraid of women that are aggressive. So to protect myself I become semi-aggressive," she admits to Glamour. "You hear about, 'Tiffany always hitting on somebody,' but that’s to keep them from hitting on me."

And when it comes to romance, Haddish simply claims she doesn’t have time because she’s too busy trying to build her empire and be an example for the youth. Lately, she’s had her eye on Dwayne "The Rock" Johnson and his career progression.

"If he can make $65 million, I can make $65 million too. I want to get on that Forbes magazine, not for the money, but to be an example to other foster youths that it don’t matter how low from the bottom you are, you can always rise to the top if you believe in yourself." Through all the fame and changes in her income, Haddish never forgets about her family.

"I’m just glad I got some money now, because now I can do a better job at taking care of them," she says. "I got my mom out of the mental institution, like I said I would, in December, and I got her an apartment with my sister and a nurse that comes to her… (and) I ain’t never said this out loud, but I want to be able to give every one of my siblings a million dollars to create whatever they want to do. That’s four million dollars that I don’t need."

As Haddish’s career continue to bloom, one thing we know for sure will remain the same: If no one else believes in her, she will also believe in herself and diligently work toward her goals! If that’s not inspiration for ya, we don’t know what is.