During a time when black women are breaking barriers and serving up firsts, it is easy to sometime miss areas that are still in need of diversification and are lacking when it comes to the visibility of black women. For example, how many black women foresters do you know? And while we’re along that line of questioning, do you know what a forester does?

According to Data USA, in 2016, 95.6% of conservation scientist and foresters are white. When you break it down by gender, 25.9% of females make the workforce. When attempting to calculate the number of black females that go into that overall percentage it is next to impossible because no one even seems to know how many black female foresters there are. Seems strange, right? But it is a sad reality. 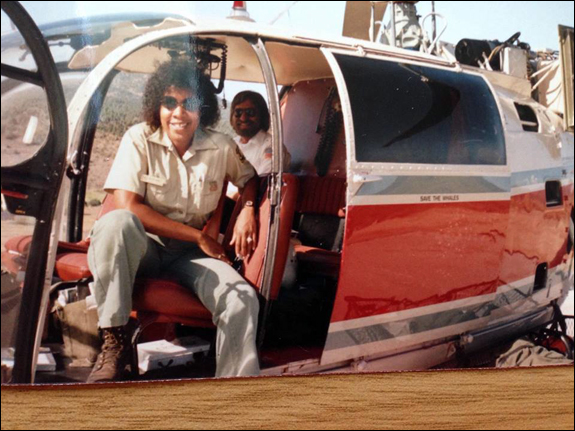 Melody S. Mobley was the Forest Service’s first black woman forester. In fact, Mobley accomplished many a first in the field because she stepped up to the plate, one very few were willing to step up to. While being a "first" is seen as a position of esteem for Mobley, being a trailblazer was not all it was made out to be.

21Ninety spoke to Mobley to learn more about her and her story as a black woman in the Forest Service.

21NINETY: You wrote a reflective piece for Mountain Journal on your U.S. Forest Service experience titled "A Black Woman Who Tried To Survive In The Dark, White Forest." What led you to name your piece as you did?

MELODY MOBLEY: A friend of mine, author Bronwyn Lea, came up with the name "Black Woman in a White, Dark Forest" for an essay I wrote for her blog. I modified it to better reflect how I feel about my overall experience in the USDA Forest Service.

21N: In your writing, you are very candid about the hardships you faced, including: Blatant racism and sexism, undermining and even rape. You address the question of why you didn’t leave saying this job was rooted in a life-long dream but was there also a fear of leaving?

MM: Frankly, I couldn't afford to leave financially. When I was forced to retire on disability, I suffered a bankruptcy soon thereafter. I was only 46 years old when the agency forced me to retire. Because of the hostile work environment, I developed clinical depression and severe, chronic low back pain due in large part to muscle spasms. Two doctors certified that the onset of these two illnesses was 80% attributable to workplace stress. 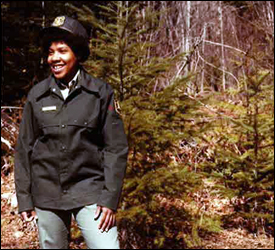 21N: Backing up a bit, you are a trailblazer in the Forest Service! You were the first black female professional forester in the agency, the first black woman to graduate in forest management from the University of Washington and as you bring attention to "typically the first Black woman to do this or that because there were so few of (you)." Did the titles ever feel like a small prize in compared to all you went through during your 28-years as a forester?

MM: Absolutely! If given the choice again, I would not pursue a career with the USDA Forest Service. The price I paid, loss of my health, is not worth it. Now, I have 6 jobs as a volunteer and love the kinds of work I am doing and the people with whom I work. My skills and contributions are recognized and appreciated.

21N: You do mention the entirety of your career was not rooted in darkness. Your love of nature began at a young age and you looked upon it as a refuge. What about being in nature made you feel that way?

MM: I always think about having a wonderful, awe-inspiring God in my life who created such spectacular natural beauty in the world. I am passionate about animals — my first love. Any time I am surrounded by natural landscapes and wildlife, I’m happy. 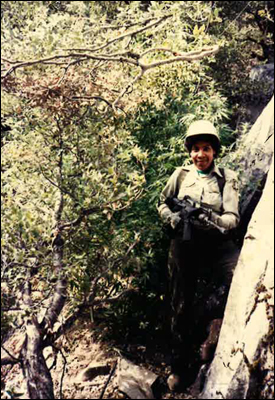 21N: While serving as a forester, were you able to revisit that feeling while completing your tasks at hand?

MM: Yes, very often, as long as the weather wasn’t terrible while I was working in the field and, most importantly, as long as I didn’t have to work with a USDA Forest Service crew. That’s when I was most tortured. When working with field crews, I was in charge of the project and they provided the manual labor. Forest Service crews routinely undermined my authority as a supervisor, questioned my skills, were disrespectful, and on and on and on. And, management supported the crews, not me.

21N: And while we are on the subject of tasks, what was a typical day like for you (if there was a "typical" day)?

MM: I had 12 different jobs in the USDA Forest Service over my 28-year career and worked in various locations. I also had a 4-month detail, with temporary promotion to GS-15, at the Natural Resources Conservation Service (NRCS), and completed a 2-year Intergovernmental Personnel Assignment (IPA) with World Wildlife Fund and the Smithsonian National Zoo. There really wasn’t a typical day for me.

21N: Something else you mention in your piece is thoughts people have regarding black people and why they "stay away from the forest." You gave two examples saying "we allegedly associate it with terror, either out of fear of nature or the history of white lynch mobs that acted with impunity in the South and other rural places," but in both of those cases fear leads the pack. You have clearly dispelled these thoughts through you career but for others, do you think these statements hold any truth?

MM: I don’t think it’s a matter of fear of natural places that Black people have. I believe some Black people prefer urban environments because they may not have been exposed to wild land environments. In general, I believe many people of color believe one cannot earn a decent wage when working in the natural resource field. When I go into schools to talk about careers in natural resources, I always tell them that my salary when I retired was $114,000. That generates a LOT of interest in working in natural resources especially from teachers and principals! 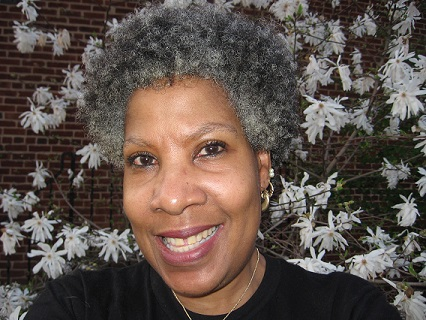 21N: It’s been over 40 years since you first began your journey with the Forest Service and at the end of your reflection you mention Congressman Don Beyer was told the number of Black women foresters is six. While that number may not be 100% accurate being as it seems the Forest Service did not know when you inquired, what do you think is keeping that number so low?

MM: I believe it is primarily a factor of two things. Number one in my mind is retention because the USDA Forest Service treats people of color so badly, they don’t stay. Second, and very important, is that no one consistently reaches people of color at the elementary school level and helps students develop an interest in pursuing studies and careers in natural resources, including STEM (science, technology, engineering and mathematics). We have got to do a better job of working with children at the beginning of their academic pursuits. In my opinion, high school and college-aged kids already have formed some opinion about what they want to do and natural resources work is not in the mix of what is being considered.

21N: When you speak to the youth you admit you tell them not join the Forest Service because it isn’t ready to "fully appreciate them and their talent." After all these years, why do you feel that way?

MM: I still do recruit for the USDA Forest Service. I don’t tell kids bluntly not to pursue careers there. But, I do share with them some of the more challenging discrimination and hostility that I endured. If they want to join the Forest Service, I have to help prepare them for this or I am not being honest. I make my message appropriate for the grade-level I am addressing.  But I do get my point across. Unless a person has strong skills academically, strong interpersonal skills and an excellent support base outside the agency, it is very difficult to be successful in the Forest Service. Forest Service top leadership and management, especially people of color in token positions at this level, are NOT doing nearly enough to support people of color. I can state from personal experience that African Americans in top leadership positions were modeling white male behaviors and not doing any significant work to support people of color in the USDA Forest Service. My contacts who still work for the agency tell me this hasn’t changed. It is sad and pathetic. 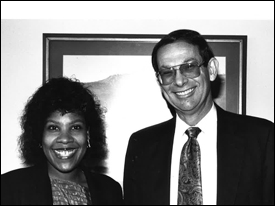 21N: Where would you suggest youth and young adults looking to engage in forestry professions?

21N: From you experience and knowledge of the agency, what do you suggest they do to increase diversity and attract women of color?

MM: ANYONE who discriminates or harasses anyone else MUST be immediately held accountable and there must be REAL consequences for these behaviors. This isn’t happening in a significant way.

21N: As a black woman who paved the way in uncharted territory for women of color, what is one piece of advice you would offer to any woman looking to "walk in your footsteps" or be a first in their field?

MM: First, be the best and brightest in your field. You must have the skills to do the job in an exemplary way. Second, build a support base within and outside the agency. Third, have very "thick skin."  Fourth, be willing to stand up and speak out for your rights, and be willing to live with the negative consequences. 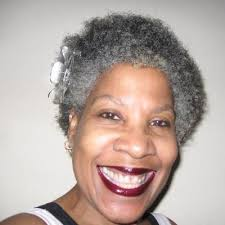 21N: In your eyes, what would real progress look like?

MM: For me, real progress would be having people of color at all levels, in all professions in more than token amounts. Agencies are missing opportunities to recruit from high populations of people of color and not doing what it takes to retain them. For example, Washington, DC, has a large population of African Americans. In the Forest Service organization here, Blacks are stalled at low level clerical positions. This is not only disappointing, it’s inexcusable.

21N: Any other thoughts you would like to leave our readers with about your experience or being a forester in general?

MM: I love being a forester although zoology is my greatest passion and first love. I do not regret becoming a forester but I do regret not pursuing degrees and jobs in zoology and wildlife management while I was young. It doesn’t matter if one is the first of anything if you don’t make a positive difference for other people coming along. I hope that by speaking out and standing up for positive change I can in some way make a difference.

MM: Next for me is, hopefully, an autobiography and more volunteer work. Currently, I have 6 jobs as a volunteer and want to pursue many more. I love to give. Now that I’m not pulling in that nice 6-figure salary my most valuable thing to give is my time. I want to make the most of it and help as many people as I can. And, I make myself available to serve as a mentor or just talk to other people who share some of my experiences in the USDA Forest Service. I always want to be a resource, and buffer, for them.  That’s critically important to me. And, I want to keep speaking out about my experiences in the Forest Service so that we can affect positive change for ALL people but especially people of color. It just has to get better. I have to believe that.