It’s not necessarily a walk in the park for women in the music industry, especially when it comes to women rappers. Through the difficulties of being a woman in the game, women like Latasha, Saweetie and Meg Thee Stallion are switching things up. 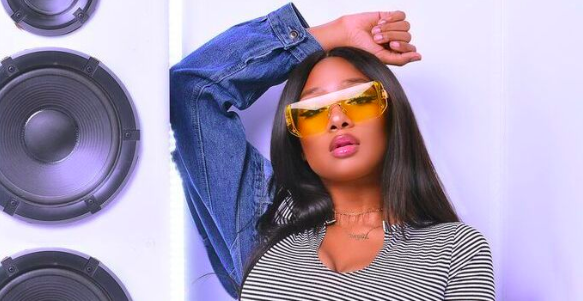 Sexism in the music industry dates back to when the genre of music started, but not much has changed since then. Ava DuVernay released a documentary which aired on BET in 2010, in which Smokey Fontaine, a hip-hop journalist, revealed that the number of women signed to labels had dropped from 35-40% to about 10-12%. By the later 2000s, Nicki Minaj was the only woman emcee who made it to mainstream media.

Even way (way) back in 2007, Billboard revealed that labels saw female artists as less of an investment due to the assumption that they were more high maintenance, unable to establish their own identities apart from their male counterparts and had lyrics that are too focused on fame and money.

Recently, however, there have been more women rappers on our radar, but there’s still a struggle in the industry, and artists Latasha, Saweetie and Thee Stallion dished on the subject in recent interviews with Mic.

Latasha is a Brooklyn based rapper who is very open about the highs and lows of being a millennial woman in her music. “If you decide to be a woman in hip-hop, I’ll commend you ‘cause the shit is difficult,” shared Latasha with Mic.

Latasha also revealed about some past traumas she faced after being cyber-bullied about her weight, followed by constantly being called an “angry black woman” which catapulted her into depression. Her depressive state lead to suicide contemplation.

After her trauma, a poet (whom she refuses to name) helped her out by gifting her $10,000 to restart her life and her career. Latasha is working through her past and is continuously creating and making an effort to help out other artists, “The goal is to help artists learn how to be sustainable and give artists the gear and the tools to feel like they can have choices again,” she shared.

Latasha isn’t alone in finding it difficult to navigate the male-dominated industry. Right along with her is Saweetie — a Santa Clarita-born artist, brand ambassador for Fenty Puma and one of Issa Rae’s favorites to listen to while driving — who has dealt with her own struggles in the industry. While she’s had music out for a while, she still finds herself needing help from male-counterparts for things like beats and producing.

“[Men] do have the resources as producers or someone who may have what you need, but there’s that underlying trade off that they’re hinting at. And I’m just not about that life,” shared Saweetie with Mic. Saweetie has found her way in the industry, partnering with her manager Max Gousse, putting out an EP and has a debut album in the works.

Megan Thee Stallion is another boss woman, born in Houston and heavily influenced by Biggie, Pimp C and Lil’ Kim. The 23-year-old is about business as much as she is about the rap game, not taking any deals in which the numbers don’t make sense. Stallion refuses to fall victim to a trend, “I don’t want to be poppin’ this year and not poppin’ next year,” she stated to Mic.

These talented, hardworking, boss women have managed to make room and make waves in an industry that deems women “too high maintenance.” We’re excited for what’s to come from these ladies and the opportunities they’re setting up for young girls of color who want to pursue the same career.